This Is The End – CAPPA 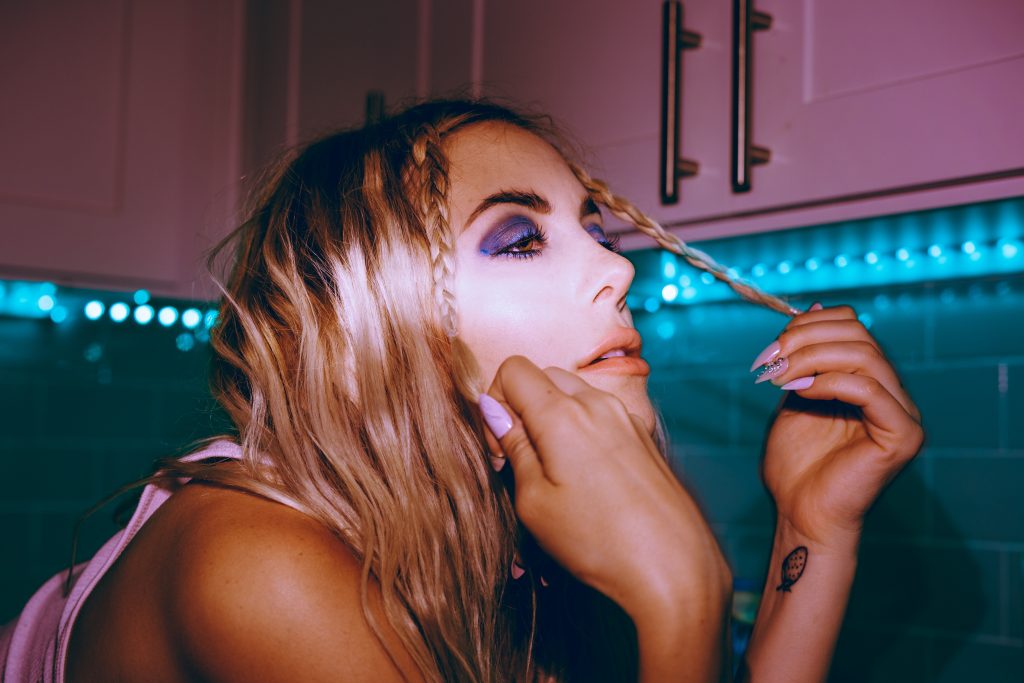 LA-based pop darling CAPPA is premiering the official music video for her new single, “Colder.” The single, which was released in late February, is a testament to CAPPA’s knack for creating catchy yet clever pop numbers. Navigating the residual emotions after the demise of a relationship, “Colder” is an instantly infectious track tethered by snappy pop grooves, sparkly synths, and CAPPA’ signature honeyed vocals.

The neon-hued music video was directed by Bradley Dunn and filmed at The Barracks in LA. “The inspiration behind the video was to create a world where it felt like a relationship was ending,” CAPPA writes of how the video brought the song’s emotionally-charged lyricism to life.

Since her 2015 breakout, “Hush,” which premiered on SPIN and was later featured in a Victoria Secret ad, CAPPA has released two EPs – ‘CAPPA‘ & ‘Queen of Hearts‘ – and a steady stream of effervescent singles. Over the years, CAPPA has been championed by key tastemakers like NYLON, Glamour, Entertainment Weekly, and Billboard. Her songs can also be heard on hit TV shows like Riverdale, Selling Sunset, and Siesta Keys, as well as in commercials for Lady Gaga’s HAUS Laboratories and Under Armour.

Originally hailing from Philadelphia, CAPPA first landed in Nashville and quickly became synonymous with the emerging pop scene there. Buoyed by her success in Nashville, CAPPA made the leap to Los Angeles a few years back and has continued to expand her resume as an artist, songwriter, and vocalist. Well-known for her hypnotic vocal stylings, CAPPA has featured on tracks for major electronic acts like SNBRN, Dirty Audio Justin Caruso, and TELYKast, and curated an exclusive vocal sample pack for SPLICE.