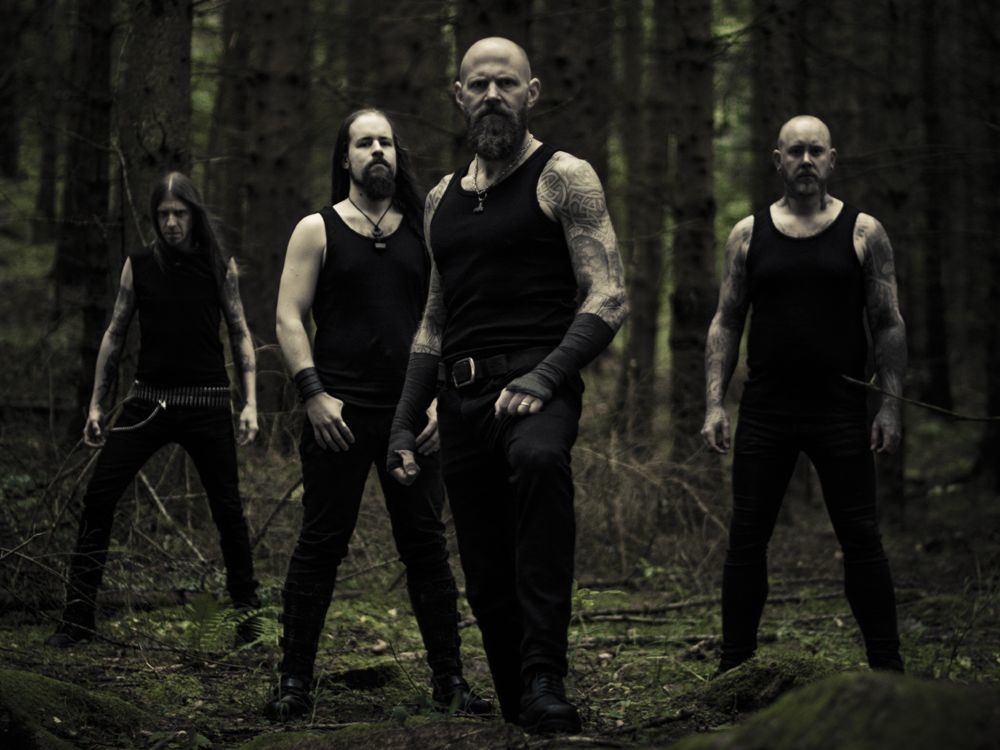 KING OF ASGARD have released ‘frôðr‘ as the first single taken from their forthcoming album “svartrviðr” (“black wood”), which is slated for release on May 28, 2021. 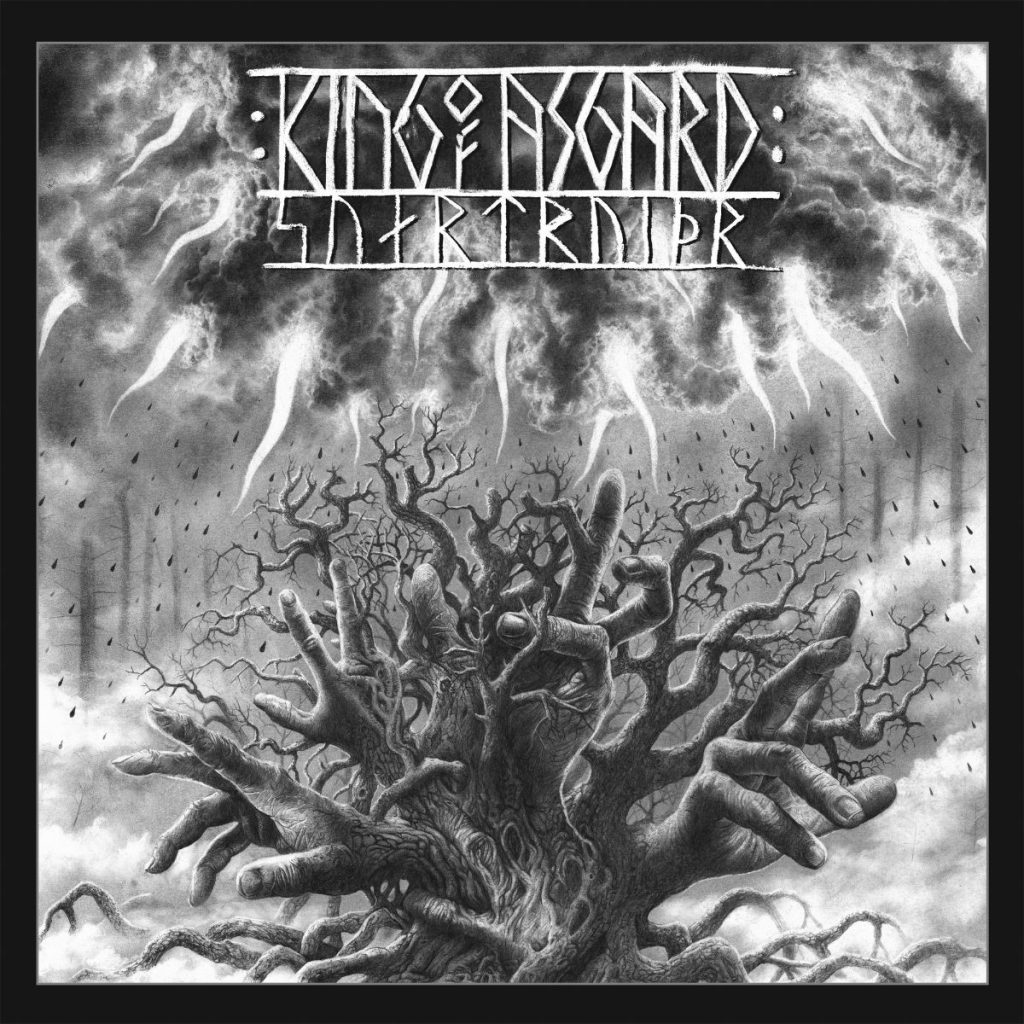 KING OF ASGARD comment: “The first single of our forthcoming album ‘svartriðr’ is called ‘frôðr’ and it is a typcial King of Asgard tune in classic epic length that includes all of our traditional ingredients”, remarks bass player Jonas Albrektsson. “The song represents our sonic vision of a sacrificial ritual, a glimpse of an ecstatic trance through a one-eyed point of view. The Old Icelandic word ‘frôðr’ means a ‘sage’ or a ‘wise’ as a noun. We give sound to the myth of the threefold death and self-sacrifice through which the god Óðinn finds the runes while hanging from the world-tree, pierced by his own spear. It is a symbolic suicide to gain knowledge and unlock cosmic secrets. In order to visualise the sound of ‘frôðr’, we recruited Jimmy Johansson from Super Lino Puro Productions, who provided brilliant images to the lyrics of ‘frôðr’ that now flicker in front of your eyes. Enjoy!”

KING OF ASGARD have prepared well for their fifth sonic assault. With “svartrviðr” (“black wood”) the Swedes continue on the course and refine the style of songwriting that the blackened death veterans established with their latest EP “taudr”.

In the band’s own words: ” We see ‘svartrviðr’ very much as a continuation of what we have started with ‘taudr’ in 2017″, write the Swedes. “We combined all the elements that grew out of and with King of Asgard since the beginning, which means aiming for the perfect balance between the grim and the epic, darkness and twilight while keeping our sound crushing and stripped down to essentials.”

KING OF ASGARD are a perfect example for the classic Swedish metal style that oscillates between harsh and evocative Nordic blackness and the captivating epic melodies of their homeland’s death metal – being easily at home in both worlds. When the band came into being in 2008 in Mjölby, in the province of Östergötland, a part of it grew out of the ashes of that city’s split-up cult act MITHOTYN, while another part had moved on to form the heavy metal outfit FALCONER.

With their first three albums “Fímbulvintr” (2010), “…to North” (2012), and “Karg” (2014), KING OF ASGARD firmly established themselves as a powerful presence within their scene. Due to their lyrical topics and visuals relating to the old legends of Östergötland as well as Norse myth and sagas, runic writing and art styles, the Swedes are sometimes categorised within the Viking or pagan metal spectrum. This label is probably also owed to the occasional use of traditional melodies. Yet, KING OF ASGARD clearly went their own way and with a marked penchant for story-telling at epic length, they forcefully claimed a muscial realm of their own.

The release of “taudr”, which can either be seen as a short album or as a long EP, in 2017 brought a fresh gust of wind to KING OF ASGARD as new members had joined the band. This left singer and guitarist Karl Beckman as the sole remaining memento to MITHOTYN, while a crew of young locals arrived, armed with invigorating enthusiasm and the weapon of great talent, which those newcomers a little later also started to display in death-buzz VANHELGD. 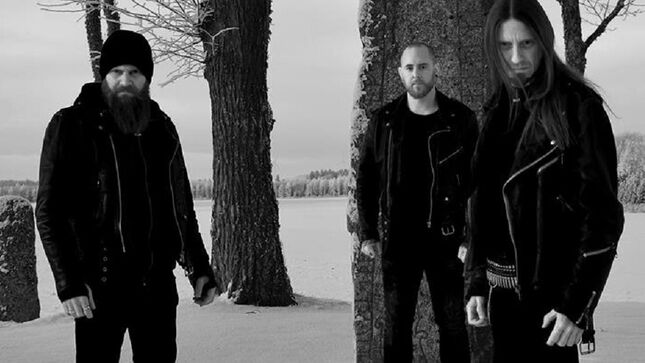 This new line-up remained stable until the present and worked diligently and hard to create their next full-length that explores the new creative and musical opportunities to the full. Teaming up with Magnus “Devo” Andersson, who could easily claim the title of MARDUK’s house producer, KING OF ASGARD made sure to maintain a black twist to their individual sound.

KING OF ASGARD invite you to explore the dark secrets of the Viking world and those glimpses at ancient rituals that lurk deep within Old Norse writings.