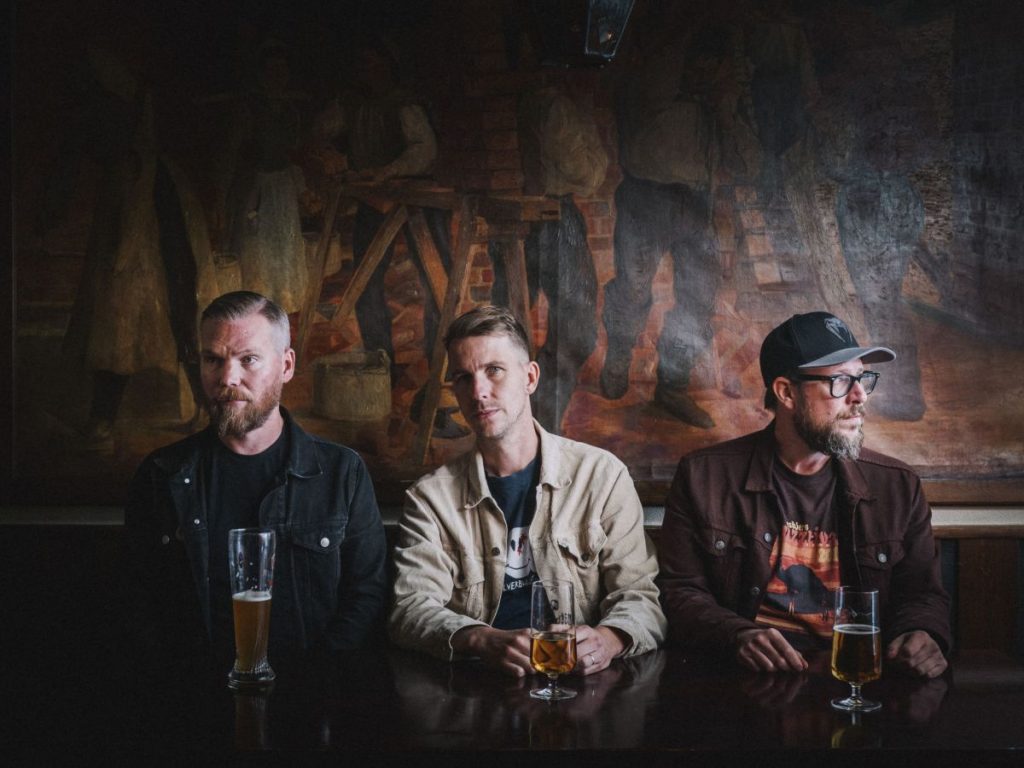 Swedish psychedelic doom-riffers DOMKRAFT have released the infectious and pounding first single “Dawn of Man” from their highly-anticipated forthcoming third full-length “Seeds”, which will hit stores on April 30.

DOMKRAFT comment: "The first single, 'Dawn of Man' from our forthcoming new album represents the sound of the physical rebuilding of human civilization", writes singer and bass player Martin Wegeland. "We need new places of worship, cleansed of fear, hate, and everything else that corrodes a society. The idea is a kind of modern pyramids, utopian 'audiodomes', and this song represents the construction phase of these. We went for a mechanical yet earthy feel, based on this rolling, neck-breaking drum beat that just keeps moving. It should feel like being in the middle of a crowd full of clenched fists wielding sledgehammers, unable to stand still. 'Seeds' was written specifically to be performed live, with all songs to not only be heard, but also felt. Since that is not really an option right now, we wanted to capture the multi-sensory experience of a live show in the most efficient way. With increased restrictions here in Sweden, we decided to record a practice space performance and then trip it out to channel the sensory overload that an ideal live experience provides. With this video, we wanted to fill the void somehow, but we can hardly wait until we're able to play in front of actual people again." 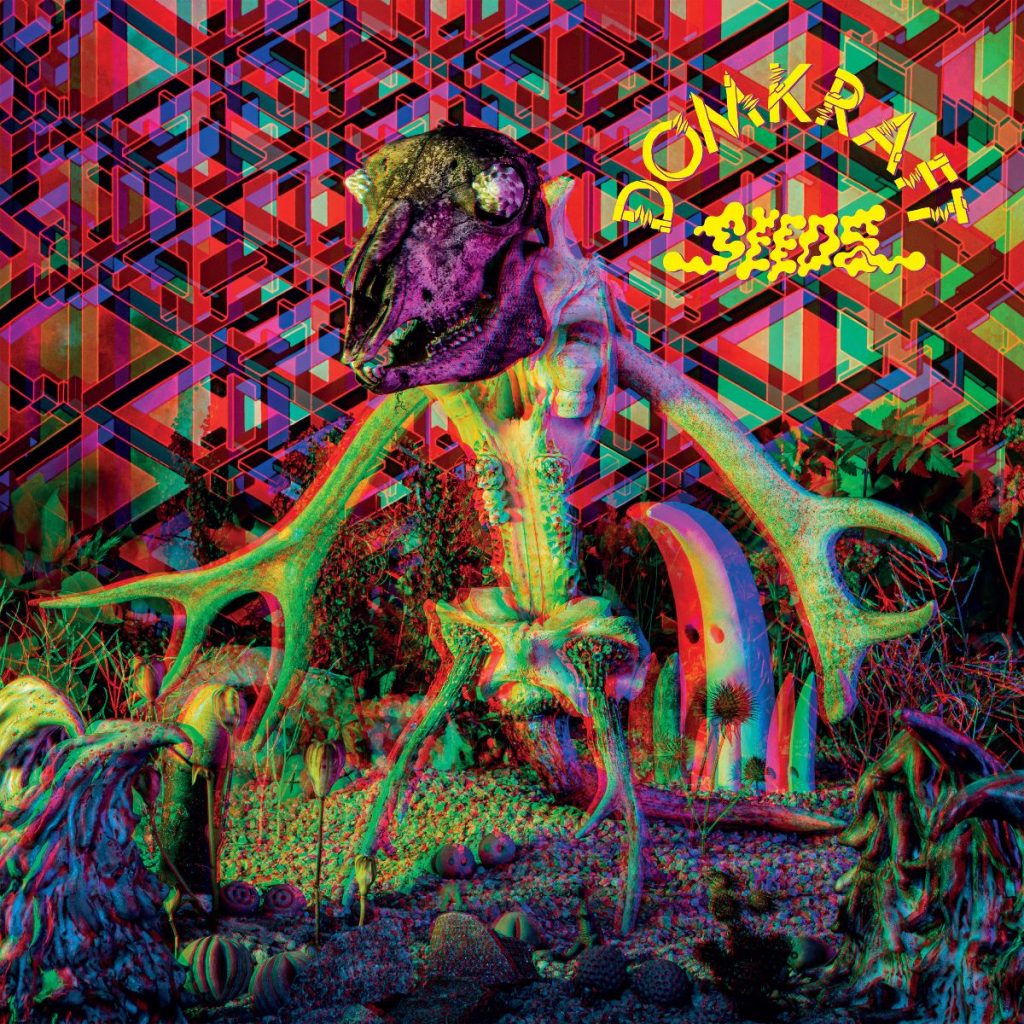 Like a phoenix, DOMKRAFT rise from the ashes of their previous apocalyptic-themed albums with third full-length “Seeds”. The latest album from the titanic Swedish psychedelic riff-doom trio focuses on the idea of emerging from the ruins to start anew, building something different and better beyond the cataclysm.

In the midst of 2020’s summer heatwave, singer and bassist Martin Wegeland, guitarist Martin Widholm and drummer Anders Dahlgren headed west towards the Baltic Sea to Welfare Sounds Studio, which is located in an old wooden house on the outskirts of Gothenburg, Sweden. There, in a great live room with borrowed air conditioning, the Swedes sweated with studio heads Kalle Lilja and Per Stålberg for three days to nail down a new epic that feels raw and alive.

With due credit to the mixing wizardry of Karl Daniel Lidén (GREENLEAF, KATATONIA, LOWRIDER), DOMKRAFT‘s trademark heft is more prominent than ever, and the ambitious lyrical themes add context to the always-massive riffs and hypnotizing flow.

DOMKRAFT have built each element of “Seeds” from a neck-bobbing pulse.  Swirling songs like ‘Audiodome’, ‘Dawn of Man’ and the title track are closed circuits in which titanic instrumental hooks feed lyrical concepts, then circle back to direct the elliptical psychedelia and sky-widening vocals.

Originally, DOMKRAFT bonded over a mutual love for SPACEMEN 3, MONSTER MAGNET, SLEEP, and HAWKWIND, to name but a few. Drawing from the heaviest of their combined influences, the trio from Stockholm crafted a sound that blends towering dirges, mind-bending psychedelia, and hypnotic minimalism, which is embodied by their monolithic 2016 debut album “The End of Electricity” and 2018 follow-up “Flood”.

Following the release of their first full-length, DOMKRAFT received invitations from and performed at prestigious festivals such as the Desertfests (BE and DE), Psycho Las Vegas (US), Blow Up (FI), Sonic Whip (NL), and many others.

With “Seeds”, DOMKRAFT have drawn a detailed map to a groove-driven heavy rock utopia, where humankind can evolve and unite. Better living through monolithic volume!

Recorded at Welfare Sounds, Gothenburg, Sweden
Engineered by Kalle Lilja and Per Stålberg
Mixed and mastered by Karl Daniel Lidén