Whatever Happened To The Teenage Dream – JODY AND THE JERMS 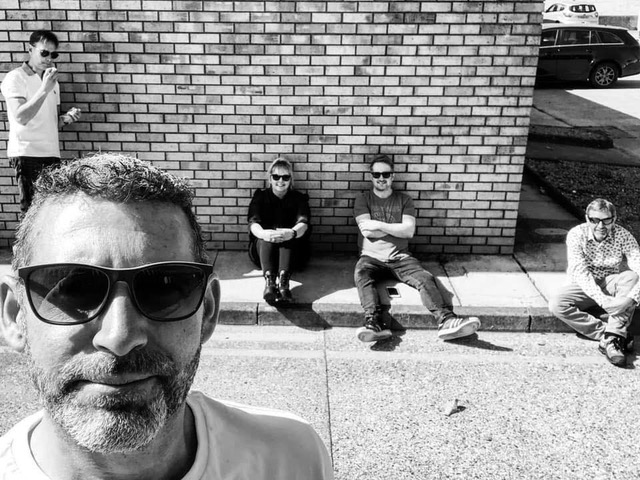 Jody And The Jerms are a sextet from Oxford, formed in 2019.

Founded by former members of The Anydays (who notably supported Radiohead and Supergrassin the 90s), the band are fronted by the singular Jody, who remarkably until last year had never sung in front of anyone. Finding her calling and an instant chemistry with the vintage-flecked indie of the Jerms, within a matter of weeks of their formation, grand plans of original material and tours soon began to form with a natural ease. “Jody had never sung before but I roped her into trying a song in the studio on the premise that I would do it if she didn’t” jokes Niall, “fortunately for everyone’s ears it worked out.”

“Get Me Out” is a track about small town suburban boredom and that yearning to escape that spring from it. Though as Jody Jeger sings “Get me out of here, I’m screaming, I need something new…”, it’s impossible to tell whether it’s smalltown suburbia, or the spiders in her garage, she’s hoping to escape more.. 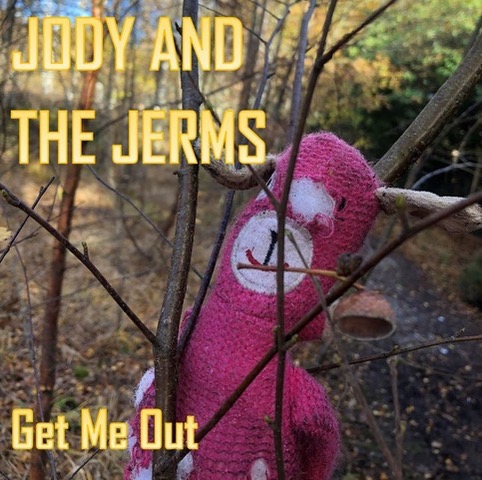 “Get Me Out” was written in November by Jody alongside Jerms lead-guitarist (and husband) Niall, though its notions of escapism couldn’t be more apposite now.  Like adult reflections of a teenage dream, it hits like a sugar rush shot from another era. With warm slide guitars woven with web-like intricacy to Jody’s airy vocal, a sense of fond familiarity also radiates from the authentic Hammond organ played by Robert Anwood. Recalling the breezy, sweet-natured indie of Belle & Sebastian or The Field Mice crossed with the power-pop punch of Sleeper or The Darling Buds, at just under the three-minute mark, it’s as endearingly shy as it is feverishly addictive.
Mastered at Fluid audio, “Get Me Out” was recorded by Stuart Jones at Woodworm Studios near Banbury (the studio previously owned by Fairport Convention).
Playing just one gig before the pandemic took hold, lockdown may have quickly scuppered Jody and the Jerms’ touring plans, but it would ultimately prove to be a major catalyst in accelerating their studio dreams.
Using the time to record a full album’s worth of tracks and secure a vinyl distribution deal, the band pressed on to release their warmly received debut album ‘Deeper’ in September. Against the odds, its singles like “It’s All Up To You” and “Deeper” won over fans at key radio outlets like BBC Introducing, Radio X, BBC Ulster, RTE and Sirius XM, plus earned the band a number of favourable reviews across the UK, with XS Noize hailing their  “seemingly effortlessness melodies and choruses which embed themselves in your head for days”. The Jerms even proved to be a surprise hit with a Spanish audience, earning support from various national media and the wider public there.
Before 2020 was out, the Jerms welcomed acclaimed singer/songwriter Peter James Millson as full-time member. Releasing their first material as a six-piece, AA-side single “Belong” // “Since Yesterday” (a cover by Strawberry Switchblade) in November, the tracks exuded the confidence of a band in evolution with all the promises of a new year on the horizon.
Making a swift return with a brand new follow-up single, the playful power-pop of new single “Get Me Out” suggests the future is already looking bright for Jody And The Jerms. Planning a full tour of the UK and Spain, plus a string of festival commitments once the pandemic is over, expect these Jerms to go viral in 2021…
JODY & THE JERMS ARE….
Jody Jeger – vox // Niall Jeger – guitar / slide / vox // Alex Bridge – drums // Peter James Millson – Guitar / Vox // Robert Anwood – Hammond organ and piano // David Meaden – Bass
Facebook: https://www.facebook.com/jodyandthejerms/
Instagram: https://www.instagram.com/jodyandthejerms/
Website: https://jodyandthejerms.com/
Soundcloud: https://soundcloud.com/user-727099785
Spotify: https://open.spotify.com/artist/3OpdHr4yd6dWoUbrdHCbaV
Youtube: https://www.youtube.com/channel/UCWdNErJj9w2V3-1FXdkRGRw
Back