Picking It Up – ADE 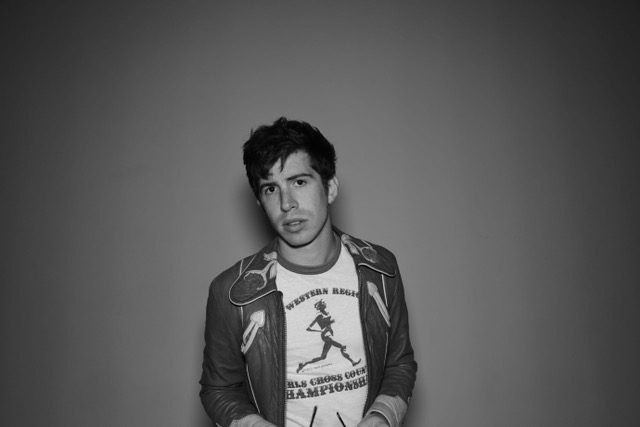 Marked for release on the 23rd April 2021 (via Trickwork), the record is preceded by the cinematic illusion of lead single: “The City”, plus an exclusive album teaser trailer.

Like the disparate strains of a dream as the waking world pours into consciousness, “The City” is an enigmatic listening experience that hints at a wider universe. Commanding a washed-out palette to create a piece of faded splendour, the track recalls the surrealist soundscapes of M83 to Angelo Badalamenti and offers a tantalising entry point to his ‘Midnight Pizza’ project. Clocking in at just 1’47, it challenges the listener to search for a deeper meaning perennially just out of focus, that all-too-soon disappears in an ether of hazy electronics. The opening track of his upcoming album, “The City” took form as Ade relocated to a new part of town in search of a fresh start and a clear path to adulthood. Although finding himself invigorated with the fresh sense of optimism, confidence and inspiration that change can bring; the feeling would prove to be short-lived. Sitting down to perform “The City” in his new apartment, the song would elicit a personal realisation that real change doesn’t happen overnight. As Ade recollects:

“As soon I sang out that first line, I could hear the same voice, from the same guy, alone in an apartment picking up where I left off, in the middle of a song I had been singing for some time now, lamenting the same paradoxes I think a lot of us occasionally experience - loneliness and actively engaging, if not reveling in, antisocial behaviors and habits. That’s the melodrama of your early 20s though I guess, but, gotta say, everything got a lot less heavy after I quit smoking weed.”

Ade is an innovative singer/songwriter and producer based in New York City. A child of the algorithmic listening generation, a potent mix of technological advancement and eclectic influence has nurtured an artist far from natural expectation. Growing up on a mixed diet of Beck and Bjork,  Weezer to Brazilian Forro compilations, Doo Wop to Dr. Dre, Squarepusher to the Backstreet Boys (whom “occupy a place of deep sentiment in (his) heart” to this day), Ade extracts from the esoteric and applies a fittingly cut-and-paste like approach to construct his own mercurial creations.
Having dabbled with a number of projects over the years, an extended phase of experimentation would eventually yield his confidently abstract forthcoming album: ‘Midnight Pizza’. Scaling through sub-genres and styles with an almost scattergun shot, Ade’s music is at once intimidatingly complex and acutely referential, but with an inviting playfulness and danceability akin to Caribou, Toro Y Moi or Gold Panda. A veritable cocktail of influences, within individual tracks Ade flirts with sepia-tinted cinematics or warped merry-go-round melodies one moment; before taking a handbrake-turn into euphoric Beat Beat rhythms or stuttering breakbeat infused glitch-tronica the next.

“I didn’t see any real reason why I should inhibit my instincts to shapeshift and experiment at the expense of expressing myself and all my musical influences. The goal of this album was to create a kind of tie dye venn-diagram wherein everything I liked and felt and was inspired by could embrace and dance around.” says Ade. 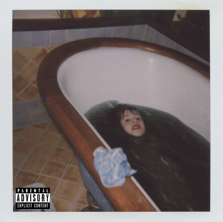 A record where fantasy and reality entwine often paradoxically, ‘Midnight Pizza’ takes an equally schizophrenic approach to its lyrical matter. Oddball phrases clash with profound epiphany. Humour obliquely shadows sincerity. Written over the past 5 years, Ade re-evaluates that familiar road that leads to so-called adulthood. A coming of age record for the millennial generation, “Midnight Pizza’ restlessly reflects on themes of social media voyeurism and surveillance, over-indulgence and insecurity.

Shedding light on ‘Midnight Pizza’, its curious title and underlying concepts, Ade says: “A midnight pizza is something we’re told you can only indulge in for so long before it takes its toll on your health, but how do we know when that is?... The surreal truth of this Zuckerverse is so many of the people I know never lost touch with the people they went to high school with (myself included), which I think has made it pretty difficult to track how much we’ve grown up, or if we even have. On top of that, all this social media voyeurism is mostly done (this past year, especially) from home, simultaneously judging one another and feeling left out from our rooms. The songs on the album are sung by the many voices in my head trying to process all this overstimulation at once, in real time. Insecurity, joy, critic, conscience, you name it. I think people are sort of rubber band balls of these voices, experiences, and contradictions - but those things are what make us bounce.”

‘Midnight Pizza’ was composed, recorded, produced, and played/programmed in its entirety by Ade, with additional orchestrations made in collaboration with CJ Camerieri (Bon Iver, Sufjan Stevens) and Rob Moose (Bon Iver, Phoebe Bridgers). Other instrumentalists entering the mix include Alex Sopp, Hideaki Aomori, Gabe Cabezas (yMusic) and Steve Marion (Delicate Steve). The album was co-mixed between Ade and Greg Tobler.
“The process of making this album was like spilling my brain on the floor, scooping it up into a jar, and getting it mastered” Ade grins.
Cathartic exploration meets nocturnal hedonism, for all its shapeshifting mystery ‘Midnight Pizza’ is a record that ultimately finds Ade as an artist comfortable in his own skin. 35 minutes of experimental pop that defies expectation and categorisation, it’s a record designed to challenge, surprise and stimulate at every turn. Grab a slice of this extraordinary debut from 23rd April 2021.
ADE WILL RELEASE ‘MIDNIGHT PIZZA’, VIA TRICKWORK ON 23 APRIL 2021MIDNIGHT PIZZA – TRACKLIST
The City
Happy Birthday
Another Weekend
In The Alley
Feel A Thing
Die
Get To Know Me
Havin’ Fun With Pharaoh
Moving Slow
Midnight Pizza