Welcome To The World – Haley & Michaels 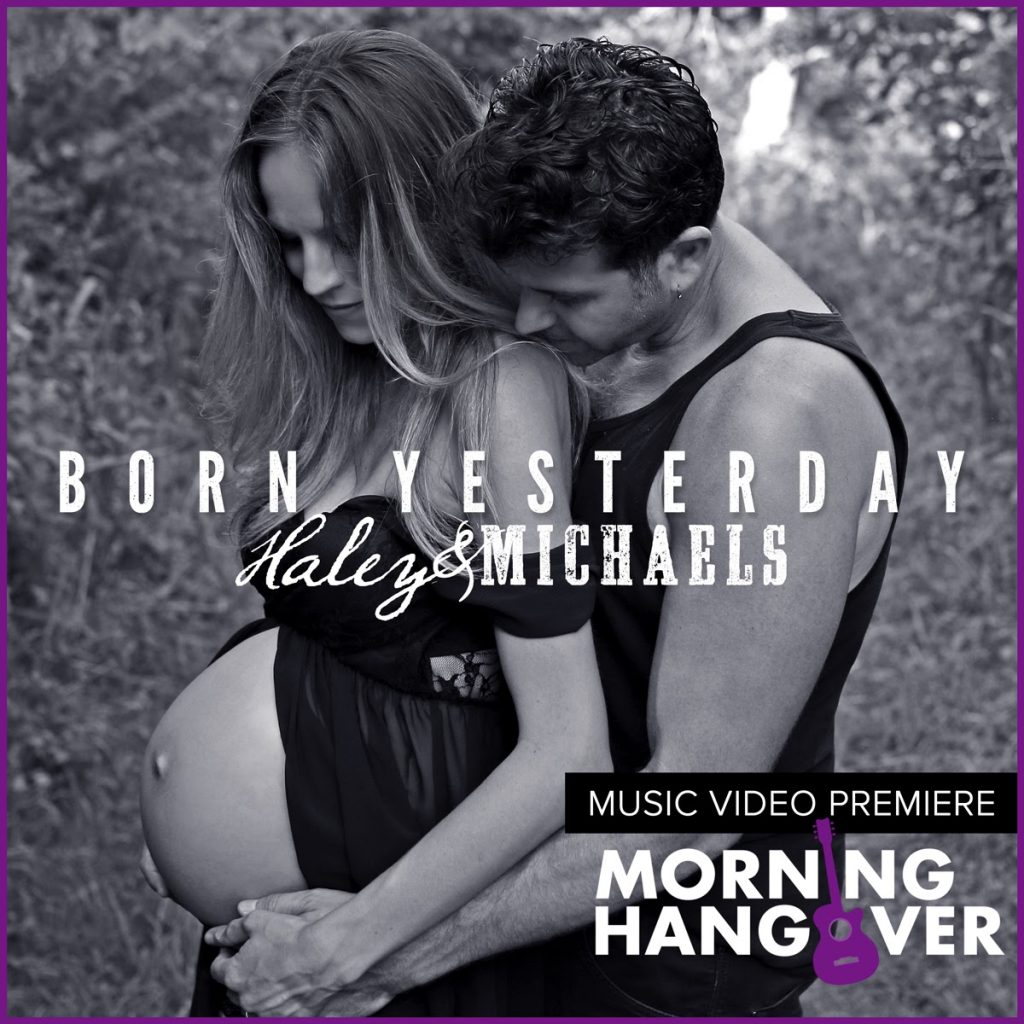 Following its exclusive premiere on the Morning Hangover, Nashville-based duo Haley & Michaels have shared the official music video for their latest song, “Born Yesterday”. The track was originally released late last year to celebrate the birth of their daughter Keira, with People magazine exclusively sharing the news and first pictures (read the piece here).

Comprised of home footage shot on iPhones, the emotional new video takes fans through a series of personal moments over the last year, from surprising Ryan Michaels’ mom, Rita, with the news of their pregnancy (Shannon Haley’s mom, Sharyl, also features later in the video; both had to quarantine for two weeks before visiting the family) to the very first moments with their newborn baby, interspersed with behind-the-scenes studio clips from the recording process.

“We wanted the music video for ‘Born Yesterday’ to be as personal as the song is to us,” the couple explained. “This video is made up of the moments we captured on our iPhones during the pregnancy and shortly after our daughter was born. “We made it with our talented friend Andy Calmes over Zoom while we were holding our Keira Harmony in our arms, which was so special and surreal. We’re excited to invite everyone literally into our homes”.

Written and produced by Haley & Michaels, “Born Yesterday” has already been streamed over a quarter of a million times worldwide, and has been featured on major Spotify playlists including New Boots and Wild Country. Since its world exclusive first play on BBC Radio 2 in the UK, the duo have appeared on numerous other BBC radio stations and the track has been featured on their original hometown radio station KRTY in San Jose, CA.

Having built a reputation for sharing personal moments with listeners through their music, “Born Yesterday” isn’t the first time Haley & Michaels have kept their real life in the forefront; breakthrough hit “Giving It All (To You)” (40m+ streams to date) was inspired by their wedding vows, and the official music video included footage from their own wedding in May 2015, along with a performance filmed at the venue, Saratoga’s Mountain Winery.

Since then, their music has taken them all over the USA, with four appearances on NBC’s TODAY show; performances at the famous Grand Ole Opry and tour dates with the likes of Jason Aldean, Dan + Shay, Chris Young and Old Dominion; helped them forge a creative partnership with their original hometown team the San Francisco 49ers; and found new fans through TV & film placements including Netflix’s Walk. Ride. Rodeo, which featured their debut album’s title track ‘Hail Mary’. They’ve been named one of Rolling Stone’s Artists You Need To Know and have been featured in TIME, The New York Times, Washington Post and USA Today.