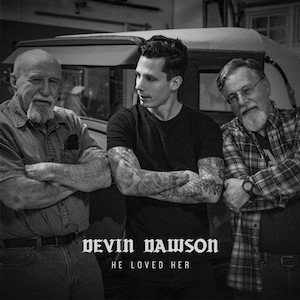 The brand new music video for Devin Dawson’s “He Loved Her” invites the viewer into both his heart and his home.

Described as “carefree, classic country gold” (ABC News Radio), the song is an honest and loving tribute to his grandfather Jerry Durrett. The video, directed by Tyler Conrad, finds the pair enjoying time together back in Dawson’s hometown of Orangevale, CA.

DEVIN DAWSON 'HE LOVED HER'

The Warner Music Nashville / Parlophone UK artist shared that prior to the filming, it had been a year since he had been able to see his grandparents. They spent their days together as simply as “He Loved Her” would suggest, telling stories and working around the house. Dawson also revealed that his grandfather was able to show him the finished Ford Model A, featured in the video, that he had been putting together for nearly 15 years.

“one of country music’s most tender and articulate wordsmiths”

The singer / songwriter penned “He Loved Her” alongside Nicole Galyon (Keith Urban’s “We Were Us,” Camilla Cabello’s “Consequences,” Miranda Lambert’s “Automatic”) and Jordan Reynolds (Dan + Shay’s “10,000 Hours” and “Speechless,” Thomas Rhett’s “Life Changes”). The track is one of six to be featured on his upcoming The Pink Slip EP (pre-order / pre-save here), available everywhere next Friday, January 15th 2021. Named for the representation of optimistic freedom showcased in lead track “I Got a Truck,” the project finds Dawson building on the edgy confidence he pioneered with Dark Horse; however, where that set found him prowling the shadows of his own stormy soul, The Pink Slip punches through the clouds.

Dawson recently hit No. 1 on both the Billboard and Country Aircheck / Mediabase US country airplay charts as a featured artist on the HARDY hit “One Beer” (alongside Lauren Alaina). “He Loved Her,” “I Got a Truck” and “bright, soulful” (Rolling Stone) tune “Range Rover” mark the first new solo releases from the breakout star since the success of his GRAMMY-nominated, ACM and CMA Single of the Year, “God’s Country,” that he co-wrote for superstar Blake Shelton. The multi-week chart-topper also landed Dawson his first-ever ACM and CMA award nominations for Song of the Year, adding to his previously earned nods from the ACM, CMT Music, Radio Disney, BMI and MusicRow Awards. 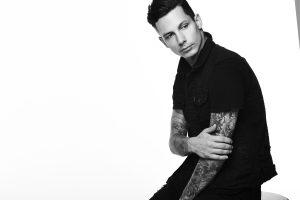 Called “one of country music’s most tender and articulate wordsmiths” by The Tennessean, the acclaimed singer/songwriter co-wrote every track on Dark Horse, which the Platinum-certified hit “All On Me.” Dawson has appeared on The Tonight Show Starring Jimmy Fallon, Late Night with Seth Meyers, ELLEN and TODAY in addition to receiving overwhelming critical praise from outlets such as HUFFPO, Esquire, Rolling Stone, Billboard, Entertainment Weekly, People, ELLE, AXS, HITS and more. The Nor-Cal native has also toured with major label artists including Maren Morris, Tim McGraw, Faith Hill and label-mates Brett Eldredge and Dan + Shay.