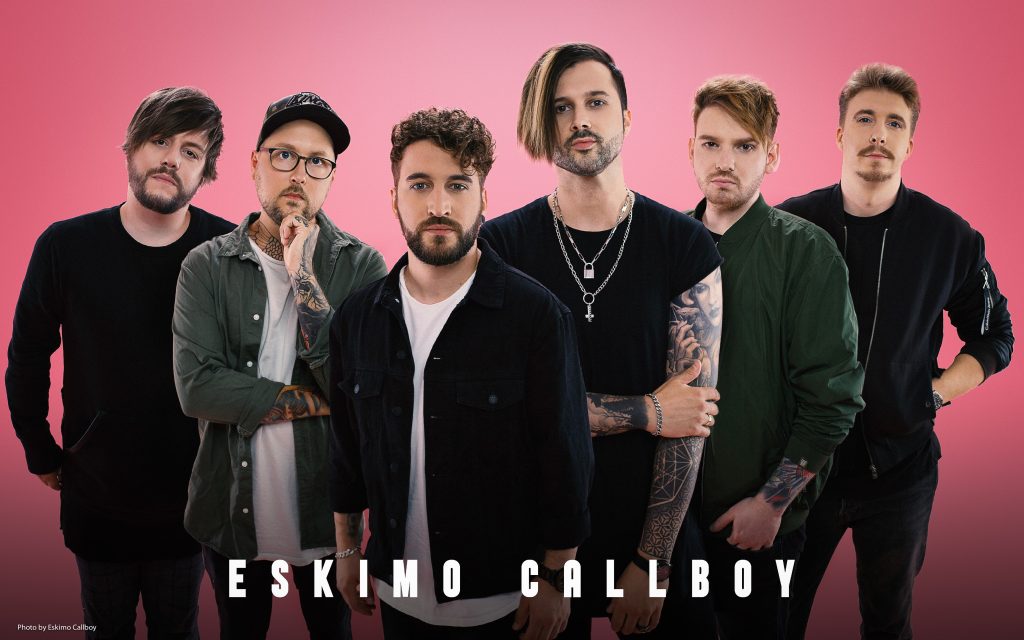 After taking the internet by storm with their hymn and the matching video for “Hypa Hypa” internationally as well as landing a #10 in the Official German Album Charts with their most recent EP “MMXX”, ESKIMO CALLBOY are announcing new dates for their massive HYPA HYPA EUROPEAN TOUR that is taking the band to a total of 11 countries in January and February of 2022.

All dates announced for January 2021 have to be moved due to the pandemic, previously purchased tickets will remain valid for all dates that have been moved. Don’t sleep on getting tickets though, some of the shows are already sold out, others were upgraded. The hype is real!

Today we come round the corner with a message that a lot of you might already have expected, but which still pierces us to our maltreated artist hearts. With the covid-19 pandemic still going strong, we are forced to postpone our upcoming tour in January 2021. After all these months of not being able to see you all, this tour was our ray of hope. With your help we could almost sell out the entire tour and even some extra dates. It‘s your wonderful support and feedback that makes us still stay positive! So we are happy to tell you that we’re gonna come back with a new album and the biggest release tour that we‘ve ever played. With bigger venues, more dates and a stage production that will take your breath away. And the best thing is, your tickets will stay valid for this new tour. We will provide you with more information on that topic soon. So we sincerely hope to see you on our new tour and wish you and your loved ones all the best. Take good care of each other and stay healthy". 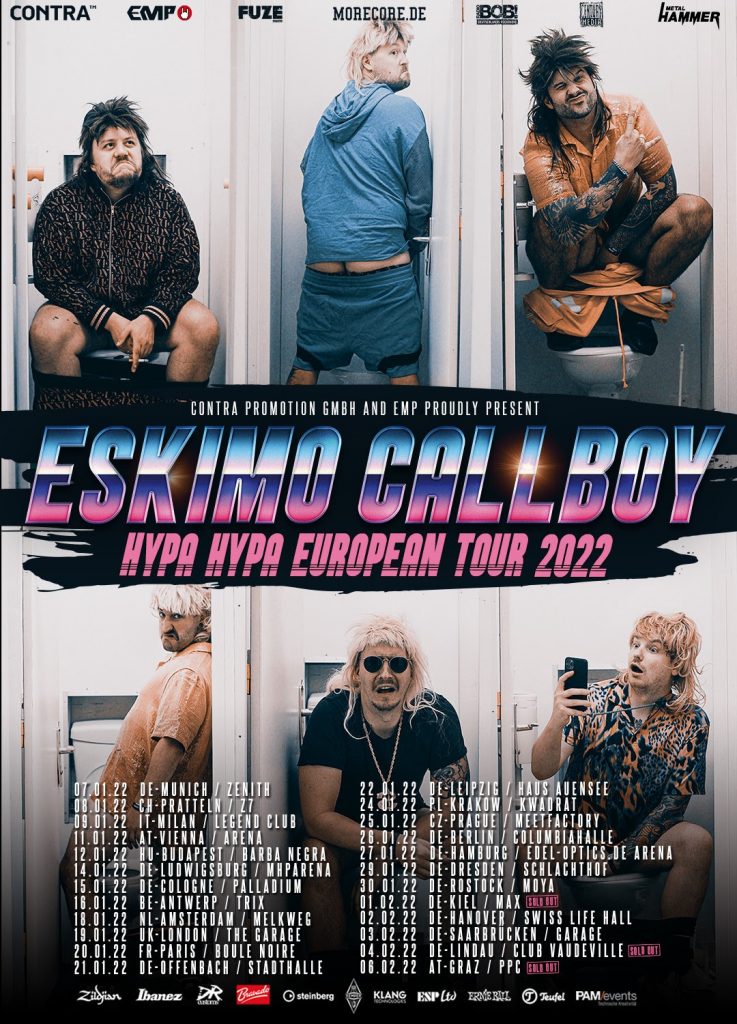 Presales via Eventim are online: https://www.eventim.de/artist/eskimo-callboy/?affiliate=GMD&gclid=Cj0KCQiAzsz-BRCCARIsANotFgO3O-6WbRv3DK2IpzeuB74zA0W0MlrcV9YfL8u9aQ4D49O_CrlIoqwaAh_DEALw_wcB