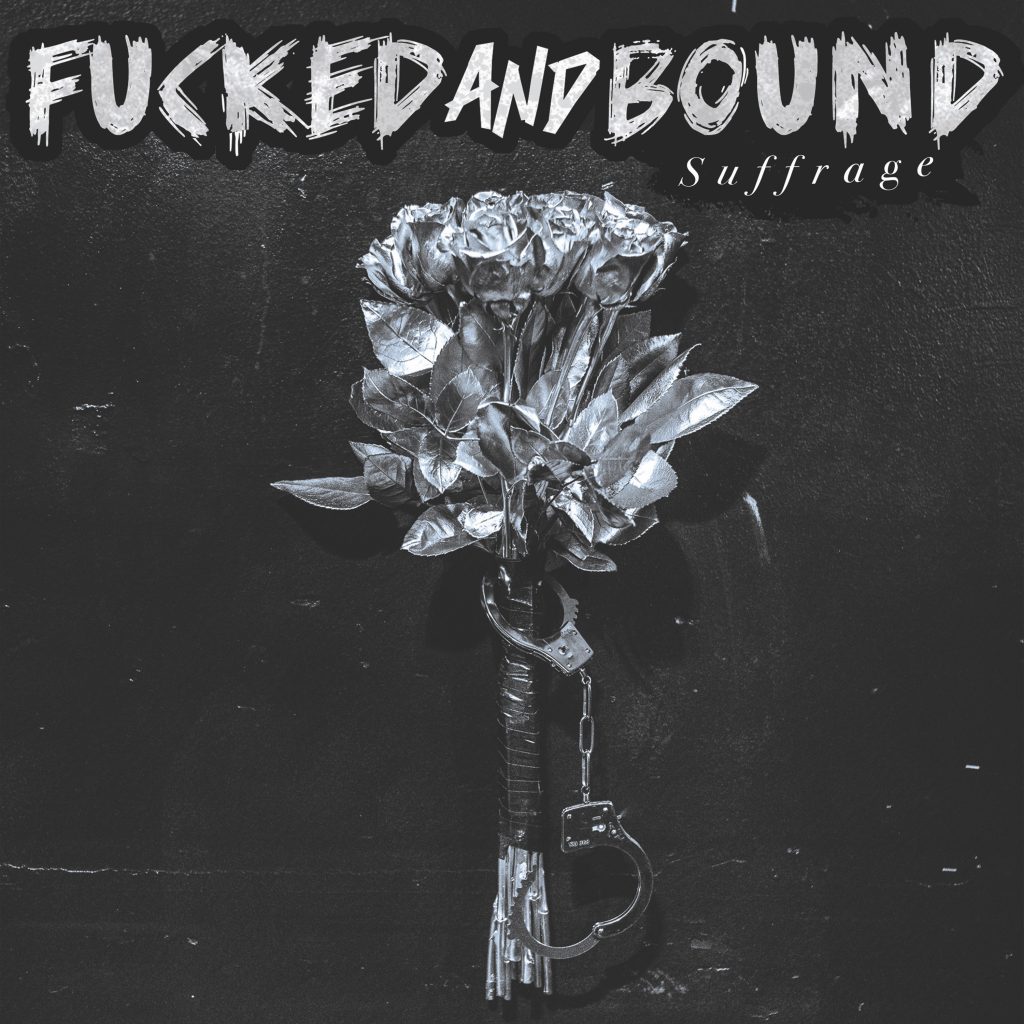 Blistering, raw and angry are the three words that best describe Seattle’s Fucked And Bound. Lisa Mungo (Vocals) brings a fresh and emotional perspective to the feminist voice. “Suffrage” is the voice of a new generation demanding we all make a change.

“Suffrage”, released in 2018 by Atomic Action! Records, and now being reissued by Quiet Panic with new album artwork by McClelland and an additional Sonic Youth cover, “Kool Thing”.

In simpler, pre-pandemic times, vocalist Lisa Mungo (He Whose Ox Is Gored) is a full
frontal, feral assault to those who bear witness to the band. The majority of her time is
spent throwing herself into the fray, forcing interaction, wildly occupying a headspace that
exposes her natural effervescence and intimacy just as much as the reckless abandon,
anger and nihilism that can be found in their lyrics. In a way that not many others can,
Mungo fearlessly elicits nearly fanatical enthusiasm, even from those who have never
previously heard the band. She can be seen stepping on stage with a dozen red roses to
hand out, and five minutes later, tearing off her clothes and screaming viciously into the
faces of unsuspecting attendees in the pit. This juxtaposition of tenderness and
aggression, romance and filth, is a perfect metaphor for the band’s music as a whole 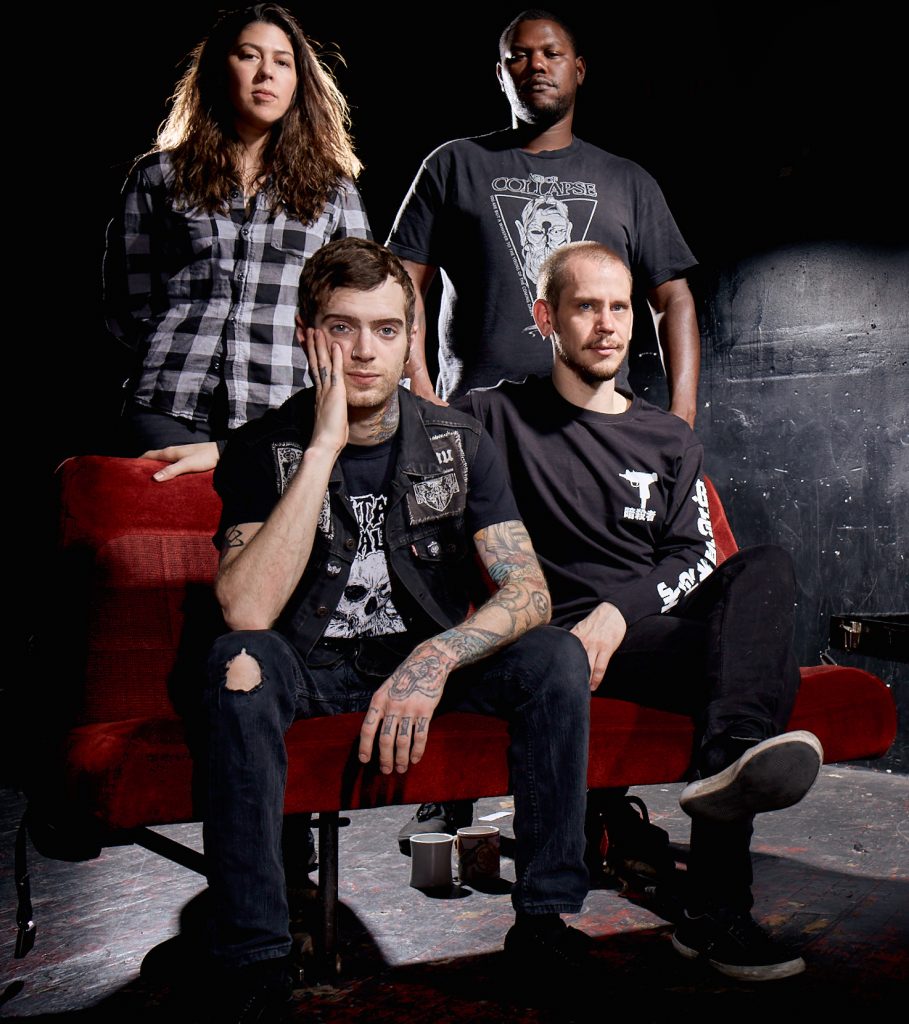 All the while, drummer Matt Chandler, bassist Rah Davis (Cattle Decapitation), and
guitarist Brian McClelland (He Whose Ox Is Gored) allow Mungo the space to fully
transform, howling and rabid, as they tear through their own grimy D-beats and breakneck
grindcore riffs in a nuanced way that strays impossibly far from the simplistic, macho meatheadedness that hardcore punk music has often been known for in the past. In fact, their
ethos appears firmly rooted in feminism and radical righteousness – unapologetically so.
This is particularly evident in the name of the band’s first LP, “Suffrage”, now being
reissued by Quiet Panic.

This is a band whose existence is essential for these times, encapsulating the frenetic
energy, confrontational anger and increasing anxiety that so many are feeling. Fucked and
Bound is an outlet for those who seek solace in the filth and the fire, whose cynicism has
grown out of disappointed idealism, who carry a bloody, sharpened ax to grind with the
powers that be.