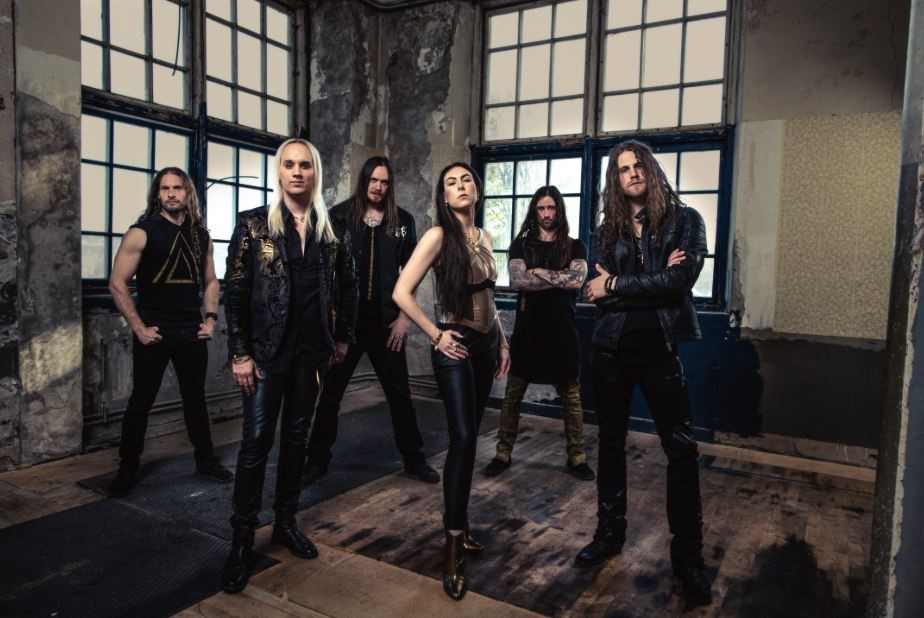 Christmas has come early this year for AMARANTHE. The Swedish modern metal group have been nominated for one of the most prestigious music awards in Sweden, P3 Guld, in the category of Hard Rock/Metal.

Initiated by the Swedish radio channel P3, the award acknowledges and highlights the greatest efforts and contributions to Swedish popular music – since 2012. The results in all categories are an all-listener/audience affair, the five nominees are selected by a special jury group.

"We are super happy to be nominated for a P3 Guld award this year, it is always a bit extra special to get a nod from the music establishment in your home country, as a metal band like us are still a bit of an outsider. If you have a minute to spare, we would be very grateful if you could drop a vote for us, and send a message to said establishment: Amaranthe are here to stay!" 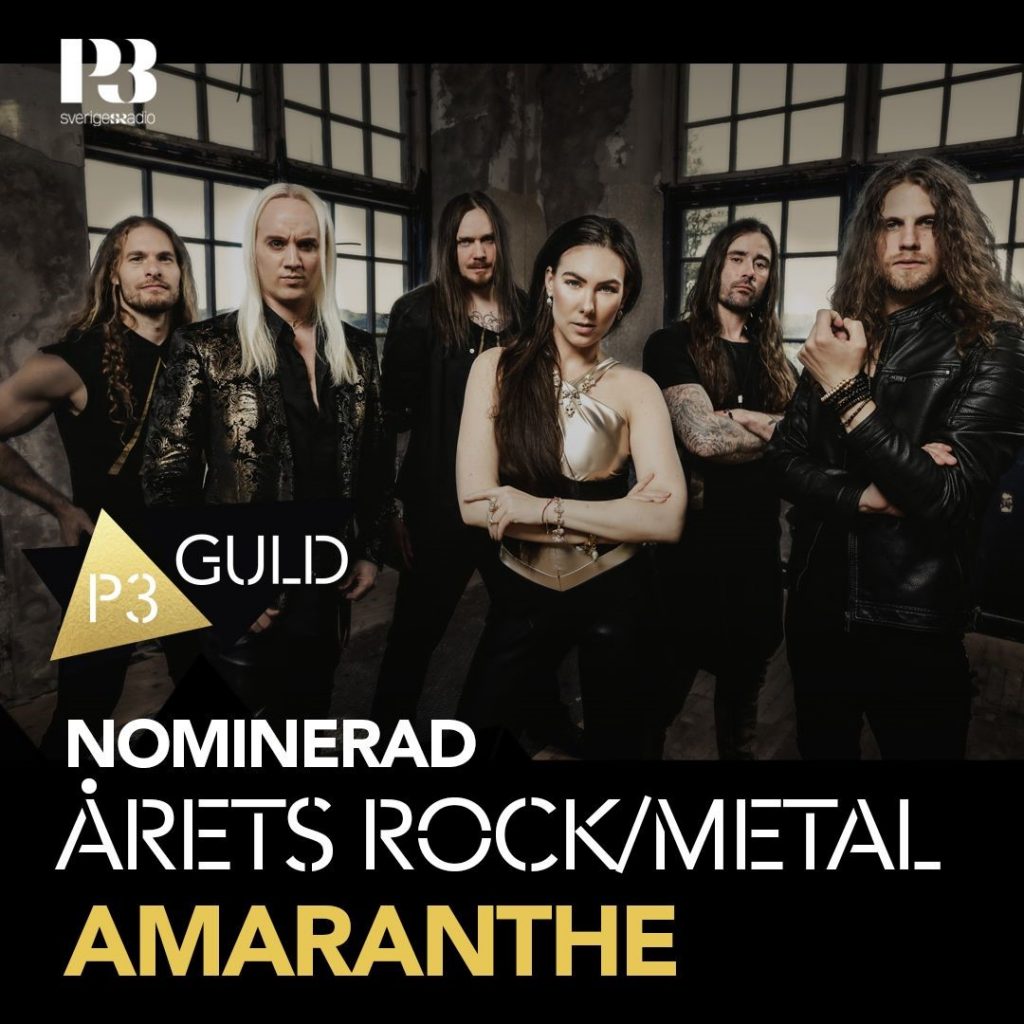 AMARANTHE have spent the last decade establishing themselves as a formidable, positive and fervently melodic force for metallic good. From their explosive self-titled debut in 2011 to the more sophisticated, streamlined likes of 2014’s Massive Addictive and its immaculate follow-up Maximalism (2016), AMARANTHE have masterfully blurred the lines between melodic metal, crushing brutality, cinematic sweep and futuristic sparkle. Led by the endlessly ingenious songwriting of guitarist Olof Mörck and powerhouse vocalist Elize Ryd, their rise to prominence has been a joy to behold.

Widely acclaimed as a dazzling live act, the Swedes reached a new peak of creativity on 2018’s hugely successful Helix: an album that pushed the band’s vision to new heights, breadths and depths, while showcasing the brilliance of Elize and her co-vocalists, Henrik Englund Wilhelmsson and recent recruit Nils Molin. 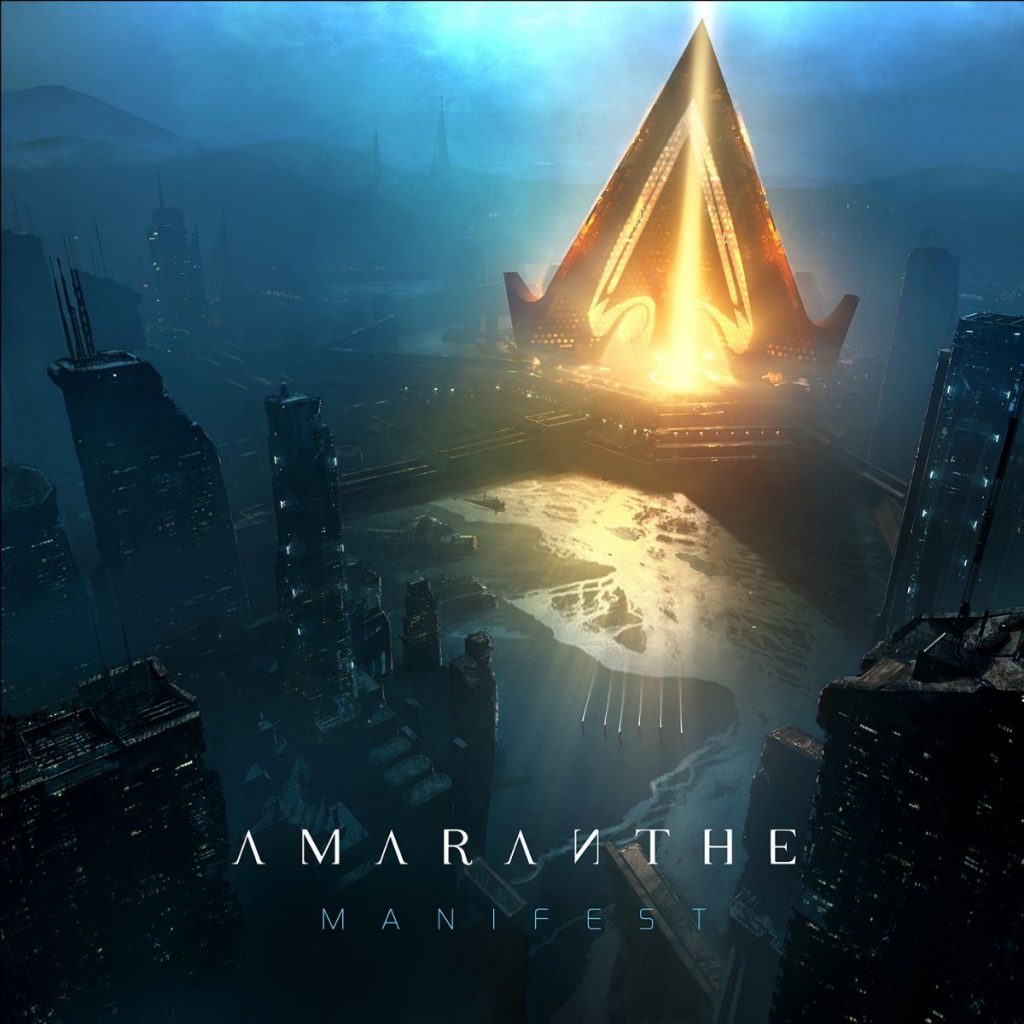 Not just a glorious return but a wholesale upgrade for their exuberant sound, Manifest is simply the most daring, dynamic and unforgettable album that AMARANTHE have released to date. The perfect antidote to the nagging anxieties plaguing us all in these troubled times, it’s a technicolor celebration of metal’s ageless power, blazing with all of life’s colours and chaos, but delivered with utmost artistry and skill.