Gather Round – Jess And The Bandits 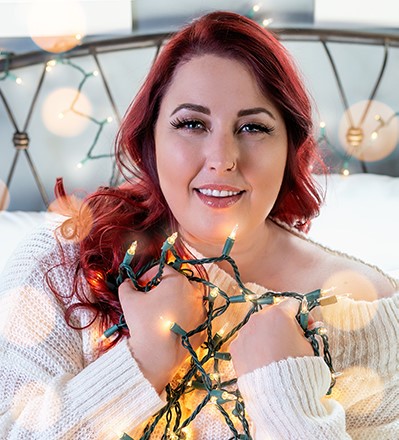 Frontwoman Jessica Clemmons formed her Bandits in 2012. With her big voice and warm personality, the Texas native felt an instant connection with the four Brits who made up her band and shared her love for authentic country music.

Though over the years members have come and gone as they carve out their own musical journeys, Jess and the band have forged her own brand of UK country, releasing music to critical acclaim, touring extensively and growing a dedicated fan base along the way.

There is nothing they value more than performing live and connecting with their fans, which has been evident in their busy touring schedule. As well as sold out UK dates, their festival highlights include The Isle of White Festival, Country to Country and Cornbury Festival.

The band’s singles have racked up multiple BBC Radio 2 playlists, and they’ve even performed live on the late Terry Wogan’s Radio 2 Sunday sessions. Beyond the airwaves, they have appeared on ITV’s Lorraine, Aled Jones’ Weekend, Channel Five’s The Wright Stuff and Sky’s Sunrise show. They signed an endorsement deal with high-street retailers ‘Evans’ and debuted feel-good single ‘Nitty Gritty’ in The Independent newspaper.

Jess and the Bandit’s sophomore album Smoke & Mirrors debuted at #1 in the UK Country Music Chart in 2017, whilst their single Sister, with its anthemic battle-cry, was added to the BBC Radio 2 Playlist. Singles from the album also received heavy support on key country music Spotify playlists Very Nearly Nashville and Wild Country.

Following a sold out headline UK tour in 2018, the band went on a short hiatus in 2019 while Jessica gave birth to a baby boy. They returned later that year with more UK tour dates and new EP, Riding Shotgun. The EP was produced by Nashville heavy-weight Femke Weidma, who recorded the musicians in Music City before flying to Texas to work on vocals with new Mum Jesssica. The new music was supported by the likes of Chris Country Radio and Country Hits Radio, and featured in Maverick Magazine.

Jess And The Bandits are now determined to lift our spirits with brand new album My Country Christmas. Recorded in her native Texas during lockdown, Jess selected a collection of Christmas songs full of nostalgia and personal meaning. With her stunning vocal performance and a trademark country sound, each track on the album guarantees a moment of festive joy after a year of such uncertainty.

“I absolutely love Christmas. I am a Christian so this record has a special meaning to me. But, it feels like a time of year where you can’t help but be happy. People seem friendlier. Generally the best of who we are comes out during the Christmas season.”

While she would typically record in Nashville or London. Jessica worked with a team of people in Houston for this album, and where better to bring these songs to life with her own country twist than in her home state? My Country Christmas is a gift to her fans. It’s a soundtrack for family gatherings (even if it’s just one household), something to bring a smile back to our faces… and to even have a little dance to!

Rockin’ Around the Christmas Tree

Happy Xmas (War is Over)

What Are You Doing New Year’s Eve?

Christmas In The Country

I’ll Be Home for Christmas