Not For The Faint Hearted – REGENT 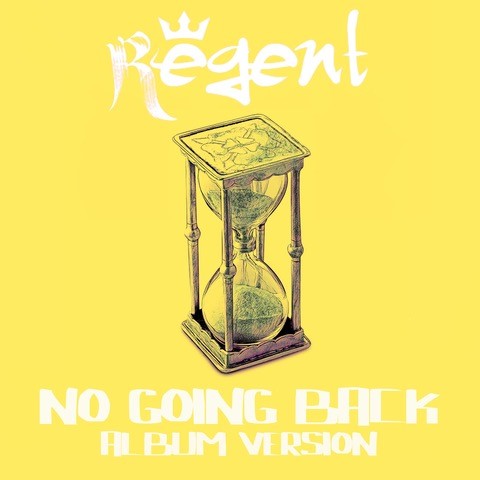 Set for release on 27th November, the Southampton four-piece go out all guns blazing with a primal outpouring of noise, fury and emotion.

Alive with a cathartic sense of release, “No Going Back” carries an emotional clout to rival its grizzled rock’n’roll cacophony. A twisting tale of break-ups and clean slates, addiction and rehabilitation; it’s a journey that took Rooke to the brink and back again.

“I wrote this song around 2 years ago… The song was written about a break up with a long term partner, which involved drug use and rehab.... It was a tough time around 3 years ago, so I turned the madness of it all into a song, that was my way of dealing with it.”

With a palpable sense of heartache and anguish coursing through its every fibre, the frank lyrics of “No Going Back” leave a stark portrait of a songwriter at their most vulnerable, expressive and potent. With a grit reminiscent of Soundgarden or Nirvana, it’s a haunting, harrowing listen; not for the faint hearted – but all the more captivating for it.

Hot off the press, the track was recorded at the beginning of November and was mixed by Chris Taylor at Liverpool’s legendary Parr Street Studios. As with their previous singles “Time To Loose The Blues”, “Dirty Little Sinner”, and “Today”; “No Going Back” was also produced by Brit-Pop mastermind Fraser Smith (Shed Seven).

Taking inspiration from the seminal songbooks of The Beatles and The Rolling Stones and the masterful melodies of their many Brit Pop acolytes, Regent revel in the works of those past masters and carry their mantle on to a new generation. With a string of accomplished singles to their name already, the four piece have received recent airplay across the globe with plays from BBC Introducing, Radio X, Amazing Radio, and even SiriusXM in America. Making waves across the blogosphere too, Ear Milk have praised Regent’s “authentic sound that could very well become the newest variation British rock n’ roll.”, whilst Gigslutz hyped: “Hallmarked with the swagger and sonics of 90s flag bearers like Ocean Colour Scene, Oasis and The Verve”.  Already taken to the hearts of their devoted local fanbase​, Regent​ ​are now well accustomed to sell-out shows in Southampton, with word quickly spreading to other corners of the UK and beyond too.

With their gaze now firmly fixed on 2021 and the release of their long-awaited debut album ‘Just A Revolution’, new single “No Going Back” is arguably the Regent’s most arresting cut to date and a tantalising hint of what awaits tomorrow.