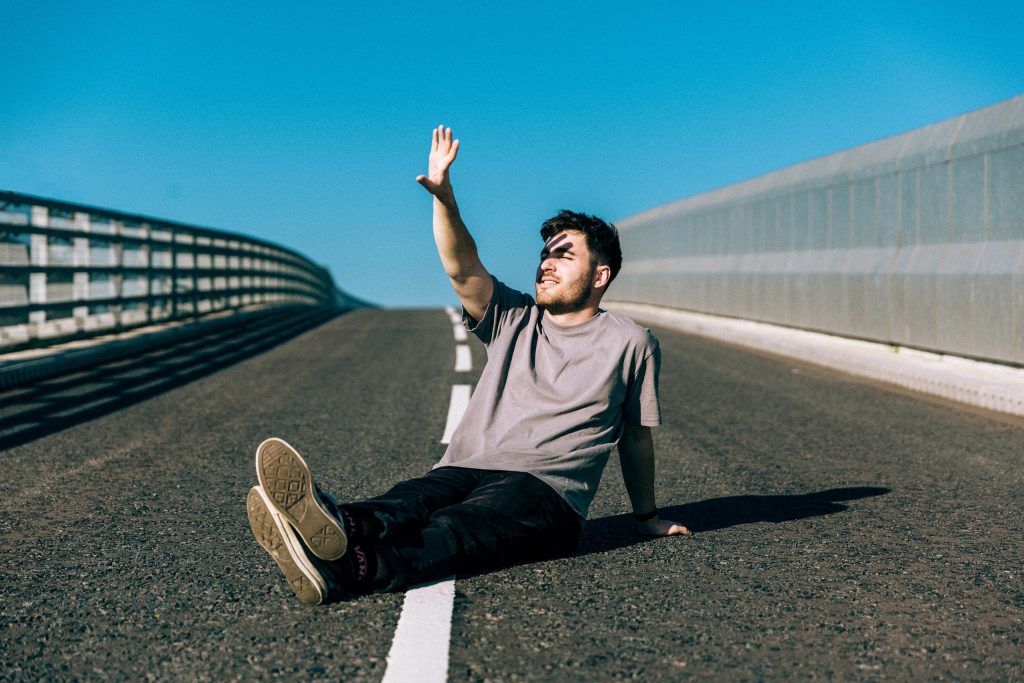 Now known for his ability to explore vulnerabilities in the most upbeat and uplifting of ways, Bristol songwriter and multi-instrumentalist JAMES HUMPHRYS follows up his acclaimed recent EP, ‘Memory Palace’ with the Zoom call inspired new single, ‘Three Weeks’.

“Let’s be real, lockdown has been bloody tough for us all – particularly those living far away from loved ones. For me, much of the time I tried not to think about how rubbish it felt to feel so distant and disconnected, and for the most part I managed fine and tried to focus on the fact that this would not be forever – but ultimately, sometimes those thoughts felt pretty overwhelming. This song is me being honest about the situation.” explains James.

“The song came about after a Zoom call with a friend, where we both spoke openly about how we were actually coping. It’s quite a vulnerable feeling to let your guard down and confide in someone about what’s actually going on with you, and this song kind of reflects that conversation.”

Co-produced and mixed by MAX RAD who he met when supporting his earlier band New Carnival back in March 2017, this new cut displays a growth in both James’s lyricism and his sound. Bouncing, percussive guitar work and a furiously infectious, uplifting beat are a comforting reminder of those sunny festival fields we’re so sorely missing while his open lyrics, “I cannot lie that I feel on my own” offer a sense of sympathy to those who have similarly struggled in these troubled times.

James has played venues ranging from Bristol’s Thekla to the Royal Albert Hall, and supported bands including San Cisco, Shortstraw and Cassia. In addition to multiple sets with London’s Sofar Sounds, James has also joined the line-up at 2000 Trees Festival, Bristol Harbour Side Festival and Dot to Dot Festival. In 2018 James fulfilled an ambition by performing at Glastonbury Festival.

Having used 2019 to expand his horizons, 2020 has seen James release his second EP, ‘Memory Palace’, collecting mass praise from tastemakers such as Stereoboard, The Rodeo Magazine, CLOUT, and Indie Central Music to name but a few.