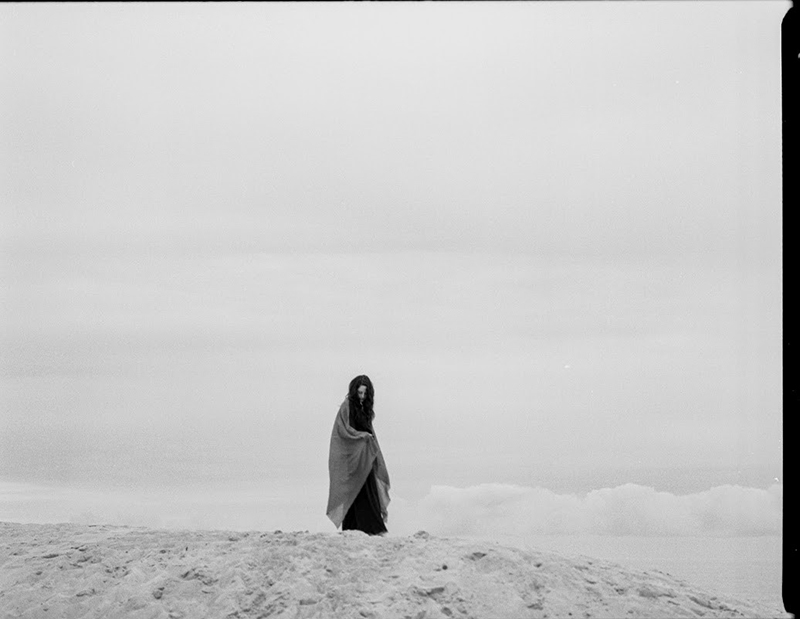 tiny deaths is a Los Angeles, CA based project making moody, dreamy pop. Listening to tiny deaths is like taking a nostalgic trip down memory lane, reminiscing on those hazy memories of warm summer evenings. Like etchings in an old scrapbook, unfiltered hues and muted tones exude a fondness and familiarity, allowing you to see the beauty in all things.

tiny deaths is the moniker of singer/songwriter Claire de Lune. Teaming up with producer Grant Cutler, the music is an exploration of the middle ground between de Lune’s background in R&B and Cutler’s experience in the world of experimental music and high-art sound installations.

tiny deaths latest EP If I’m Dreaming, touches on internal exploration and self-discovery. It’s a collection of songs which highlight letting go of all the toxic energy that’s been holding you back from being at peace – whether that’s unfulfilling relationships where you aren’t being treated the way you deserve, or mental health struggles.

“I think in your 20s you’re sort of still figuring out what your demons are and how to confront them and in your 30s it’s more of the exercise of being able to let those things go, to let go of what no longer serves you.”

tiny deaths has seen success receiving numerous notable syncs including Atypical (Netflix series), MTV, ABC and most recently with a placement in the video game Tell Me Why. She has also been featured in publications such as Billboard, Stereogum, The Guardian, Bust Magazine and Bitch Magazine. Having performed alongside acts like Sleigh Bells, Glass Animals, How to Dress Well, tiny deaths is an unstoppable force that you’ll be hearing a lot more from. If I’m Dreaming is currently available worldwide via Las Vegas-based indie Handwritten Records.