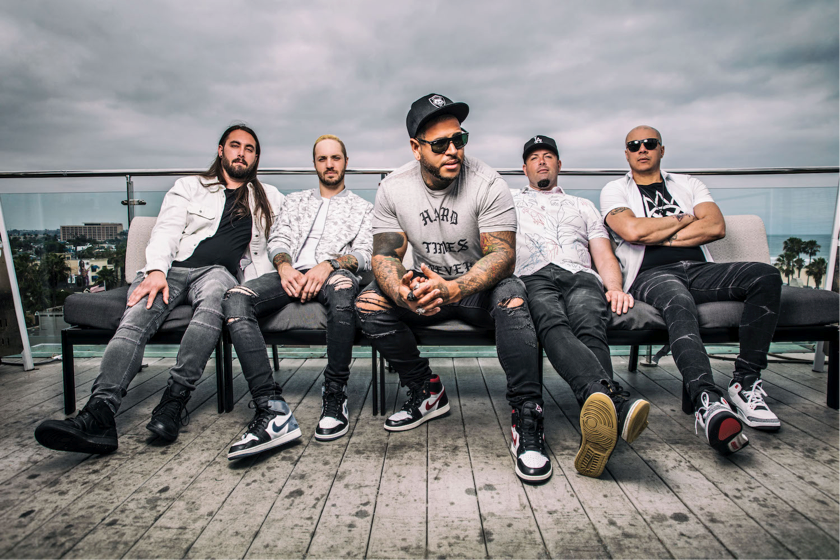 Global rock sensation, Bad Wolves releases the new music video for the song “Learn To Walk Again”, from THE RETALIATORS movie soundtrack and the band’s 2019 album N.A.T.I.O.N.  The song is currently #12 on the Active Rock charts.

The video contains footage of the film, in which guitarist Doc Coyle is featured. THE RETALIATORS is a high-octane horror-thriller in which a Pastor and father has to choose between turning the other cheek and taking bloody revenge.  It will reach theaters Spring 2021.

‘This song is about changing your life! All of us in the band and other people I am close to were going through a lot of changes when we wrote it. We had been going through these trials and tribulations over the last couple of years and the future was unknown. Sometimes you need to be brought to your knees and be willing to try anything to find your way to where you need to be.  ‘Learn To Walk Again’ isn’t my story, it is OUR story.’

Bad Wolves is vocalist Tommy Vext (ex-Divine Heresy), drummer John Boecklin (ex-Devildriver), guitarist Doc Coyle (ex-God Forbid), guitarist Chris Cain (Bury Your Dead), and bassist Kyle Konkiel (ex-In This Moment). They released their debut album, Disobey in May 2018, via Better Noise Music, which reached #22 on the Billboard Top 200, #2 on the Hard Rock Chart, #4 on Rock, and #8 on the Top Current Albums Chart. In 2019, they continued that momentum with their sophomore album, N.A.T.I.O.N. The stunning 12-track follow-up to their debut album, Disobey, is a bit of a departure – staying in the same realm musically, but breaking beyond. N.A.T.I.O.N. came in at #1 upon its release on the Top Hard Rock, Current Hard Rock and Billboard Hard Rock charts.

Their global breakout single, “Zombie,” is platinum in the U.S. and Sweden, double platinum in Canada, gold in Australia and IMPALA Diamond in Europe. The track has topped charts worldwide, including the U.S. iTunes overall and rock charts, Billboard’s Mainstream Rock Songs chart, Spotify’s Global Viral 50 chart, while also reigning atop the Active Rock radio chart for three straight weeks. The official music video for “Zombie,” a tribute to the late singer Dolores O’Riordan of The Cranberries and an homage to the original, has garnered over 255 million viewsacross platforms. On June 19th, 2018, Bad Wolves presented a $250,000 check to Dolores O’Riordan’s four children, with a continued promise to donate all of their royalties from the song to them.