Seeing The Light – DEATH BY PIANO 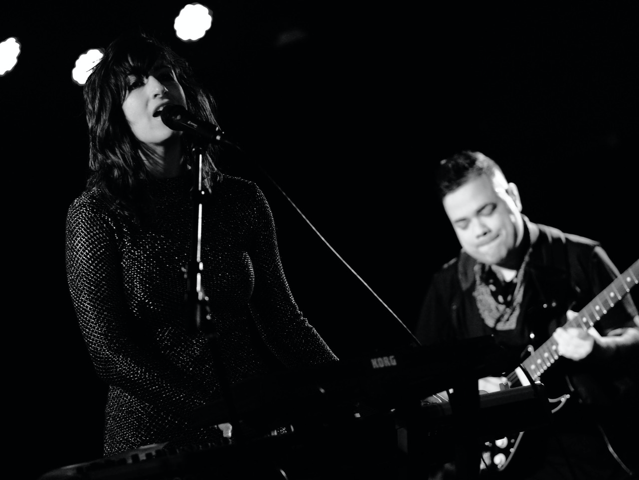 Following on from the acclaimed ‘Emergency’ and ‘Newer Light’, NYC darkwave duo DEATH BY PIANO share the final instalment in their trilogy of 2020 single releases, ‘Nightwalk’ – out now.

As the band say: “Nightwalk’ is sort of an answer to ‘Emergency’. Before things are about to blow, it’s an effort to air our grievances. A vesper turned midnight dance tune. An effort to get to Newer Light by dawn and put the past to sleep…….”

Presenting all of the production elements the duo have become familiar for, from contrasting vocals to eery synths and electronic beats, ‘Nightwalk’ is yet another quality example of the Death By Piano’s ability to tell a story using both their lyrics and production.

Comprising of Kalen (vox, synths) and producer/instrumentalist Greywolf, Death By Piano channel the ageless trip-hop atmospherics of Massive Attack and Portishead via the pristine Future R’nB aesthetic of their US contemporaries such as Phantogram or Polica into their immersive and invigorating darkwave sound.

Nurturing a grass-roots following on the underground of their native New York since their formation in 2017, their relentless live gigs around the city and head-turning showcase sets at Rough Trade NYC and Elsewhere have marked them out as one of the city’s most prominent emerging talents.

“How we see the world and often take the every day world for granted is something that is of great interest to me. I enjoy employing art, technology, and music to examine how I feel about the world around me. How can I transform what I see every day into something visually and aurally engaging -and hopefully, magical and beautiful? In the case of Death By Piano’s “Nightwalk”, I have taken a night time stroll down several familiar streets in Harlem, capturing them with my camera. These photographs, through the use of imaging software, are transformed into point clouds that I can bring into 3D software for further manipulation. I use Death By Piano’s music to control the behavior of additional particle simulations that inhabit the point cloud world in a marriage between sound and motion. The final result is a personal and impressionistic meditation (and collaboration). DBP’s music forms the perfect sonic soup for the familiar to become alien and beautiful, recognizable but transformed -and hopefully speaks to the viewer in unexpected ways.”