A Band To Savour – THE CLOCKWORKS 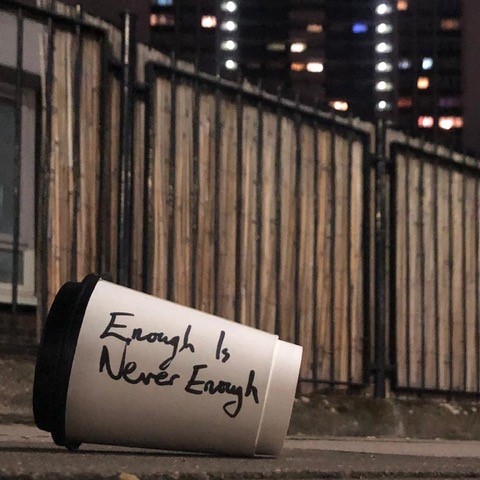 Resilient and resurgent, THE CLOCKWORKS bow out of 2020 with a visceral statement of intent: “Enough Is Never Enough”.

The latest and last in a series for Alan McGee’s Creation 23 label sees the Galway four-piece take aim at the injustices and prejudices rife in our society with an assault of straight-up punk rock.

Complex and character driven in its narrative, the song follows the lives of separate but interconnected individuals in society: from a bigoted Café owner to beleagured kitchen porters, dreaming buskers to down-and-out beggars. Pulling together the fragments of our fractured society, “Enough Is Never Enough” creates a vivid collage that depicts its failings in one painstaking picture.

“This was the last song we wrote in Ireland. I’d been working on the lyrics for ages. I like to write about the social or emotional by writing about a specific character or scene. I think focusing on the particular and the specific is the best way to get to the general and abstract… Musically, this song was all about getting the feeling right. We wanted it to be forceful and relentless but also for there to be enough space for melody and emotion.”

Unfurling a torrent of punk eloquence, The Clockworks utilise McGregor’s arch social commentary to maximum impact. Witticisms like “Romantic Ireland’s dead and gone, It’s with O’ Leary on the plane, And everybody loves to bitch, Factions speak louder than herds”, cut to the bone with razored tenacity.

Recorded during lockdown at Unity/Aquarium Studios, Willesden, “Enough Is Never Enough” was produced and mixed by Michael Rendall, with further mastering by Nick Watson.

Pairing snarling kitchen-sink commentary with insuppressible sonic tenacity, The Clockworks are a band to savour in these dark days. Formed in Galway and drawn together by a mutual appreciation of all music, past and present, The Clockworks are a four-piece comprising James McGregor on Vocals/Guitar, Sean Connelly on Guitar, Damian Greaney on Drums and Tom Freeman on bass.

THE CLOCKWORKS – “ENOUGH IS NEVER ENOUGH”
OUT NOW VIA CREATION 23

Relocating to London in 2019, the quartet signed to Alan McGee’s new record label ‘Creation23’ almost overnight. They have since impressed audiences across Europe with live performances at festivals including Eurosonic and Electric Picnic, performing to a huge crowd at Sefton Park in Liverpool in support of Kings of Leon, as well as a head-turning televised appearance on Sky 1’s Soccer AM. And the media have been quick to show their support too, with Louder Than War Magazine praising their: “devilish eccentricity and high energy. They look as sharp as they sound”, and CLASH effusing their ‘ferocious sense of purpose, with the careering post-punk guitar lines’.

Previous singles ‘Can I Speak To A Manager?’ and’ ‘The Future Is Not What It Was’ received praise on BBC Radio 1’s Annie Mac on her “New Names” showcase, BBC 6 Music’s Steve Lamacq on his ‘Recommends’ show, received day-time radio play on RTÉ 2FM, and impressed the legendary Rodney Bingenheimer on Sirius XM.

A quartet with immense promise and plenty more to say, “Enough Is Never Enough” continues their winning streak of singles with their most incisive and hard hitting work to date.

The time is now for The Clockworks