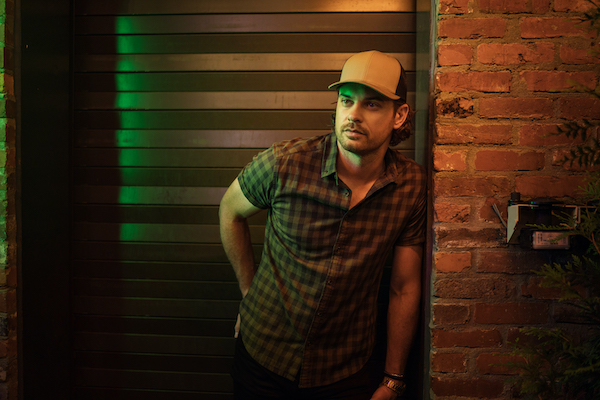 Platinum artist and songwriter Matt Stell has earned his second consecutive No. 1 single on the US Country Aircheck/Mediabase and Billboard Country Airplay charts with “Everywhere But On,” making him only the seventh new artist to achieve that feat in the last five years.

The single, written by Stell along with Paul Sikes and Lance Miller, follows his multi-week No. 1 Platinum-certified debut smash, “Prayed For You,” also co-written by Stell. “Prayed For You” was the ONLY debut artist single to top the Billboard Country Airplay chart in 2019, and has been named a NSAI “10 Songs We Wish We Had Written” for 2020.

“It is tough for me to be at a loss for words, but I am, As a songwriter, to experience this twice in a row is just the best feeling. There is a lot of me in this song and that makes this extra special. I am so grateful to country radio and all of the hard-working people on my team!”

“Everywhere But One” is one of eight tracks featured on his brand-new EP Better Than That, which was released on 16th October. Co-produced by Stell and Ash Bowers, the EP also includes breakthrough hit “Prayed For You” and the recently released “If I Was A Bar.” Matt recently took part in the UK’s Country Music Week, with interviews on Country Hits Radio and Chris Country, and a Sony Music Nashville UK session.

With 360 Million cumulative streams to date, Stell continues to push boundaries and break records. He has spent 67 weeks on Billboard’s multi-genre Emerging Artists chart and holds the record for most total weeks spent in the Top 5 among all country acts since the chart was launched.  In celebration of his No. 1 single, Stell is donating $5,000 to St. Jude Children’s Research Hospital through his Give A Damn Foundation. These proceeds were raised from his pre-COVID “Give A Damn” pop-up shows, Cameo appearances, and the “Give A Damn” wristbands that he sells on his website.  Charities who have received Give A Damn donations thus far include St. Jude Children’s Research Hospital, Doctors Without Borders and the Humane Society.

With over 360 Million cumulative streams across his catalog to date and most recent single “Everywhere But On,” notching the No. 1 slot, Platinum artist Matt Stell is having a banner 2020.  Stell kicked off the year with a performance on “Good Morning America,” leading into his first headlining tour. He started Penned Up – his hugely successful eight week  Instagram-live series, was the first-ever artist to receive a virtual plaque from the RIAA for his Platinum break-through debut single, “Prayed For You,” and performed the National Anthem for a NASCAR Cup Series Race. Matt was also featured on “Over Yonder ,” a collaboration with viral sensation and Christian rapper Lathan Warlick, which powerfully blends hip hop patriotism with a call for unity.

His new EP, Better Than That released on October 16th. Co-produced by Stell with Ash Bowers, the EP features eight tracks, five of which he wrote, including his multi-week No.1 smash “Prayed For You,” one of NSAI’s 10 Songs We Wish We Had Written for 2020, and his second consecutive No. 1 single, “Everywhere But On.” Matt is only the seventh new artist to have back-to-back No. 1 singles in the past five years.  The EP also includes the recently released “If I Was A Bar” and its innovative music video filmed during quarantine, where Matt played all 13 characters.