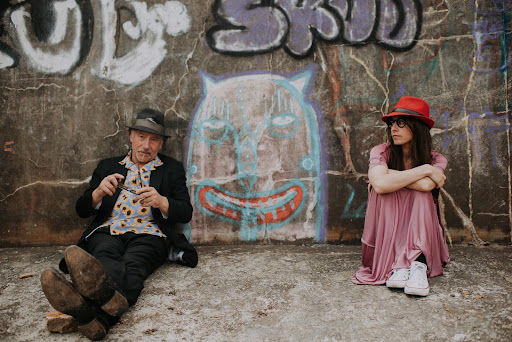 Experimental pop duo YOVA have returned with the compelling new track “Hurt Like No Hurt”, part of a digital bundle of tracks set for release on 20 January 2023.

Described by the duo as “departing from a place where Giorgio Morodor meets John Barry, to a destination where The Stooges meet The Supremes”, the track was arranged by legendary Rob Ellis (PJ Harvey, Anna Calvi).

A cathartic listen carved from visceral lyrics and pulsing electronics that build to a transcendental climax, vocalist Jova Radevska says of “Hurt Like No Hurt”:
“”Hurt Like No Hurt” is a song about relationship ghosting, the merry-go-round of breaking up and making up, and the inevitable finality of it all. An ultimate realisation that there comes a point where no matter what, there’s just no going back; when the only choice is the inevitable grief and acceptance of loss in order to emerge as a stronger person. Sometimes no further words need to be spoken, the sound of silence is enough.” 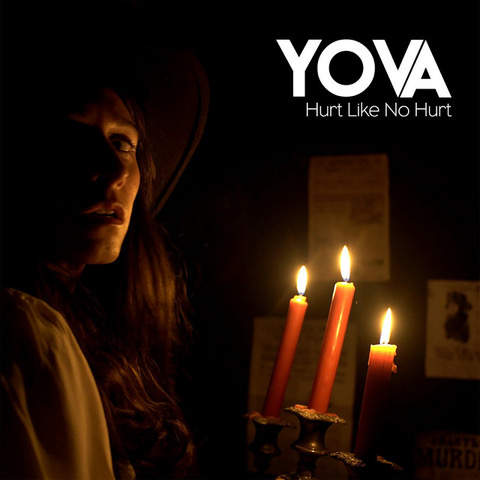 YOVA – RETURN WITH ‘HURT LIKE NO HURT’ DIGITAL BUNDLE
OUT 20 JANUARY
‘HURT LIKE NO HURT’ DIGITAL BUNDLE TRACKLIST
1. Hurt Like No Hurt
2. Rain (Live In Session)
3. Hurt Like No Hurt (Instrumental)
Arriving as the first glimpse of new music from YOVA since the release of their debut album ‘Nine Lives’ last year, “Hurt Like No Hurt” is filled with YOVA’s trademark experimental magnetism while utilising oscillating electronics, cinematic mandolin strums, and clarion call-like trumpets to create something otherworldly.
Featured as part of a ‘Hurt Like No Hurt’ digital bundle which is released on 20 January, the full track-listing will also include a stripped-back rendition of the duo’s track “Rain” (previously remixed by Erasure’s Vince Clarke), alongside an instrumental version of “Hurt Like No Hurt”. 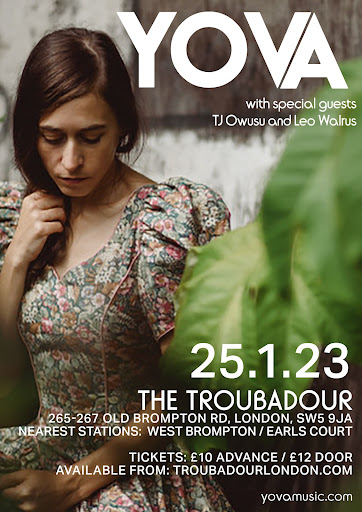 An intimate session video of “Rain” live from the band’s studio is also being made available in accompaniment for the bundle.
The new bundle arrives as the band also confirm a headline launch show at The Troubadour in London later this month (25 Jan). Support comes from special guests TJ Owusu and Leo Walrus. Further details / tickets here.
YOVA are Jova Radevska and Mark Vernon. With Vernon a seasoned veteran of the alternative music scene — having managed and recorded with John Cale, and co-produced tracks on PJ Harvey’s debut album ‘Dry’ — a chance encounter with Macedonian vocalist and songwriter Jova would pave the way for their bewitching collaborative project.
Their debut album ‘Nine Lives’ was released last year to praise from the likes of Louder Than War, Electronic Sound and MOJO, with the latter hailing the album as “a beguiling debut from a duo of sonic adventurers” in their ⅘ star review.
With their video for previous single “An Innocent Man” scooping the Best Animation Music Video at the New York Animation Awards, the band also played their debut live performance in London earlier this year. Getting creative with a video for latest single “Hurt Like No Hurt”, the band collaborated with directors Philip Reinking & Tom Linton to create a haunting cinematic visual accompaniment. As Tom Linton says of the video:

“A werewolf serial killer is stalking the streets of London. Inspired by Classic Hammer horrors and Jack the Ripper, “Hurt Like No Hurt” was filmed at the Royal Naval College in Greenwich and comes with an added pinch of camp that will have you howling for more.”

YOVA are currently putting the finishing touches to their second album due for release later in 2023.