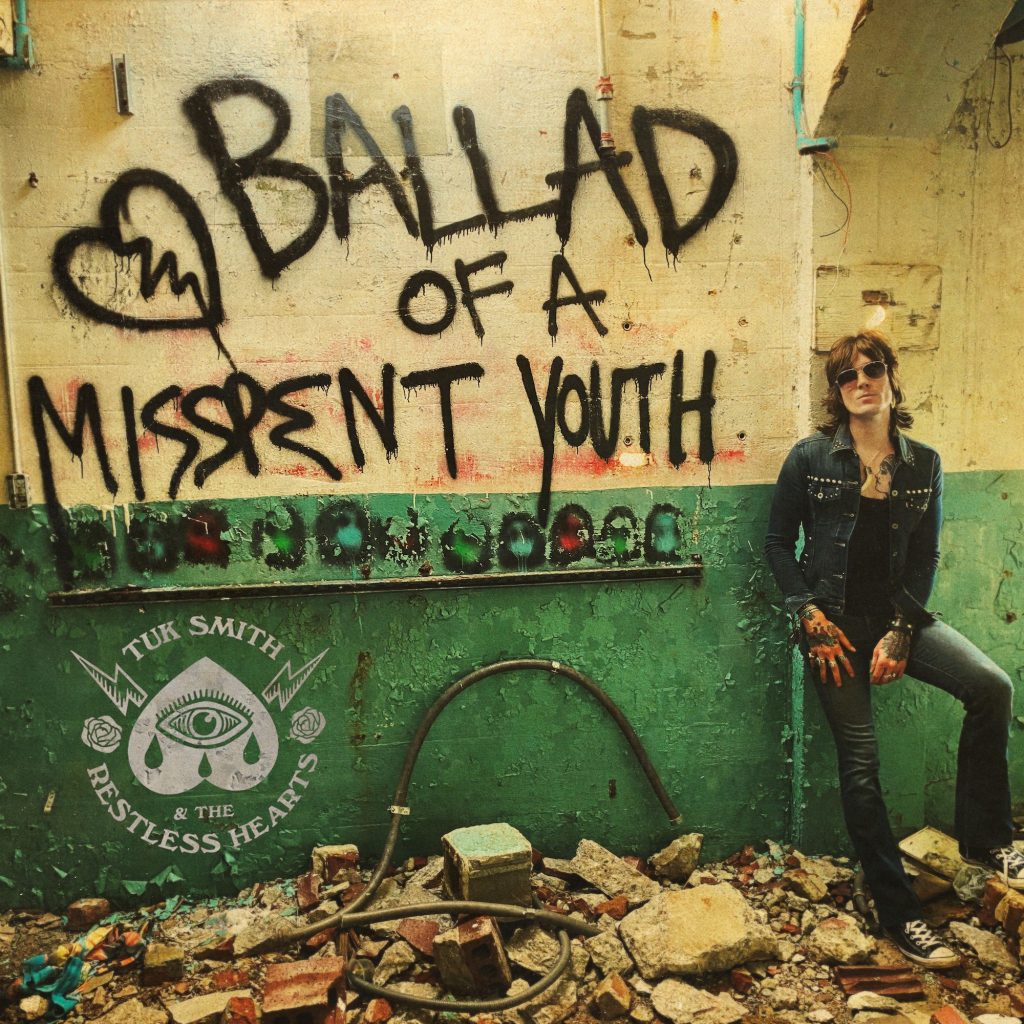 American rock band Tuk Smith & The Restless Hearts are back with their new single/video, “Ballad of A Misspent Youth,” the first single from their forthcoming album of the same name. The release marks their first with the new label MRG, founded by industry veterans Marti Frederiksen and John Greenberg and distributed worldwide by Virgin Music/Universal.

“Ballad of A Misspent Youth,” is an old-school rock ’n roll anthem for a new generation. Tuk elaborates on the inspiration behind the first single: “It’s a by-product of my upbringing in the South when I was cutting my teeth in the underground Atlanta punk scene before touring for a decade in the clubs and dives.”

The track marks Tuk’s return to the studio with producer Dan Dixon, and the music video was produced and directed by Hannah Gray Hall in Nashville.

Listen to “Ballad of a Misspent Youth” here:
https://ffm.to/tsmisspentyouth.OPR

Growing up as an outsider in rural Georgia, Tuk found solace in hardcore punk acts like Black Flag and The Exploited. From there, he branched out into exploring seventies New York bands like The Dead Boys and New York Dolls, which lead him across the sea where he embraced first-wave British acts like The Buzzcocks and the Clash. Soon, he was forming his own acts, touring relentlessly and building a following with his high-energy live shows, including his tour of duty as lead singer for the Biters, who he fronted for nearly a decade.

Tuk Smith & The Restless Hearts made their debut at the top of 2020 with the release of their first single, “What Kinda Love.” Before the pandemic hit, the band were due to open on The Stadium Tour with Def Leppard and Mötley Crüe. Now, Tuk Smith & The Restless Hearts are back and ready to deliver rock and roll greatness to the masses once again. Their debut album, Ballad of a Misspent Youth, will be out this Fall.