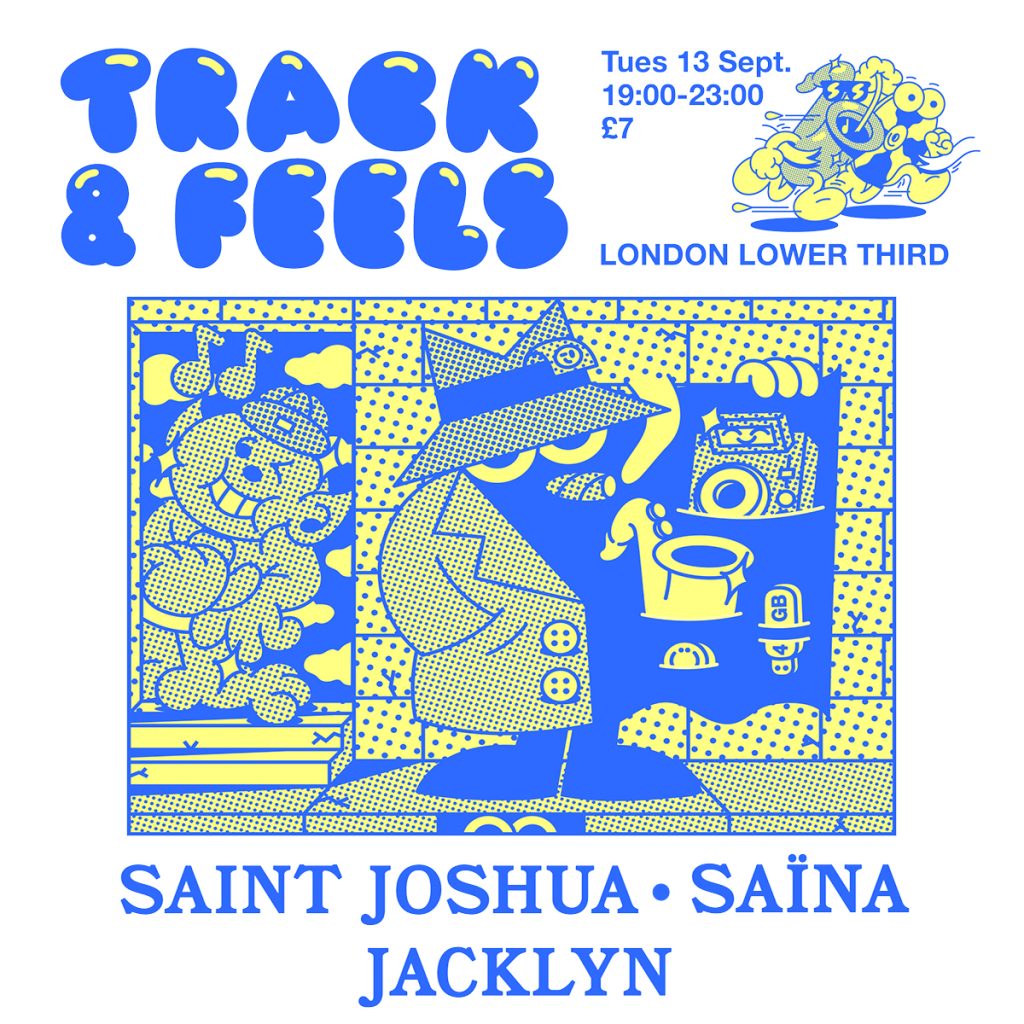 Track & Feels makes its debut next month at The Lower Third, London on Tuesday 13th September with headliner Saint Joshua set to be joined by special guests Saïna and Jacklyn. Tickets go on sale at 10am on Wednesday 24th August from https://gigst.rs/TFSept.

In May 2022 he released the 2nd EP, titled EP2 which included ‘Palo Santo’ and lead track ‘Stuck On You’, introducing a new more colourful representation both sonically and visually gaining support from further Editorial playlists, Record Of The Day, Vevo DSCVR, Apple Music and TOTW at Radio 1. To date Saint has already racked up an impressive  online numbers with over 90,000 monthly Spotify listeners, just under 2 Million streams across the board, 750,000 TikTok likes, over 150,000 YouTube views and over 20,000 followers across all social platforms.

North West London-based singer, songwriter and producer Saïna took up the piano age 7, began writing her own songs age 12 and eventually ended up attending the BRIT School. Writing from her bedroom studio, she has carved out a style influenced by neo-soul, hip hop, jazz and R&B. Through striking visual imagery and irony in her lyrics, Saïna explores themes of connection, vulnerability and renewal.

Jacklyn is a singer and songwriter based in London. Her influences include Amy Winehouse, Etta James, Erykah Badu and more modern influences like Rihanna. Her music brings a fresh perspective to these soul, jazz and R&B melody influences and roots through impressive vocals, raw and honest songwriting and contemporary, punchy pop production.