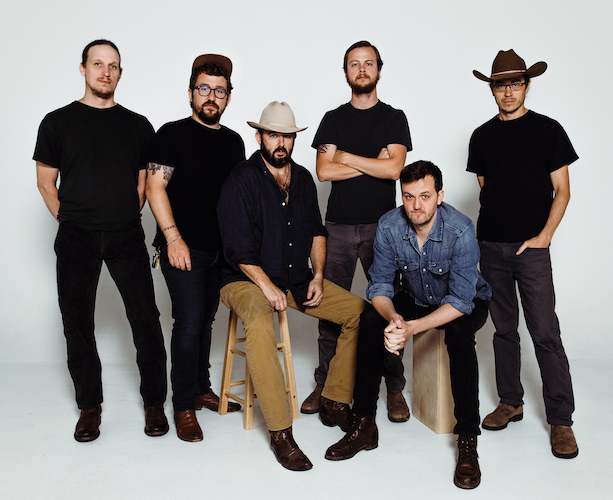 This follows the release of first single, ‘Lines In The Levee‘, and follow up tracks ‘Firebound Road‘ and ‘Seasons Don’t Change‘.

Town Mountain is the sum of all of their vast and intricate influences — this bastion of alt-country rebellion and honky-tonk attitude pushed through the hardscrabble Southern Appalachian lens of their origin. Produced by multiple GRAMMY-nominated Justin Francis, Lines in the Levee follows 2018’s acclaimed New Freedom Blues and is the first to feature the addition of drummer Miles Miller (of Sturgill Simpson musical lore).

Lines in the Levee is available for pre-order now via New West Records.

“‘Comeback Kid’ is a tune about the struggle of finding your way through the music business,” shared Phil Barker of Town Mountain. “Overcoming the doubts people have in you, the doubts you have in yourself, and dealing with the mental struggle of putting yourself and your art out there every night, emotionally exposed. How too often you can let your “self worth” come down to the number of people who paid to see the show that night.  It can be a super humbling experience to say the least. And how do you cope with the stage fright of not feeling worthy after a few of those shows? Were the doubters right? How do you make a comeback? Reach down deep.

Me personally, I f***ing love this song. It’s one of my favorites that I’ve ever written, and I hope it connects with anyone out there fighting and hustling for something they believe in.” 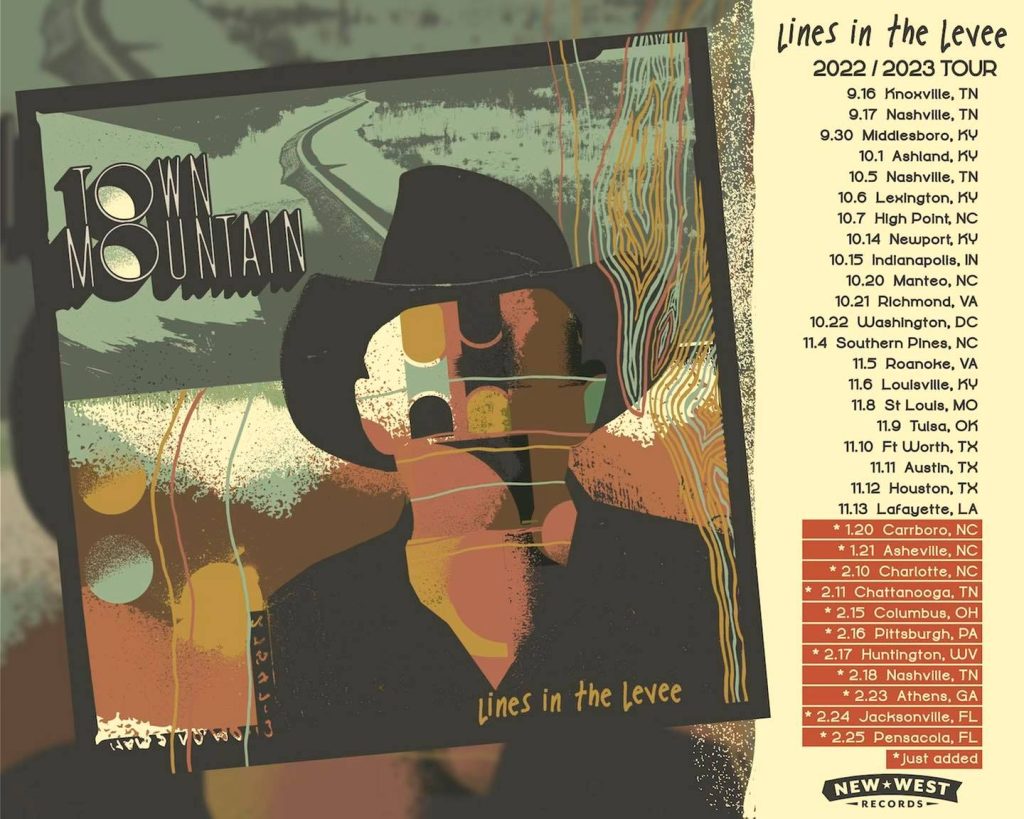 The hearty base of Town Mountain’s music is classic country, old school rock and roll, and traditional string bands. Both on stage and on record, the group’s wide-ranging influences like The Band, Grateful Dead, Bill Monroe, Townes Van Zandt, Chuck Berry, John Hartford, and more can be heard. Lines in the Levee is a bona fide workshop in the seamless blend of Americana, country, bluegrass, and folk roots — this crossroads of deep influences and cultivated visions each band member brings to the table. Guitarist Robert Greer says “This is the sound we’ve been working towards since the inception of the band. It isn’t a departure, it’s an evolution — the gate is wide open right now.”
After more than a decade together, the fiercely independent band has proven they have staying power by regularly cranking out authentic hit albums, collaborating with like-minded artists such as Tyler Childers, Billy Strings, and Jerry Douglas and consistently selling out shows nationwide. The members of Town Mountain felt an immediate kinship with New West Records and a genuine bond of creative fulfillment and sustained artistic growth.