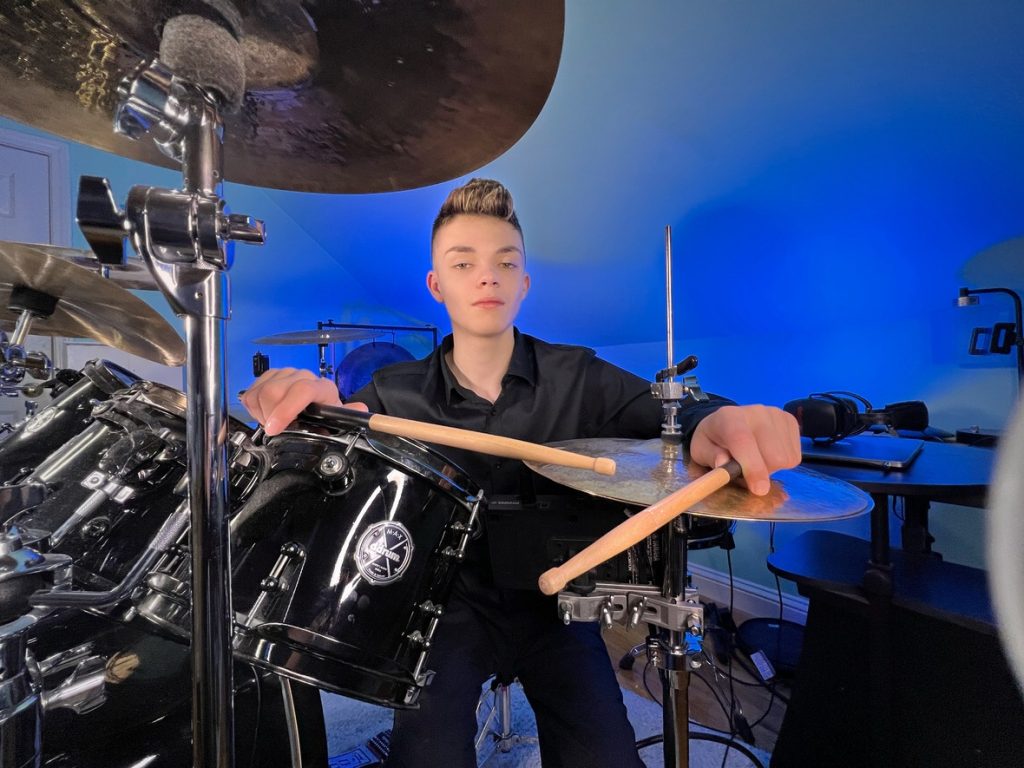 Featured musicians on this track include Derek Sherinian on keyboards, Ron Bumblefoot Thal on guitar, and Tony Franklin on bass. This is Thunder’s first single after his debut album The Pharaoh’s Temple released last year in September 2021.

“I have had the pleasure of working with Thomas on his debut album. I was extremely impressed with his creativity, and use of advanced harmony for a kid his age. I think the future is bright for young Thomas Thunder!”
-Derek Sherinian

“Ive had the pleasure of playing on the soon to be released album of Thomas Thunder. Thomas is a young up and coming musician and he’s a phenomenal drummer. He’s a very intricate songwriter that writes this amazing, crazy stuff that has been so tough to play. I’m on his album along with my Sons of Apollo bandmate Derek Sherinian, and bass player Tony Franklin. So, please check out this album. I hope you enjoy it!”
-Ron “Bumblefoot” Thal

“I was thrilled to play on Thomas’s album, with such an esteemed group of musicians. Thomas is definitely advanced for his years as both a writer and a player. I look forward to seeing how he will evolve as he creates more and more.”
-Tony Franklin 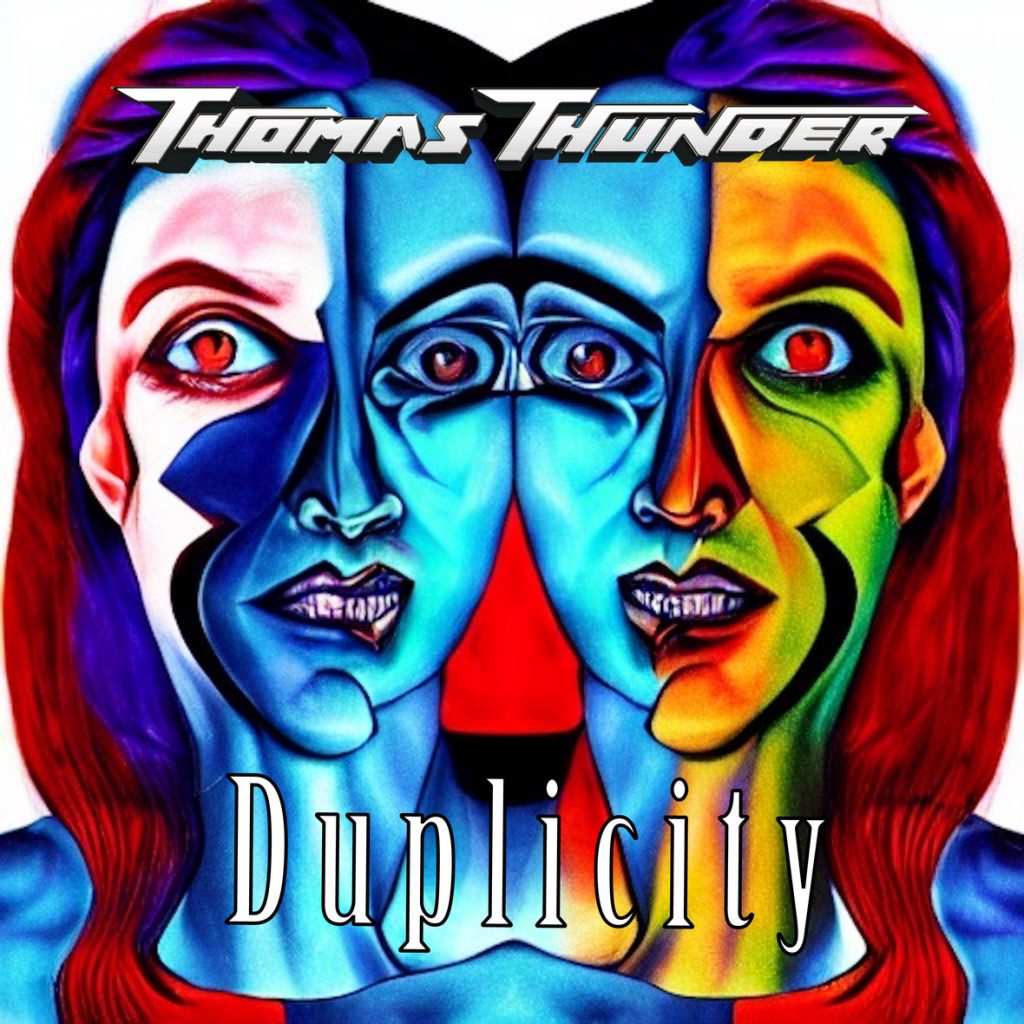 Thomas Thunder is young up and coming musician from Massachusetts, and is here to prove that a teenager can be a musical force to be reckoned with. With his intricate Progressive Rock songs that include odd time signatures and unique instrumentation, he has captured the attention of fans as well as seasoned, professional musicians.

Thomas began his journey as a musician when he started drum lessons at age five. He started playing in performance bands by age seven, and began songwriting at age ten when he released his first single and was awarded a prize in the Eventide Theater Songwriting competition. In fact, Thomas grabbed the attention of the ‘King of Keyboards’ Derek Sherinian (Sons of Apollo; Dream Theater; Alice Cooper) with his songs. By the time Thomas reached the age 14, he released his debut album The Pharaoh’s Temple, and his team of musicians included Derek, Ron Bumblefoot Thal and Tony Franklin continue to play on Thomas’ songs.

Thomas also began his academic journey this past year, and is taking Berklee College of Musiccourses as dual-enrollment during high school. He’s working towards his Bachelor’s Degree in Music Theory/Performance, and at the end of the Winter/Spring Semester 2023, Thomas will achieve a Berklee Professional Drum Certificate at 15 years-old. Thomas is also a member of the high IQ society Mensa. 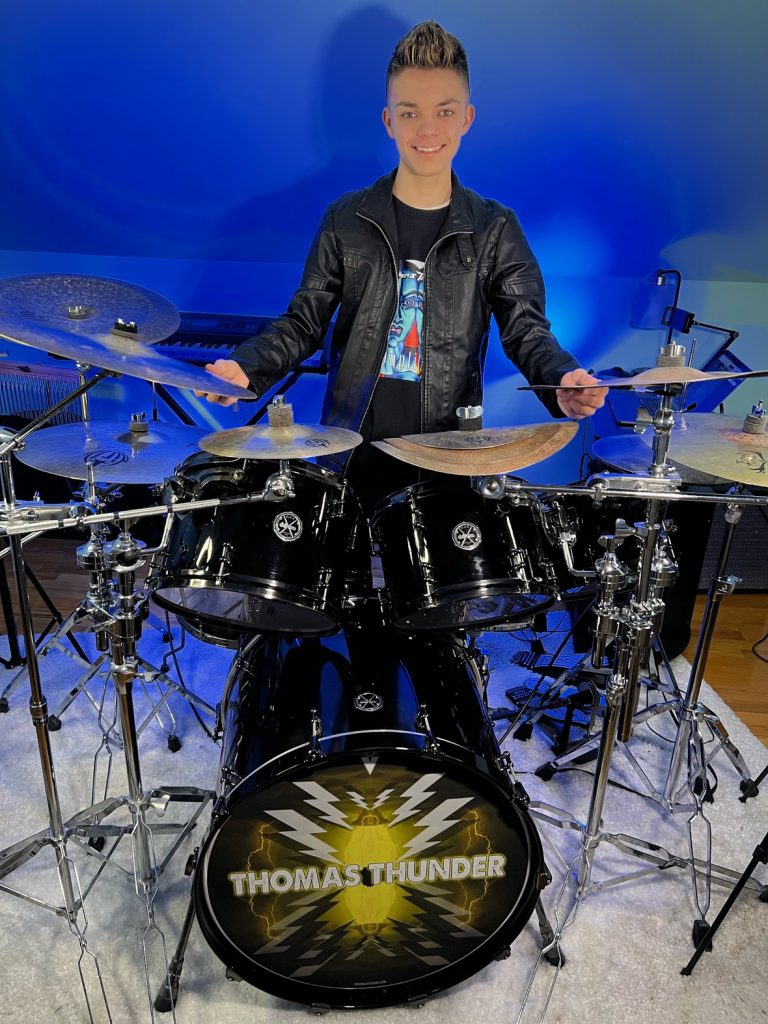