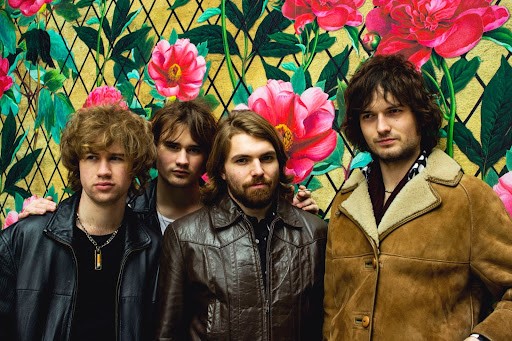 THE VELVET HANDS have dropped their last track of the year, “Over It Now”.

The track arrives as a tantalising sneak-peek of the new album ‘Sucker Punch’, which lands 3 February 2023, with a special vinyl edition planned for release on Blood Records.

Blending hedonistic hooks reminiscent of The Strokes with a slacker kind of storytelling plucked straight from Pavement’s playbook, the band’s latest outing is an anti-capitalist anthem spun with an easy-going, lackadaisical charm.

As The Velvet Hands explain:

“One of the more laidback songs on the album, this came from the four of us just playing around in rehearsal. Lyrically the song focuses on ‘the grind’ culture, which personally we have always found to be exploitative and somewhat ridiculous. The main message is that not everything in life is about money, and you can do things at your own pace. In a nutshell: stick to your guns.”

The band’s final release of 2022, “Over It Now” comes ahead of their second studio album ‘Sucker Punch’, which will be streaming from 3 February 2023. Delivering coming-of-age tales with slacker-rock sensibilities, the new record combines the punchy guitar licks of The Strokes or Parquet Courts with rousing punk choruses that recall The Clash or The Vaccines.

Written by Toby Mitchell and Dan Able, the album was recorded by John Logan at The Cube Studios in Cornwall, and was produced and mixed by John Logan and JamX Jules at Par Studios. Featuring earlier singles including the new-wave tinged “Telephone Love”, rousing live-ready anthem “I Wanna Be There” and the pure escapism of “Holiday In My Head” — a blistering track that grapples with “the doldrums of being skint” — the record also includes an array of previously unheard material

From “Meet Me In The City”, one of the album’s oldest tracks that’s “made to be played in the sunshine with your mates” to anti-apathy anthem “Emotion” and “Devils Tail”, “an ode to letting yourself loose”, the album expertly blends jagged guitar-rock with engaging anecdotal songs about relationships, revelry and finding optimism in dark times.

Mastered by the legendary John Cornfield (The Stone Roses, Supergrass, Muse), the ten-track LP will be released digitally via Jam X Recordings on 3 February. A limited edition physical release, including two bonus tracks will also be available through Blood Records following the release. The full tracklisting is as follows:

Holiday In My Head

Meet Me In The City

I Wanna Be There 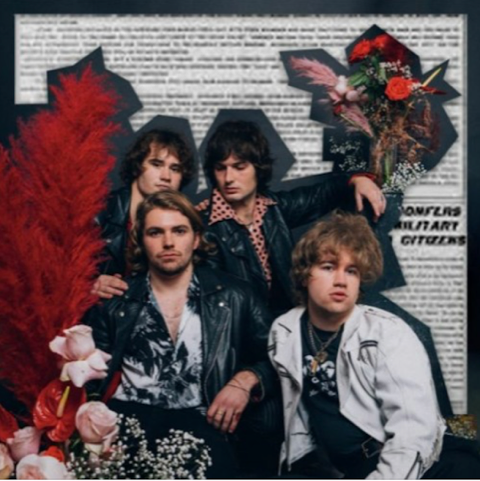 THE VELVET HANDS – NEW TRACK: “OVER IT NOW”