THE ILLICITS – Keeping On 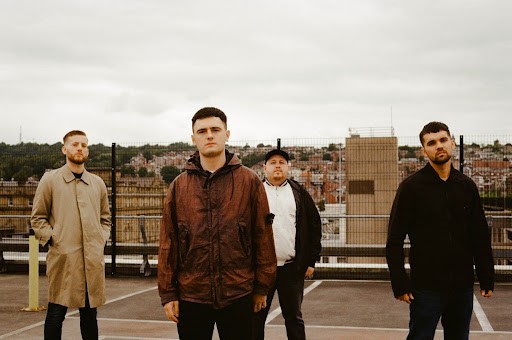 Blackburn four-piece THE ILLICITS have returned with their new single “Feel It”, out 26 September.

A riled-up slice of rip-roaring modern rock, “Feel It” sees The Illicits stride back into the spotlight — paying homage to their northern roots while forging their fiery own path. Blending an earworm bluesy riff with the progressive rock’n’roll sound they’ve become known for, the voltaic new cut has the Blackburn foursome barrelling towards a hopeful new horizon.

Recorded at OX4 Studios and produced by Vince Von Van, the track blends strutting guitar work with incendiary riffs and a riotous live-ready feel. Fusing meticulous musicianship with anarchic rock sensibilities, “Feel It” was written at the band’s rehearsal room in Blackburn and takes inspiration from the landscape of their hometown.

“The stomping rhythm and punk production helps conjure up familiar Lancashire moods: cold early morning walks, rain-soaked shoes and slow, clattering commutes on buses and trains. The lyrics centre around how the people around us speak — ‘but you have to keep on’ is a well-known Lancastrian phrase, despite modern day life struggles. There are also references to local landmarks such as Winter Hill, and a natural rebelliousness against those who have let the industries around them fall and decline.”

An assured next step for a band already certain in their own sound, the four-piece’s dynamic take on “terrace punk” brings the post-industrial imagery of their own northern towns to the fore, and glints with the optimism of a rising young band determined to keep moving forward. 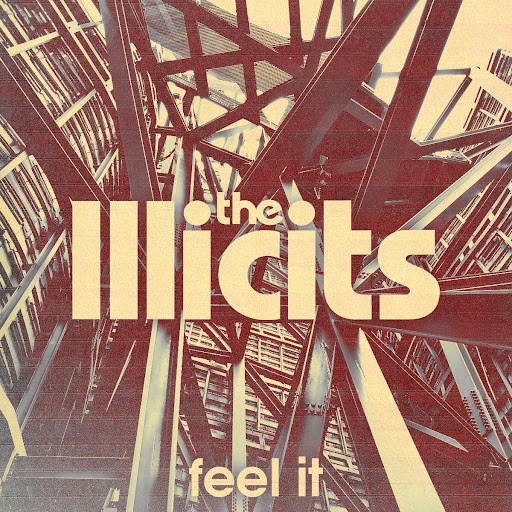 The Illicits are George Richards (vocals), Brad Hayes (lead guitar), Joe Mitchell (bass) and Matt Cottam (drums). With “Feel It” arriving as their fourth single to date, the four-piece have already amassed a cult following with their electric live shows in their hometown and beyond. As well as support slots with the likes of Liam Gallagher, Primal Scream, DMA’s, The Zutons and Miles Kane, the Blackburn band have performed live on Soccer AM and appeared on both BBC North West Tonight and Steve Lamacq’s show on BBC 6 Music.

The band have also amassed praise from the likes of Gigslutz, Northern Exposure, Louder Than War and Dork, with the latter commending “there’s a lot going on, and a lot more to come.” Making a stir with a run of earlier singles released on sold-out vinyl-only runs via Alan McGee’s Creation 23 label, raucous rock track “Left Behind” also featured Sex Pistols guitarist Steve Jones.

With their first headline show at Blackburn’s Electric Church selling out before they’d so much as released a single,  The Illicits will be heading back to the hometown venue for another packed out show this October. The band will also be hitting the road for shows in Nottingham and London over the Autumn, as well as playing a slot at Glasgow’s First Wave Festival.