Tebey – A Beautiful And Scenic Picture 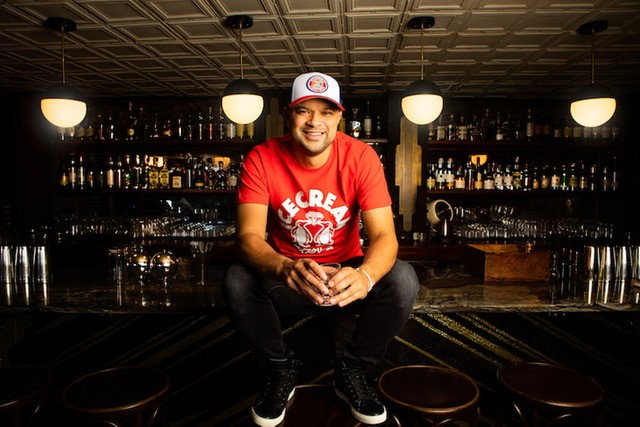 Chart-topping artist Tebey has released his highly-anticipated new single ‘Sink With The Sun’ today (15 July) via Jayward Artist Group / The Orchard on all streaming platforms.

“When my co-writers and I were finally able to marry the right melody with the existing lyric we had written, we were surprised with how effortlessly it flowed,” said Tebey of his new single. “As a songwriter and producer, I strive to draw the listener in from the very first note, and I think we’ve managed to do that with 'Sink With The Sun'.” 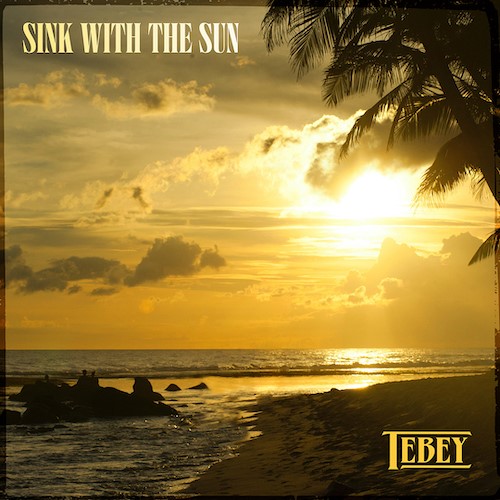 In addition to the release of the new single, fans can also catch the music video for 'Sink With The Sun' which premiered exclusively on The Boot yesterday (14/7). The music video, directed by Sean Cartwright and with David Schuurman as the director of photography, was shot in beautiful Tulum, Mexico. It showcases Tebey telling a story of lost love; the song’s main character travels to a memorable place to heal, and can’t shake the memories of the woman he once loved.

“When I found out 'Sink With The Sun' was going to be a single, I immediately started thinking about the music video. The song's lyrics paint a beautiful and scenic picture and I thought we could capture that essence by shooting in Tulum, Mexico. Working with Sean (Cartwright) (and David Schuurman as DOP) has been amazing. This is our third video together and he’s quickly become my go-to video director,” said Tebey.

Peterborough, Ontaro native and current Nashville resident, Tebey, is a platinum-selling artist, award-winning producer, and an accomplished songwriter with four official Top 5 radio singles, five Top 10 singles and five Top 20 singles as an artist.
The past few years have yielded some of Tebey’s biggest successes. He has had multiple #1 songs as a writer including a US Billboard #1 with Justin Moore’s ‘Somebody Else Will’, a UK #1 with Pixie Lott’s 'All About Tonight', a Canadian #1 with Gord Bamford’s 'Dive Bar', and his first #1 as an artist and writer with his Gold-certified single 'Who’s Gonna Love You'', which also won a SOCAN Song award. Additional Tebey hits include Platinum-certified 'Denim on Denim' and Gold-certified 'Happened On A Saturday Night'.
Tebey’s 2021 album, The Good Ones, remains his most successful release to date. The album reached the top five on both the iTunes All Genre Album Chart (#4) and iTunes Country Album Chart (#2). It included the near-Gold title track, a duet with Marie Mai, which was performed on the Canadian Country Music Association Awards (CCMA) national broadcast in 2020, and 'Song of The Summer', featuring Irish star Una Healy, which premiered on BBC Radio 2 in the UK.
Tebey has continued to actively build his international fanbase, doing tours and promotional visits across the UK and Europe, and fulfilling a dream of connecting audiences with his music around the world. He kicked off 2022 with his Canadian Shotgun Rider Tour, and returned from the UK in March after performing five capacity shows at the C2C: Country to Country festival at London’s O2 Arena where he also co-hosted a live radio show with BBC legend, Bob Harris. Tebey will be returning to the UK next month, to appear at The Long Road Festival and Nashville Meets London.

Most recently, Tebey won the 2022 CMA Ontario Single of the Year Award for his single 'Shotgun Rider’. He was also awarded the brand new Songwriting and Music Publishing Award presented by Music Publishers Canada and Music Canada for his co-writing contribution to pop artist Shawn Desman’s gold hit single 'Nobody Does It Like You'. Additionally, Tebey performed at the 2022 CMA Fest in Nashville in June, hosting yet another BBC Radio 2 show, interviewing artists such as Thomas Rhett, Kane Brown, Kelsea Ballerini, Cole Swindell, Lainey Wilson, Deana Carter and more. Showing no signs of slowing down, Tebey is currently working to complete a new album titled Tulum, which will include his latest single 'What Was I Drinking' which has already accumulated over 2.4 Million worldwide streams, and is heading to Top 10 at Canadian Radio. He is also filling his summer with showcases and festivals, and the second leg of his Canadian Shotgun Rider Tour which is starting this September following his return to the UK for two major festival appearances: