STONEY EDWARDS – Opening Up The Doors 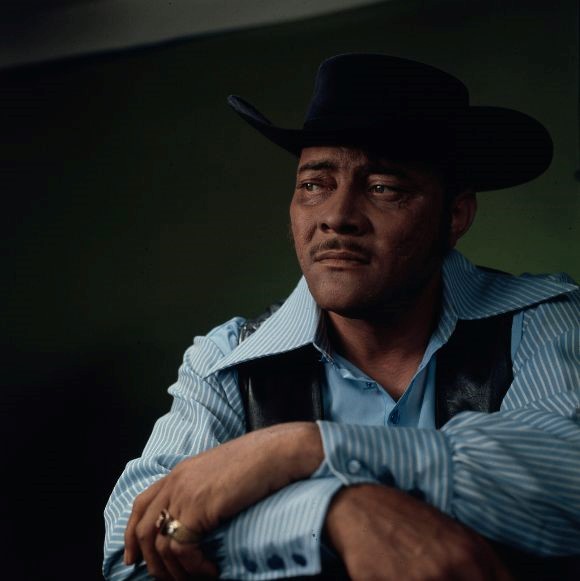 STONEY EDWARDS’ personal story filled with the struggle, grit, courage and heart is what  has long been the basis for songs that have shaped country music.

He was among the early black country music artists to find success and the first black country singer-songwriter signed to Capitol Nashville in the 1970s. With 2022 marking the 25th year since his passing, UMG Nashville/UMe concludes Black Music Month and honors Stoney Edwards with the streaming debut of all six of his acclaimed 1971-1976 Capitol Records’ albums. Down Home In The Country, A Country Singer, Stoney Edwards, She’s My Rock, Mississippi You’re On My Mind and Blackbird have been remastered from original analog tapes.

Stoney Edwards had 15 charting singles across his six Capitol Records albums and two top-20 hits “She’s My Rock” and “Mississippi You’re On My Mind,” available to stream/download here: https://stoneyedwards.lnk.to/Stream

Although his country music career began later in life, Stoney Edwards brought classic twang to his deeply personal lyrics such as “last night a two dollar toy made a million dollar daddy out of me,” the opening track and his first single, “A Two Dollar Toy,” from his debut album, A Country Singer. Also from his debut, “A Few of the Reasons” is a romantic ode with “Your love was there when everything else was gone….”

Hailed by critics from Nashville to London, The Nashville Scene praised him as “A wonderful country vocalist and a highly entertaining songwriter who tirelessly beat the bushes on Music Row in the early and mid-’70s. His style interspersed bits of Lefty Frizzell, Merle Haggard, and Hank Williams with his deep, coarse, yet ingratiating delivery.” The Guardian stated, “the former trucker’s recordings were regarded as crying-into-your-beer classics.…” In addition, country stalwart Billy Ray Cyrus, who narrated a new video about Stoney Edwards, said “I was captivated and mesmerized by this story. He opened the door for so many great talents to follow their dreams in country music. “

Stoney Edwards — A Country Singer [Digital]
1. Poor Folks Stick Together
2. A Two Dollar Toy
3. An Old Mules Hip
4. Bring Home a Bottle
5. Mama’s Love
6. The Cute Little Waitress
7. Something New and Different
8. I Bought the Shoes that Just Walked Out on Me
9. A Few of the Reasons
10. You Stayed Long Enough (To Make Me Love You)

Stoney Edwards — Stoney Edwards [Digital]
1. All She Made of Me
2. Daddy Did His Best
3. She Believed in Me
4. A Kingdom I Call Home
5. Tell Me That You Love Me
6. What Made You Change You’re Mind
7. You Can’t Call Yourself Country
8. Why Don’t You Go Home
9. I Don’t Believe I’ll Fall in Love Today
10. I Won’t Make it Through The Day

Stoney Edwards — She’s My Rock [Digital]
1. You’re Still a Believer
2. Sunshine
3. Feeling She’s Helping Me get Over You
4. Fishin’ Song
5. Two Dollar Toy
6. She’s My Rock
7. I’ve Got Mine
8. Honky Tonk Heaven
9. You Stayed Long Enough
10. Something New And Different

Stoney Edwards — Mississippi You’re On Mind [Digital]
1. Mississippi You’re On My Mind
2. Hank and Lefty Raised My Country Soul
3. The Cute Little Waitress
4. We Sure Danced Us Some Good Uns
5. Jeweldene Turner (The World Needs To Hear You Sing)
6. Rollin’ In Your Sweet Sunshine
7. We’re Learning How To Smile Again
8. She’s My Rock
9. A Two Dollar Toy
10. Summer Melodies