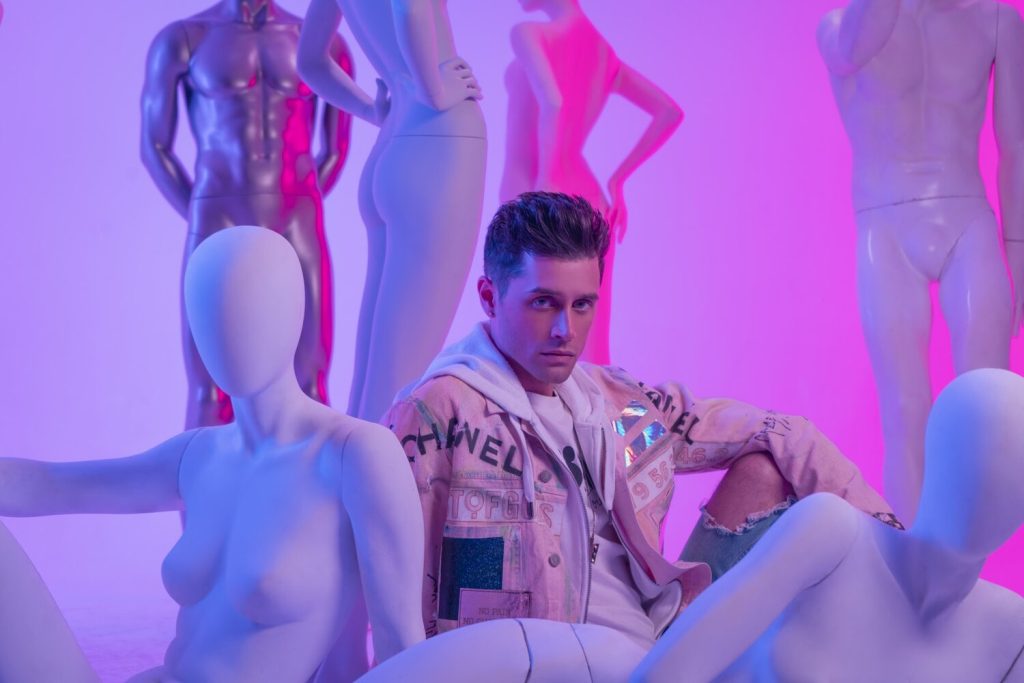 Stewart Taylor drops his latest catchy single, “Maybe We Shouldn’t Talk” and it’s bound to be the song of the summer!

Being a song about breaking ties with an ex-boyfriend, it’s perfect for Pride Month, inspiring listeners to prioritize themselves first over messy relationships. With crisp, commercial production, along with intricate pop and R&B riffs, the sound alludes to artists like Maroon 5 and Charlie Puth, which is fitting as Stewart Taylor has collaborated with Puth in the past. The two met at Berklee College Of Music after hitmaker Kara DioGuardi paired them up to write and record together.

On the story behind the song, Stewart says, “Maybe We Shouldn’t Talk was written the moment I realized that maybe it wasn’t a good idea to keep talking to my ex-boyfriend. It can be difficult to maintain boundaries with someone you used to date when you’re still in love with them. But I’ve found sometimes it’s better not to talk when the relationship was as toxic as mine. We still talk to this day (though we’re nicer to each other now) and he even likes the song I wrote about him.” Stewart hopes people can relate to his catchy new single— whether or not you have an ex you can’t get rid of, you’re bound to dance along to this energetic bop!

Stewart Taylor is an LA-based singer, songwriter, dancer, and MMG model. Drawing influences from Prince and George Michael, Stewart’s breakup and bed head anthems put the funk and the joy back in pop music. Stewart grew up in a small town outside of New York City, where he began writing songs and performing in local talent shows and clubs. Since graduating from Berklee College of Music, he’s collaborated with Grammy-nominated songwriters and producers like Charlie Puth, (Wiz Khalifa) Kara DioGuardi, (P!nk, Katy Perry) MADS & Jayson DeZuzio, (Imagine Dragons) and David Pramik (Selena Gomez).

Stewart Taylor’s funk and R&B inspired single Mess Your Hair Up dropped in Summer 2019. Following its release, the song was featured on Logo’s NewNowNext and Queerty.com’s Top 10 songs of the Summer with them claiming, “Fans of Bruno Mars and Betty Who would be remiss not to check out this funky, flirty single from indie LA-based singer-songwriter.” He debuted his latest single Maybe We Shouldn’t Talk at California’s first-ever Venice Pride ahead of its June 24th worldwide release.

In addition to writing for himself, Stewart Taylor has penned songs for Romanian pop star Antonia and American Idol’s David Hernandez. He is an active voice in the LGBTQ+ community and his coming out story was featured in the New York Times bestselling book, It Gets Better: Coming Out, Overcoming Bullying, and Creating A Life Worth Living.