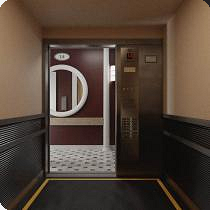 Was there someone there in those missing moments when you battled with your mind? Did the doors open to a ghost or a devil? Did you slip into the water to hide from the voices that had followed you from the womb, to silence the endless screams and whispers? Or were you left in the cold, wet darkness with your unseeing eyes open wide by a soulless thing that stole your laugh, your smile and your life? Or were you there at all? Only the spiders watching from their shadowed corners know…and they wrap their secrets in silk and store them with the flies.

From their unseen web Spider God have emerged, scuttling into your peripheral vision, a many-legged blackness that drips cold malice down your spine… After an array of split releases, EPs and an acclaimed collection of poisoned pop covers, the time has come for the arachnid deities to unveil their first full length album of original material – and what a breathtaking concoction of fear, confusion and madness it is! A concept album that explores the chilling mystery of Elisa Lam, the young Chinese-Canadian woman whose body was found submerged in the rooftop water tank of her LA hotel in 2013, Fly In The Trap immerses itself in the multitude of unanswered questions that surround this strange tragedy which has haunted the imaginations of so many. An onslaught of dazzlingly melodic black metal, touched with an anthemic hardcore quality, pours from the speakers in a cold torrent as the story unfolds; intimidatingly powerful yet enticing and captivating, a sound like no other. Featuring guest contributions from Revenant Marquis, Rope Sect and A Forest Of Stars, with soul-shaking drums recorded by  Mountain Man’s Patrick Murphy at the renowned God City Studios (Converge, High On Fire, Kvelertak etc ) Fly In The Trap is one of the most remarkable albums you will hear this year, or any other. Spider God draw you into their labyrinthine web of heartbreak and horror, where cold winds of loneliness and loss assail you at every step. Mixed and mastered by Will Killingsworth (Abazagorath, Dödsrit, Wolven etc) at Dead Air Studios, Fly In The Trap sounds stunning; the full hurricane force and beguiling melody of tracks like the irresistible ‘Hiroshima Mon Amour’ or the magnificent ‘The Fifty Second Murderer’ exquisitely captured, with every element of the band’s searing attack being given room to breathe, to speak and to scream.

Spider God’s previous releases – eight of them in number of course – have all been markers along the way to this moment, their electrifying shows with Lamp Of Mumuur and appearances at the Darkness Over Cumbria festival all stepping stones to this emergence. When Fly In The Trap is released on November 11th by Repose Records, with its strangely unnerving, panic-inducing artwork created by Lucas Rackliffe, the true magic of the Spider God will be revealed. Embrace the fear and prepare to stare into an abyss of secrets.