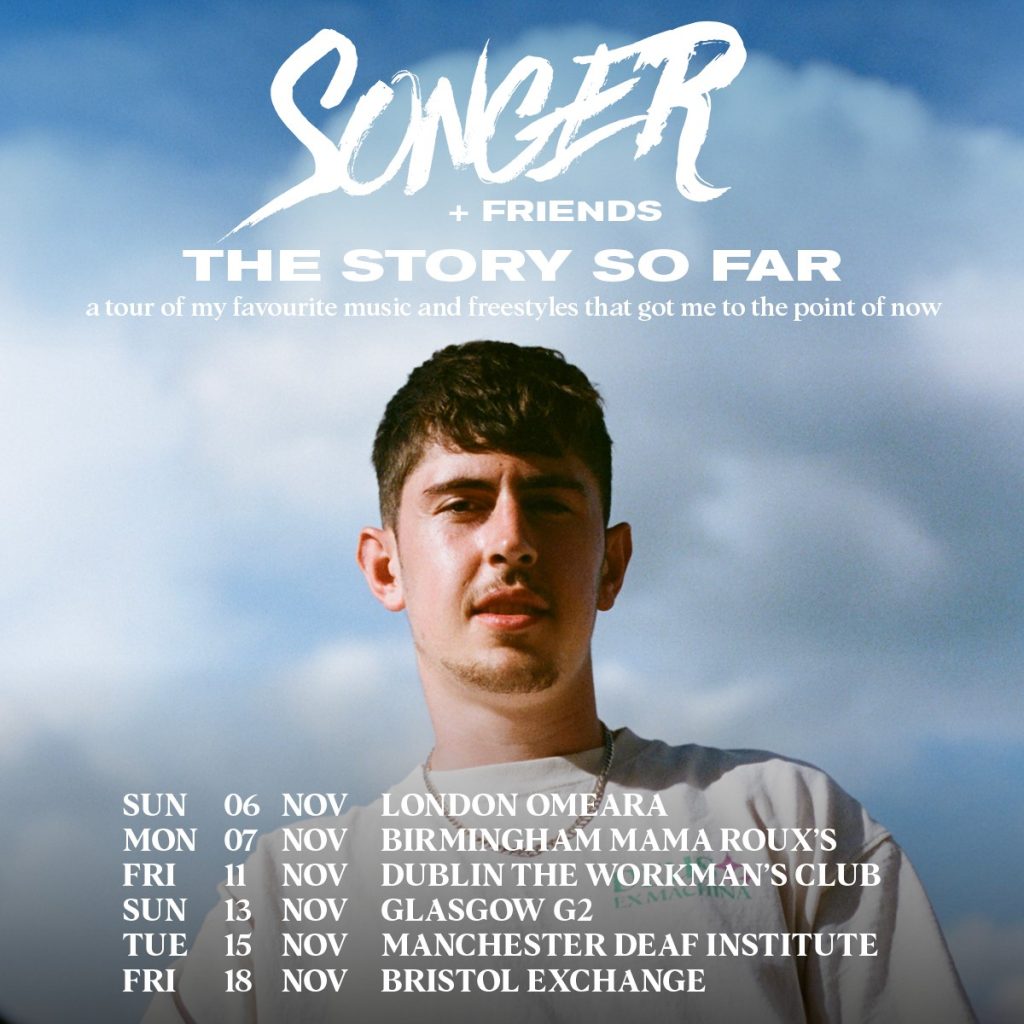 Songer has announced his debut UK and Ireland headline tour for November 2022. The run of six dates will showcase his musical journey of favourite tracks and freestyles that got him to the point of now.

Songer is a 22-year-old independent artist who hails from Reading. Considered one of the best lyricists in the UK, his last album “The Sunrise Project” has reached over 22 million streams and he has racked up over 50M streams across Spotify artist catalogue alone.

Possessing confidence and ability beyond his years, his legendary BL@CKBOX appearance has over 6 million views on YouTube and he has three of the most viewed freestyles in history on the platform, proving that he is up there with the UK’s finest.

One the hottest emerging artists on the scene, Songer recently featured on Vibe Chemistry’s ‘Balling’ remix, which peaked at #35 in the UK Charts, his verse was widely regarded as the best on the track.

Currently working on new music and gearing up for the release of his next EP in January, Songer will be heading out on his debut headline tour in November, he will also be joined by a host of special friends.

Tickets go on sale at 10:00am on Friday 23rd September and will be available from www.gigsandtours.com