ONSLAUGHT – This Is Fucking Killer 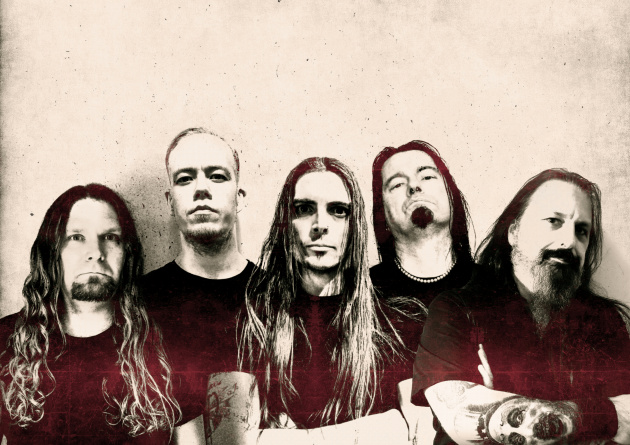 This May, British Thrash Metal force  ONSLAUGHT were inducted into the „Metal Hall of Fame“, being characterized as „one of the most ferocious, explosive and controversial Metal bands ever to come out of the UK.“

2022 sees one of the most influential and respected bands of their genre, led by Nige Rockett, celebrating its 40th anniversary and is doing so in style. Today, ONSLAUGHT are re-issuing their latest three studio albums “Sounds Of Violence“ (2011), “VI” (2013) and “Generation Antichrist” (2020) as red 180 gram Vinyl editions in gatefold sleeve. ONSLAUGHT have also released a special “Anniversary Edition“ of “Sounds Of Violence”, which now comes as a 2-CD digipak including a bonus CD.

The band recently commented: “It’s great to see AFM re-releasing these albums to help celebrate the 40th anniversary of the band. Some new ‚Sounds of Violence‘ artwork, new videos and bonus tracks too?…yea, this is fucking killer!” 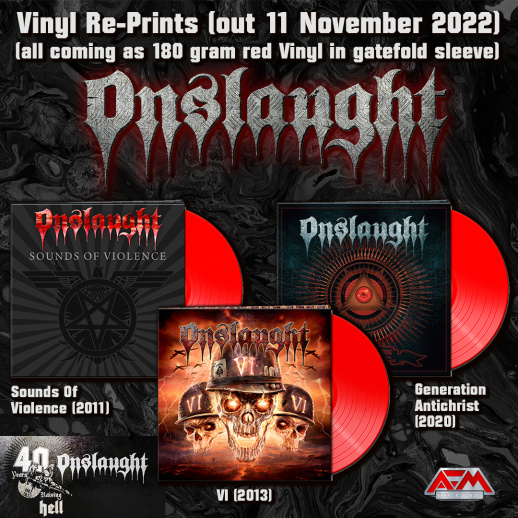 The ONSLAUGHT anniversary editions, which belong into every well-sorted Thrash Metal record collection, are now available via the AFM Records store at THIS LOCATION!