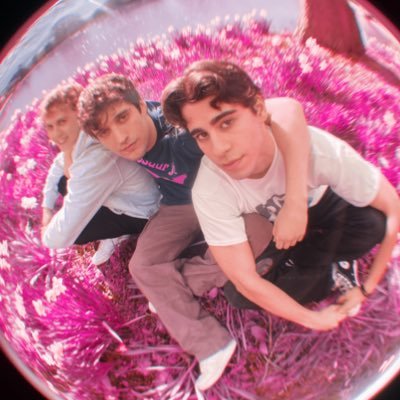 The band teased the new dates while on stage during their SOLD-OUT show at London’s Bush Hall last week. General on-sale on 9th September.

Speaking on the shows, New Rules say: “We’re so excited for these upcoming shows. We miss our Midlands, Northern and our mad Scottish fans and we couldn’t resist another London date off the back of our party in Bush Hall. Can’t wait to see you all there- Bring your voices and don’t be afraid to lose em x”

This announcement follows a string of SOLD-OUT debut shows across the US earlier this year, which included performances at New York City’s Mercury Lounge and The Moroccan Lounge in Los Angeles.

Recently cited as one of Rolling Stone UK’s ‘highly recommended’, New Rules – comprised of Alec McGarry [vocals, guitar], Nathan Lambert [vocals, guitar], and Ryan Meaney [vocals, guitar] -released their highly-anticipated extended EP ‘Go The Distance (Extended)’ earlier this month. The extended mixtape includes stripped-down versions of “Go The Distance” and “Love You Like That” as well as live offerings of “Drunk Texts” and “Lucky Me.” Alongside the extended EP release, New Rules revealed a live video for ‘Lucky Me’- watch here. Filmed at their Los Angeles show, the personal video showcases behind the scenes footage of New Rules’ time in America.

With Ryan from Ireland, Alec from Hertfordshire, and Nathan from Chelmsford, the boys initially met online, bonding over similar backgrounds playing music on street corners, uploading covers online, and penning original material. Following the viral success of ‘Pasta’ and ‘Emily,’ they caught the attention of Elektra (Parlophone in the UK) and signed to the label. Earlier this year, New Rules released ‘Really Wanna Dance With You’ and ‘Cheers’. Written and co-produced entirely by the band, they caused a flurry of activity on TikTok, with Wonderland Magazine stating the group is “set to become the next big thing”. 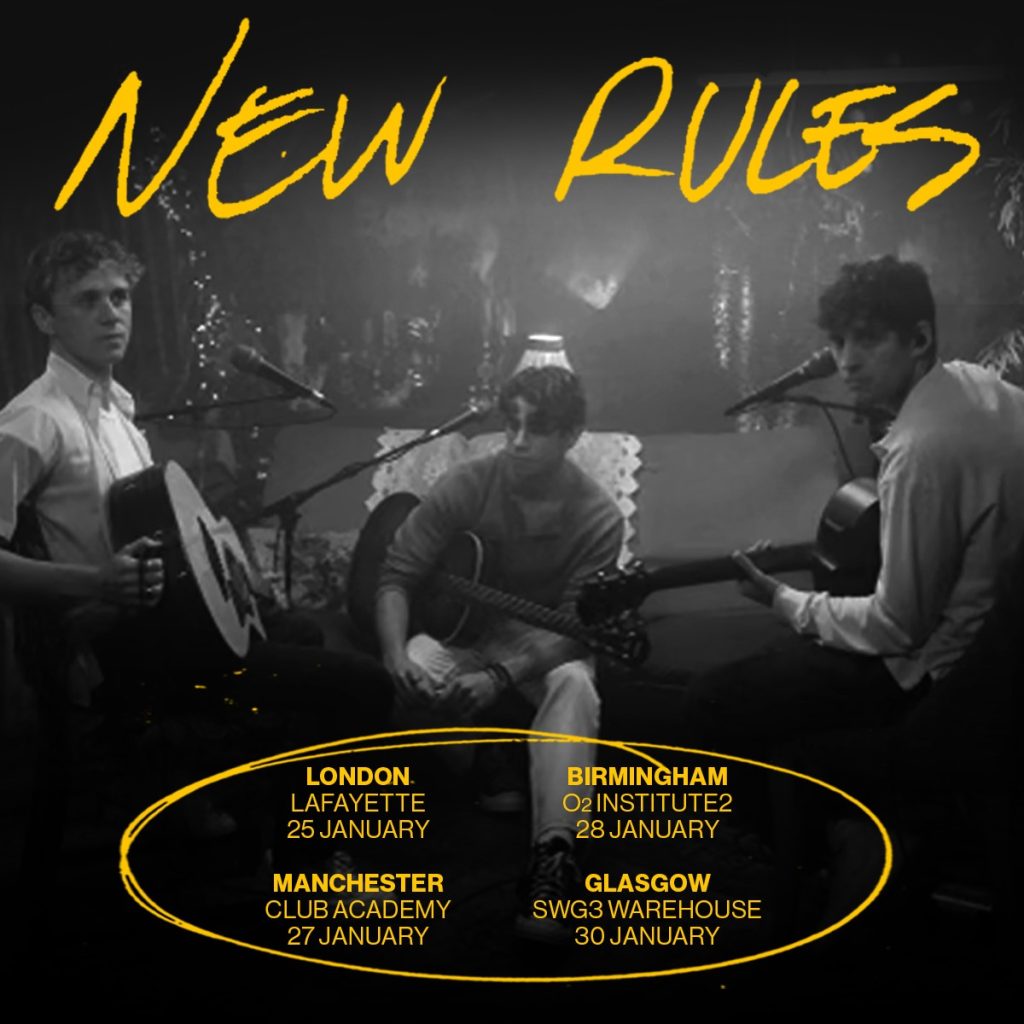 Following the 2022 intimate shows, these new dates are the first New Rules shows announced for 2023.