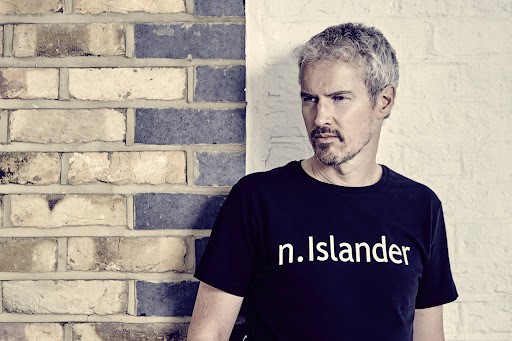 One of Scotland’s most celebrated artists of the 21st Century – MULL HISTORICAL SOCIETY – will return in 2023 with a wave of new activity.

Signing with Demon Records, the alias of Colin MacIntyre will be releasing a trilogy of colourful classic album reissues (‘Loss’, ‘Us’ and ‘This Is Hope’), plus a lavish 80 track media-book box set (‘Archaeology: Complete Recordings 2000-2004’) – all released on 24th February. Order here: https://mullsociety.lnk.to/archaeology

In addition, MHS will also be returning to the live stage for a very special anniversary show in celebration of his early works.

The jewel in the crown of these revisionary releases is ‘Archaeology: Complete Recordings 2000-2004’;  an expansive and ornately produced 4xCD media/book set that is a must for every Mull Historical Society fan. A monument to MacIntyre’s earliest period, its 80-strong tracklist includes the first three MHS albums in their entirety (Discs 1-3), plus a fourth disc compiling a trove of unreleased rarities, live tracks, demos, and covers (inc. The Strokes’ “Last Nite”, Ms Dynamite’s “It Takes More” and Radiohead’s “Motion Picture Soundtrack”). Accompanying the audio is a lovingly produced book, compiling exclusive photographs, extracts from Colin MacIntyre of MHS’s celebrated writings (inc. a preview of his new memoir ‘The Boy In the Bubble’), plus a reflective chapter on ‘Loss’ extracted from Tom Clayton’s 2022 book ‘When Quiet Was The New Loud’, and an essay from journalist Billy Sloan discussing the Mull Historical Society legacy.

In tandem with the boxset release, MHS’ first three albums (‘Loss’, ‘Us’ & ‘This Is Hope’) will also be available as individual vinyl editions for the first time since their release.

The record that started it all, ‘Loss’, Mull Historical Society’s Gold-selling, Top-40 breakthrough album is being remastered and repressed in a 2xLP black vinyl edition. Featuring the 7-minute epic “Barcode Bypass” (a track named NME’s Debut Single of the Year in 2000), the single signalled the emergence of a truly original song-writing talent for the new millennium, with MTV supported follow-up singles such as “I Tried” and “Animal Cannabus” laying the groundwork for a momentous debut album. Sumptuously crafted, with quirky and thought provoking lyrics, ‘Loss’ proved to be an instant hit with fans and critics alike. “‘Loss’ was about dealing with grief, celebrating life and a tribute to Community too” remembers Colin, “and I feel so blessed it found one”. Widely acknowledged as one of the best British albums of that year (2001), ‘Loss’ received universal praise from the likes of NME (9/10), Uncut (5/5), The Scotsman (5/5), The Observer, Time Out and more. Standing the test of time over the years, ‘Loss’ was a recent subject of the Sunday Herald’s ‘Scotland’s Best Albums’ series, while its featured hit single “Watching Xanadu” featured on STV’s ‘Scottish Greatest Album’ show. 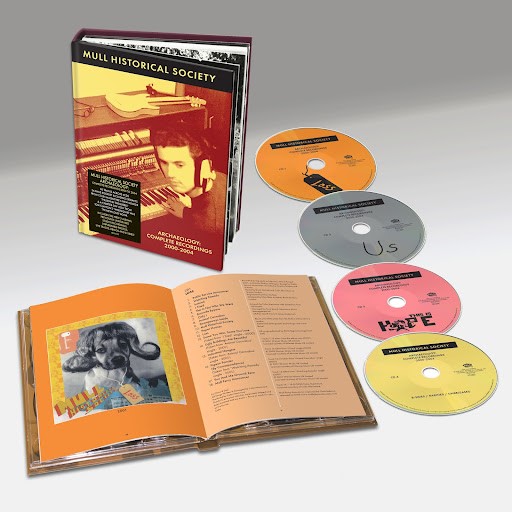 Marking its 20th anniversary this year, MHS’ sensational follow-up record, ‘Us’, also receives a 2xLP black vinyl edition, with remastering by Phil Kinrade. A record about “reaching outwards and making sense of an exciting, hugely changeable, time in my life” reflects Colin, its personal subject matter would also connect with wider audiences and became a Gold-selling Top-20 smash. Featuring hit singles the likes of “The Supermarket Strikes Back” (a follow-up song for “Barcode Bypass”) and the wonderful Top 20 highlight “The Final Arrears #19”, the album was testament to an artist mastering his craft and expanding his world, with a 5* review in the Observer praising it as: “Originality is at its core. MacIntyre has arrived as if fully-formed. A tartan clad debut of aspiring proportions”.

Bookending this trio was ‘This Is Hope’, an album that will be pressed on vinyl for the very first time in 2023. Mull’s third act of those early years, marked something of a departure from “Loss” and “US”. Made at the legendary Bearsville Studios in Woodstock, NY, it was also his first recorded outside the UK. Travelling across the US over a two-month period, the sights and sounds of America’s deep south would bring exotic new flavours to the MHS sound, notably so on the Top 40 hit single “How ‘Bout I Love You More” and the exceptional closer “In The Next Life (A Requiem)”, which featured a New Orleans gospel choir.

Reflecting on the last 20+ years of Mull Historical Society and these upcoming releases, Colin MacIntyre says: “I truly appreciate how these albums seem to have found their way into people’s hearts & minds over the past 20-plus years, which makes me feel like quite the spring chick... Over the past few years I’ve had possibly my biggest creative surges in both music and writing, juggling the puzzle of where to land loads of new ideas. It reminds me of the time leading up to making ‘Loss’ when it all started to make sense. So I’m excited to have the first three albums’ reissued on vinyl ('This Is Hope' for the first time), plus an 80-track Complete Recordings Box-set retrospective out in Feb, for which I hope the “real” MHS won't mind me borrowing their “Archaeological” arm in the title…"

In celebration of the reissues, Mull Historical Society is planning a unique performance at this year’s Celtic Connections festival in Glasgow. On 3rd February 2023, Mull and a full live band (plus some special guests TBA), will be performing his first two records ‘Loss’ and ‘Us’ in their entirety at the city’s Saint Luke’s venue. Promising a reflective and celebratory evening, tickets and further details can be found here.