MISS MAY I – An Unrelenting Spirit 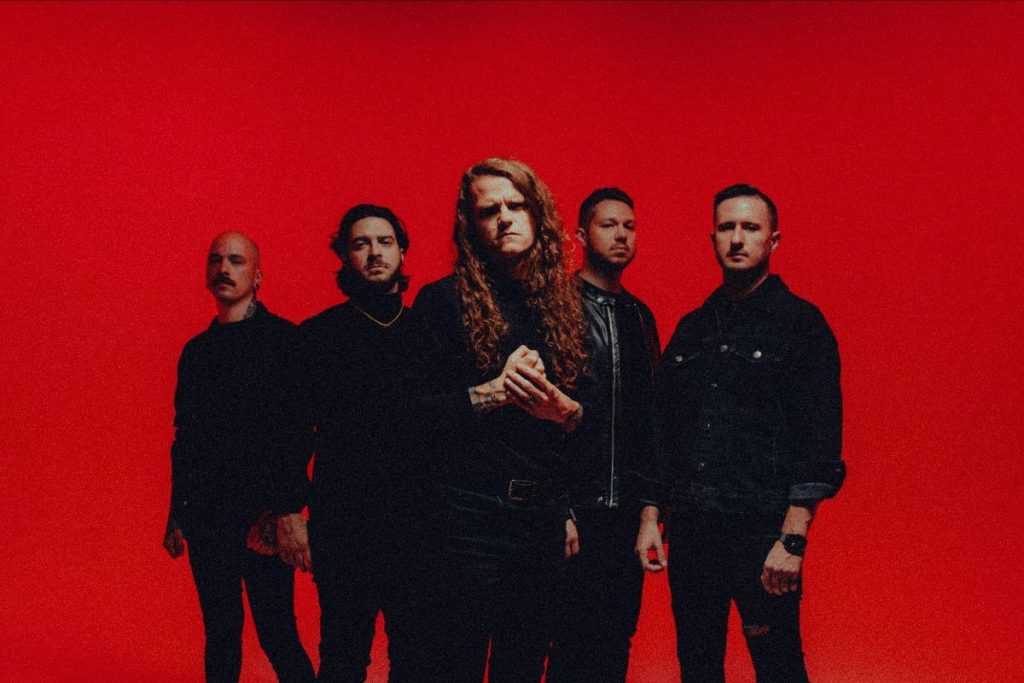 Curse of Existence, the seventh studio album from MISS MAY I, explodes with the life experience of an established band, the uncertainty of mental health struggles, the isolation of the global shutdown, and the perspective gained from the most extensive time away from the road of each man’s adult life.

Produced by Will Putney (A Day To Remember, The Amity Affliction, Every Time I Die), Curse of Existence is the sound of five people prying victory from the jaws of defeat. Unbroken by isolation, fearless in the face of fear, MISS MAY I wrestle with demons real and imagined all over the album.

“‘Earth Shaker’ is our self description on the ones who are motivated to get themselves out of the ‘mayhem’ they are experiencing. Everyone out there has reached the breaking point where enough is enough and the time comes to make a change. Sometimes that change can make ripples in your life and redirect you to a new path, but its still forward and that’s what matters. Even when it feels like there is no where to go you can become an ‘Earth Shaker’ and make your own quake in your life.” – Levi Benton

“Curse Of Existence is exactly what it reads, the curse we have in our existence. This doesn’t mean anything strictly negative, but it covers all existence that is the good and the bad, the highs and the lows, the sorrow and the joy. Everything that comes with life comes with a lesson and a price and that is what we have put into this new album. It tells our lessons over our lives that have shaped us and have brought us to the very bottom of our lowest low and the tallest point to our highest high. We know the reflection we all went through during the world coming to a halt and that experience brought a lot of these sheltered emotions to light!” – Levi Benton 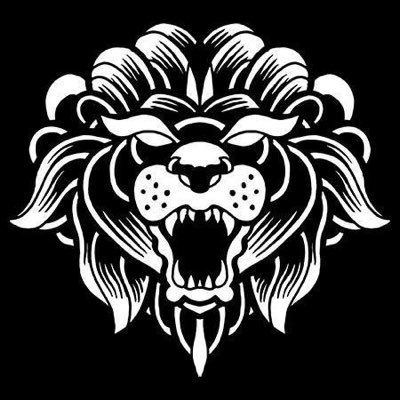 The men of MISS MAY I were high school students when they picked up the New Wave Of American Heavy Metal torch set ablaze by bands like Killswitch Engage, Lamb Of God, and All That Remains. Arguably the most prolific group in the Warped Tour-era of the vibrant metalcore scene, the Ohio boys cranked out a breathtaking six albums from 2009 to 2017, some of them just a year apart.

They delivered unforgettable performances on global tours, including runs with Five Finger Death Punch, Pierce The Veil, Asking Alexandria, August Burns Red, and Gwar. A generation of fans who connected to the band’s blend of pummeling chaos, irrefutable breakdowns, and singalong choruses cherish MISS MAY I. The band perfected its style from early outbursts through recent works like Rise of the Lion (2014) and Deathless (2015). “Shadows Inside” (23 million streams on Spotify alone), “Hey Mister,” “I.H.E.,” “Forgive and Forget,” “Relentless Chaos,” and other MMI staples became anthems. 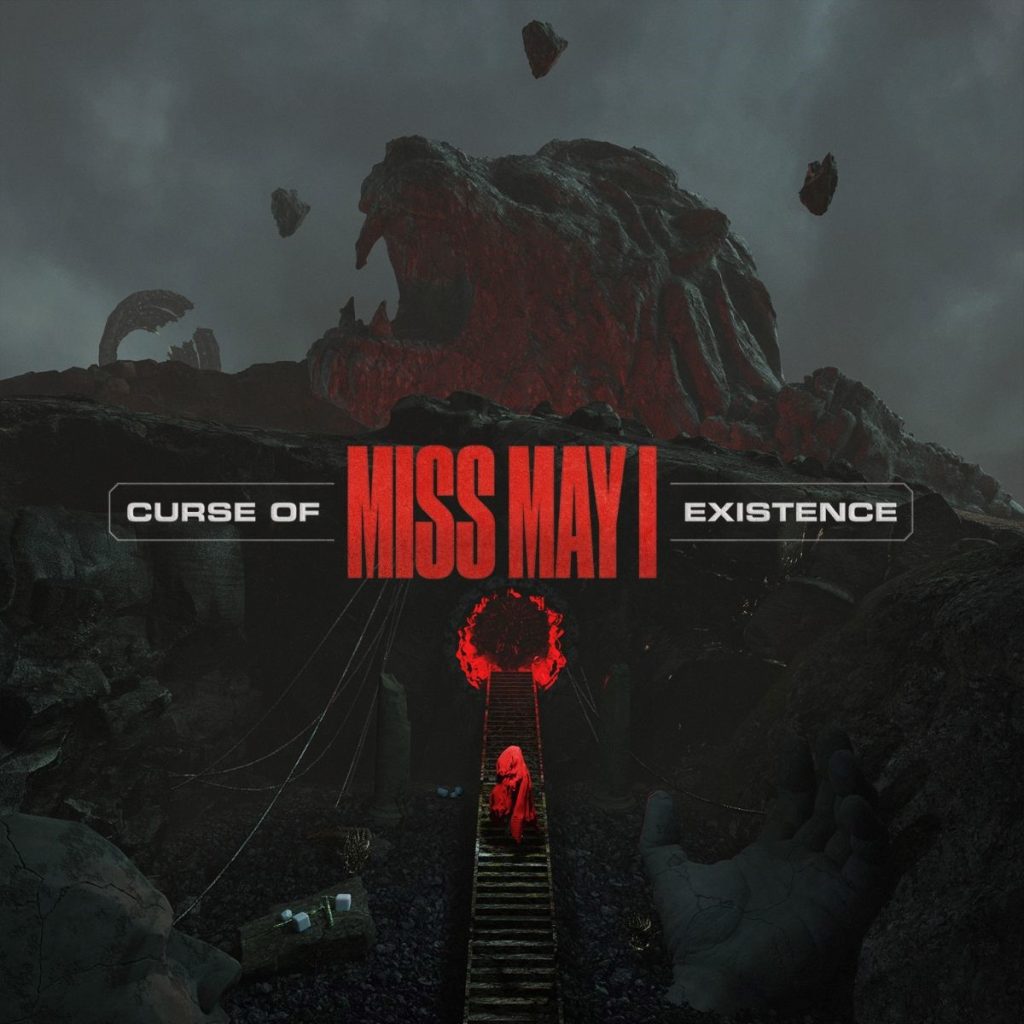 MISS MAY I and their fans grew up together, a shared bond reflected by the music itself, equally inviting to longtime devotees and newcomers alike. Relatable real-life concerns present themselves in the collaborative lyrics and music across ten songs which wring hope from self-doubt and turmoil.

Levi Benton, B.J. Stead, Justin Aufdemkampe, Ryan Neff, and Jerod Boyd don’t shy away from arresting confessionals about depression and hopelessness in their heaviest, darkest, angriest songs. But a spirit of hope and a newly broadened worldview inform the album as well, with urgent vigor.

Revolver Magazine included the band’s debut in a 2021 article titled “10 Essential Metalcore Albums from 2009: The Year Everything Changed,” alongside classics from Architects and We Came As Romans. As early as 2010, Alternative Press (who later put MISS MAY I on the cover) praised their “mix of catchy, Swedish-style riffs and mosh pit-ready breakdowns.” AP singled out Benton’s “convincingly enraged roar,” bassist Ryan Neff’s clean vocals, and the “blazing two-guitar team” of B.J. Stead and Justin Aufdenkampe, whose riffage was worthy of Arch Enemy or In Flames. Rounded out by drummer Jerod Boyd, MISS MAY I even kept the same lineup together for more than a decade.

Metal Hammer saluted Shadows Inside for “how easily this band can sway from ambient melodic metalcore to balls-out passages of guttural darkness.” Curse of Existence is proof of the band’s continued relevance and future longevity, delivering on the promise held by each album before it.

MISS MAY I celebrates over a decade of savage metalcore and soaring melody, revitalized and poised for another insurgent renaissance. They remain armed with unmistakable power, road-hardened experience, a steadily building catalog, and an unrelenting spirit, supported by a diehard community.