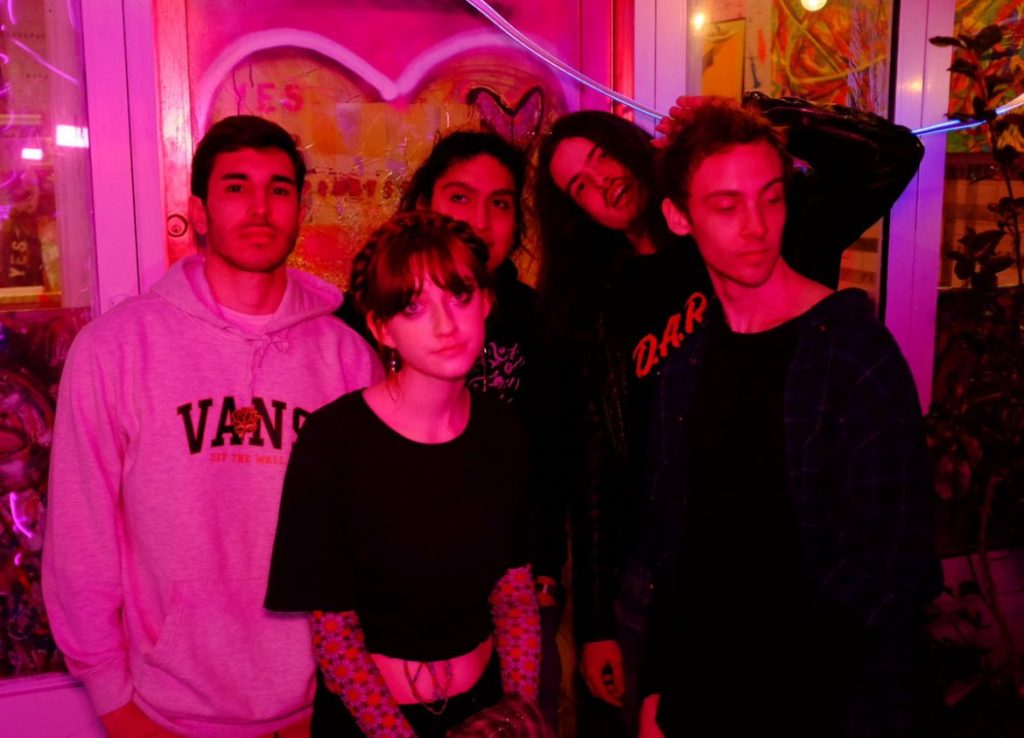 Little Fuss pose ‘20 Questions’ on the ability to fall in love with a stranger.

Can two people fall in love after asking each other “20 Questions”? Can one person fall in love with a band after hearing a single song? The first query is asked by Little Fuss in the Boston duo’s artful new single, now streaming on all major platforms with the official music video release on Friday, July 8. The second question, well, that’s up to the listener.

But Little Fuss make it easy to find a new favorite band.

The songwriting and production duo of Olivia Martinez and Cody Von Lehmden have created a summer splash with their effervescent new single, as “20 Questions” provides a bridge between last fall’s debut EP Hazy and the pair’s forthcoming debut album Girls at Parties. The two Ohio natives formed Little Fuss in Boston after meeting via a chance encounter studying abroad in Spain, and together Martinez and Von Lehmden create a world of pitch-perfect DIY pop that swirls across genres and easy categorization. It’s engaging music that confronts and consoles, and in the case of “20 Questions,” Little Fuss utilized hip-hop inspired drums with spacey guitars and EDM-style low end to create their unique take on danceable pop music.

And across the glossy sheen of the music is an undertow-like lyrical current that draws its inspiration not just from love, but “Modern Love.”

“The lyrics to ‘20 Questions’ were inspired by a New York Times column – ‘Modern Love’ – which discussed a psychological experiment done in the 1990s by Arthur Aron, Ph.D., Elaine Aron, Ph.D., and other researchers,” say Little Fuss. “The experiment used 36 increasingly personal questions to determine whether complete strangers could fall in love. As someone who prefers getting to know people intimately (Breakfast Club-style) as opposed to partaking in the formality of dates, Olivia found this very interesting and combined it with the game 20 Questions, applying the experimental idea to a pop song setting.”

The result is a self-produced and propulsive tune that expands upon Little Fuss’ unique take on art-pop, while offering a more polished and focused edge. The duo wrote the song shortly after moving to Boston in the middle of winter, recording ideas in between panicked attempts to contain the aggressive leaks in their decrepit apartment. They spent months finessing the specific instrumental parts and sounds after locking in the track’s core early on in the songwriting process. It’s another display of the musical chemistry of Martinez and Von Lehmden, first showcased on Hazy, and now elevated once more with the total earworm that is “20 Questions.” 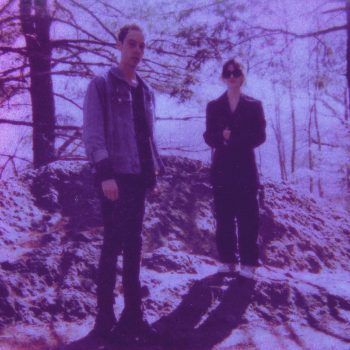 “Since the songwriting backbone of Little Fuss consists of just two people, we are in a unique position in which the arrangement of our songs doesn’t necessarily have to conform to a typical ‘rock band’ format,” admit Little Fuss. “This, along with the fact that we record 100 percent of our songs in our bedroom, allows us to lean into combining various genres.”

As Little Fuss both evolve both as a band and creatives, the idea behind the “20 Questions” music video was to give a portal into what it’s like to experience their live show, where they perform as a quintet. Directed by Little Fuss and Remington Strecker, the visual was filmed during a DIY house show back in February at The Greenhouse, utilizing both digital and analog formats – and “later combining them in a way that felt like a cohesive and real documentation of the show,” they add. For the shoot, Little Fuss threw a party and set up a DIY music venue space entirely themselves, including installing sound equipment, proper lighting, and decorating the space. It was also their first headlining show, and the “most energetic show that we’ve played so far.”

True to the fickle nature of DIY spaces, the venue has since shut down, making “20 Questions” a sort of time-capsule for a time not at all far ago. 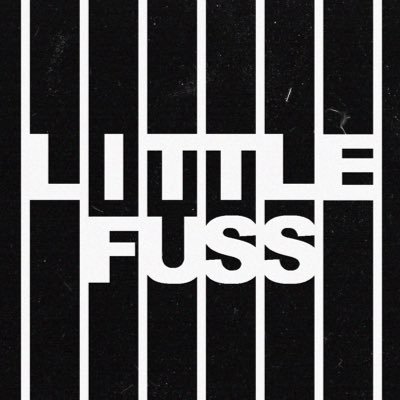 “This song and video represent our DIY approach to being a band more than any other release,” Little Fuss note. “We spent almost a year working on the song itself and threw our first house show to shoot the video. Overall, we have decided to keep everything as DIY and independent as possible while still treating our music with the seriousness and conceptual creativity of a signed band with more resources than we currently have. With the right team of supportive friends, it’s amazing what you can create yourselves.” 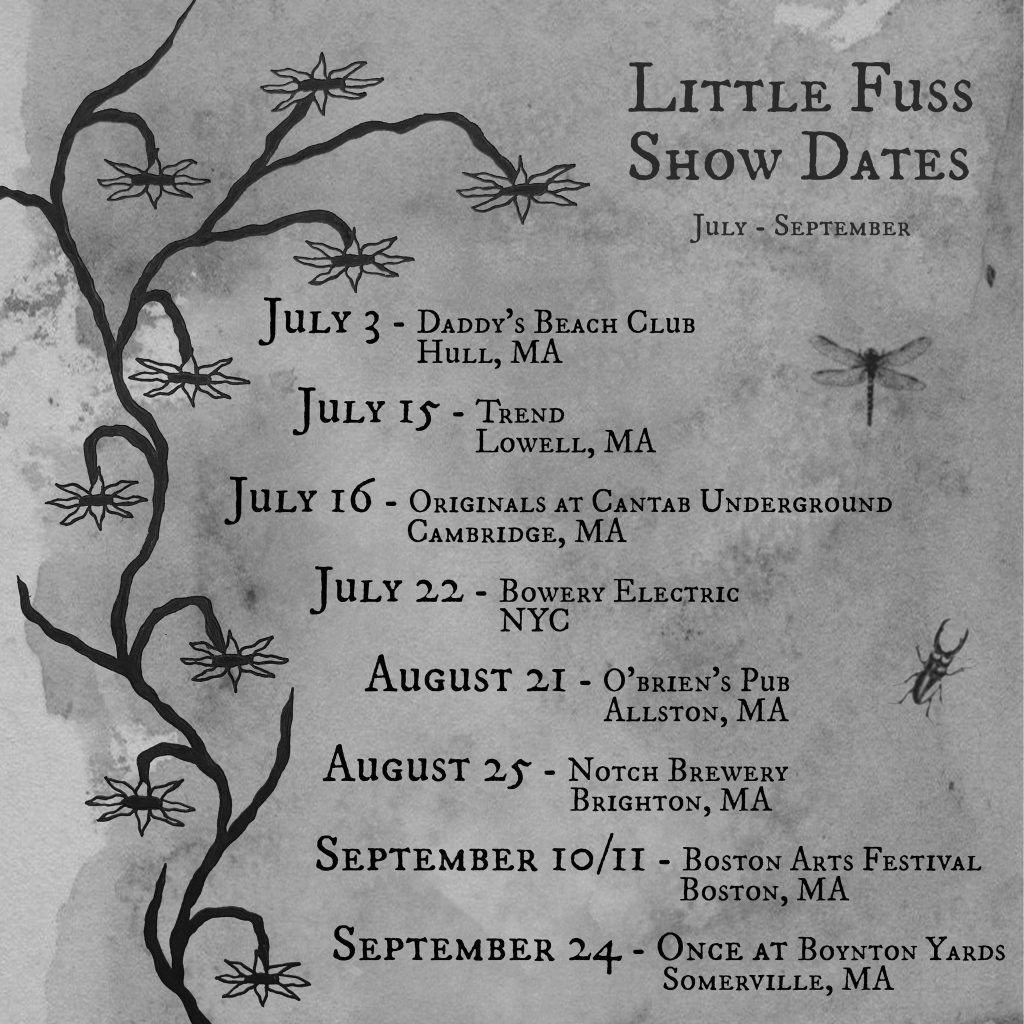