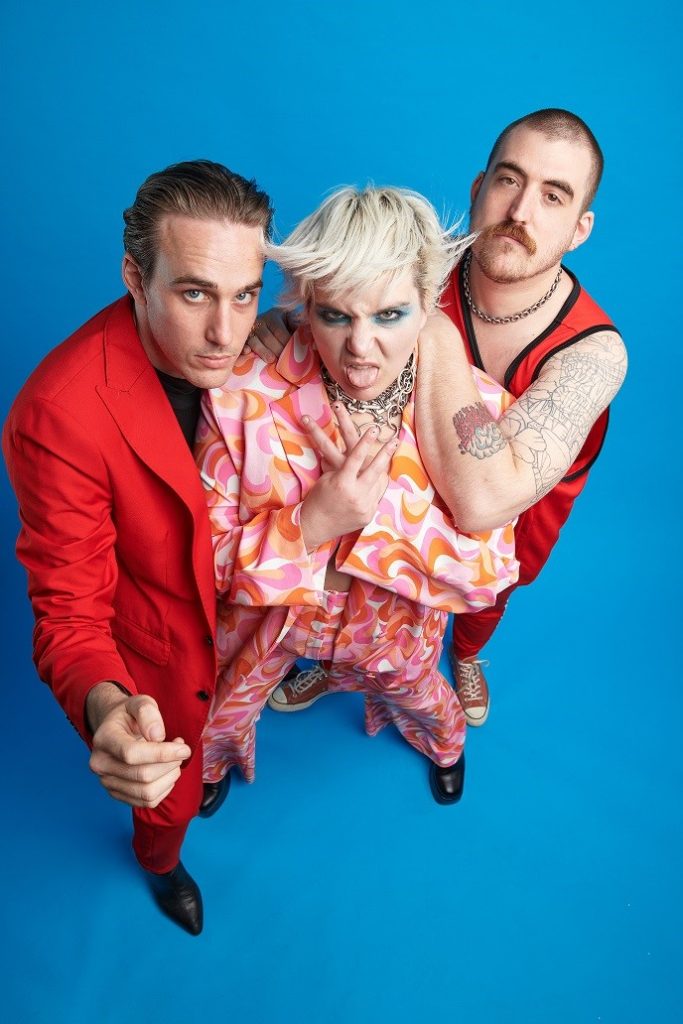 Ahead of the release of their new track ‘Frenemies’ LibraLibra have announced a UK headline tour for March 2023.

A chaotic postmodern Frankenstein’s monster, LibraLibra sits simmering in the fractured space between art-pop and punk. From bursting house parties, to supporting Psychic TV at Heaven, to headlining the Brighton Dome, LibraLibra is a DIY collective with an uncompromising creative vision that holds up a cracked mirror to the chaos of modern life.

A Pandora’s box that first opened itself to the world in 2018, LibraLibra has continued to erode the stability of convention with each ambitious release. Founded by vocalist Beth Cannon (fresh off of a tour with Simon Raymond of the Cocteau Twins) & Producer/Drummer Joe Caple (CLT DRP, Lambrini Girls, The Physics House Band) the couple soon enlisted long time friend; multi-instrumentalist Guy Jones to complete this genre-defying line-up, whose explosive videos & aesthetic are matched only by their visceral live performances.

Several weeks of working with producer SPACE (IDLES, Never Not Nothing, Jamie Lenman) saw the birth of their 2020 self-released debut EP ‘ Hail Mary’ championed by Melita Dennett from BBC Introducing The South and receiving praise from BBC Radio 1 and BBC 6 Music. Fast-forward to the present day, their second EP ‘Modern Millennial’ was born. Incubated in the womb of a hysterectomy, mental collapses, breakups, loss, a global pandemic and existential dread, this self-produced release lays screaming in the operating theatre gasping its first breath. Through pain is growth, through death comes rebirth. LibraLibra are excited to bring their blemished child into the broken world. A collection of songs that serve as a soundtrack for the apocalypse. A hint at the limitless possibilities that are yet to come, whilst laying to bear the past that lead them here. The group have also announced the release of their new single ‘‘Frenemies’ which will be released on 31st October, you can pre-save the single here.

Looking forward to heading out on the road for their headline tour next year, the band will visit Brighton, Newport, Leeds, Manchester, Newcastle, Glasgow, Birmingham and London in March 2023.

Tickets go on sale at 10am on Friday 28th October and will be available from www.gigsandtours.com / www.ticketmaster.co.uk