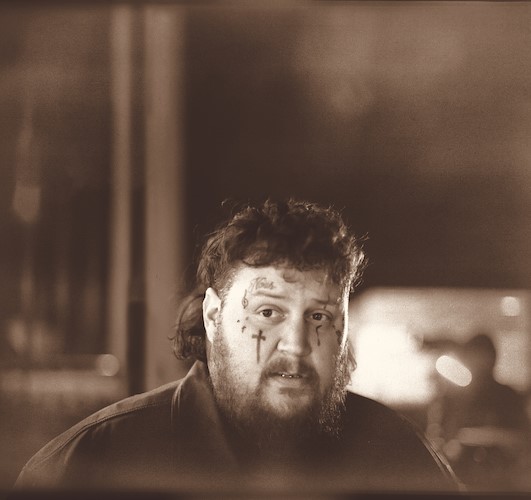 Multi-genre phenomenon Jelly Roll sold out Nashville’s Bridgestone Arena last Friday evening (9/12),further cementing “his rising mainstream stardom with a 130-minute concert” (The Tennessean).Playing to a roaring crowd more than 15,000 fans strong, the Antioch native took the moment to perform his new single, ‘NEED A FAVOR,’ live for the very first time after releasing it the morning of his homecoming concert.

Featuring a packed set list that left the “hometown crowd… in awe” (The Tennessean), the South Nashville native with more than four billion career streams “showed that he’s a savvy entertainer as well as a uniquely personal songwriter” (Taste of Country). Jelly brought out several special guests out during the show, “each more excited to see him thriving on the city’s biggest stage than the last” (Taste of Country). Guests included ERNEST, Riley Green, Sam Hunt, Shinedown, Struggle Jennings, Tech N9ne, Krizz Kaliko, Chris Young, famed sports announcer Michael Buffer, and Jelly’s 14-year-old daughter, Bailee Ann, who took the stage to perform a song she wrote with her father’s encouragement about the pain of watching her mother’s addiction battle. Later in the show, Jelly was joined on stage by the renowned Fisk Jubilee Singers for the live performance debut of his new single, ‘NEED A FAVOR,’ before ending the show with his career-defining hit, ‘Save Me.’ Read more about the show via The Tennessean here.

In and out of the juvenile detention system since age 14, the Bridgestone headline date represented several milestones for Jelly, with proceeds from the show earmarked to build a recording studio and provide music programs at the Davidson County Juvenile Detention Center – where Jelly himself served as a teen-and for other programs benefiting at-risk youth in partnership with Impact Youth Outreach, including Hometown Heroes Scholarships for Metro Nashville Public School seniors. 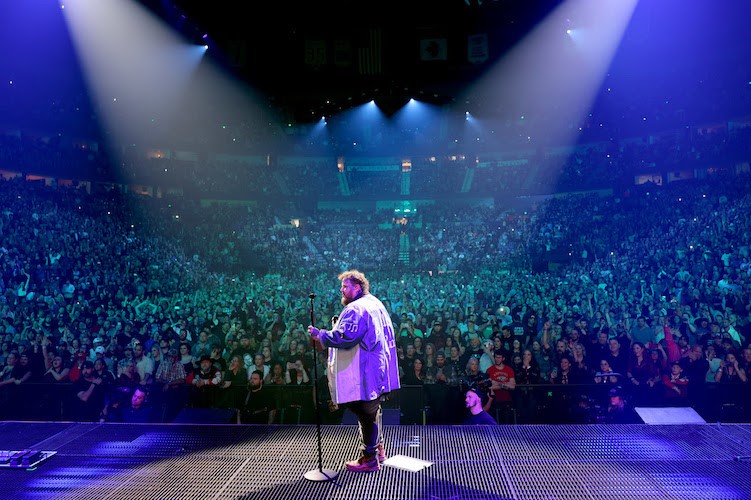 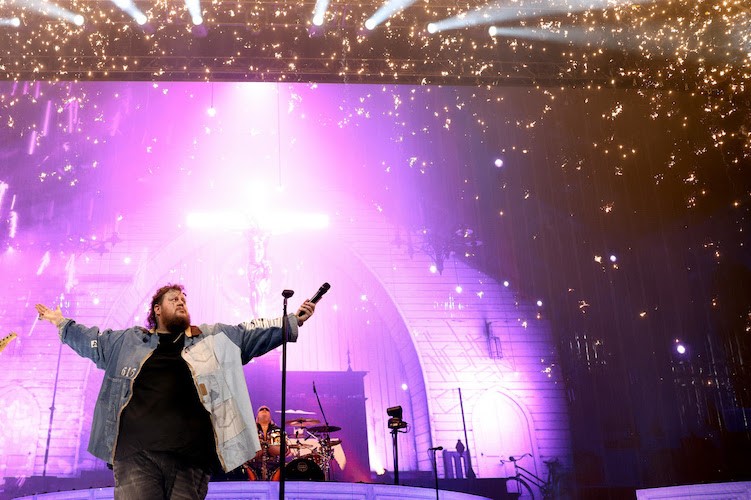 After independently building his own fanbase, the past year has marked Jelly Roll’s biggest to date. Jelly Roll has held the No. 1 spot on Billboard’s Emerging Artists chart for 16 straight weeks – marking the second-longest reign ever on the chart. His Gold-certified single, ‘Son of a Sinner,’ is currently Top 3 at Country Radio and climbing after earning Jelly his first Billboard Hot 100 debut back in July. Earlier this year, Jelly topped the Billboard and Mediabase Rock charts for two weeks with his debut Rock single ‘Dead Man Walking’ – his first No. 1 ever as an artist/songwriter. With ‘Dead Man Walking,’ Jelly became the first act this decade to top the Rock charts while simultaneously having a Top 30 song on Country radio, and he is the first artist in Billboard history to do so with debut singles.  It was just over a year ago that Jelly Roll signed with BMG and sold-out the Ryman Auditorium in under an hour, prompting an immediate invitation to the historic Opry to make his debut.

‘NEED A FAVOR’ marks the latest release of new music from Jelly’s highly anticipated forthcoming album and the second new song release since Jelly’s current single, ‘Son of A Sinner.’ On 2 December, Jelly released ‘She,’ a ballad about the perils of addiction that quickly resonated with fans and that encouraged people, through the music video and Jelly’s partnership with Shatterproof, to seek help with addiction and mental health. Written by Jelly Roll, Austin Nivarel, Joe Ragosta and Rob Ragosta, Jelly’s new single, ‘NEED A FAVOR,’ was inspired by the “the internal fight between faith and vices” (American Songwriter) and continues his path of “therapeutic music.” Of his new music and upcoming album, Jelly shared earlier this month with Billboard, “I want to keep making music that helps people. That makes it worth it.”