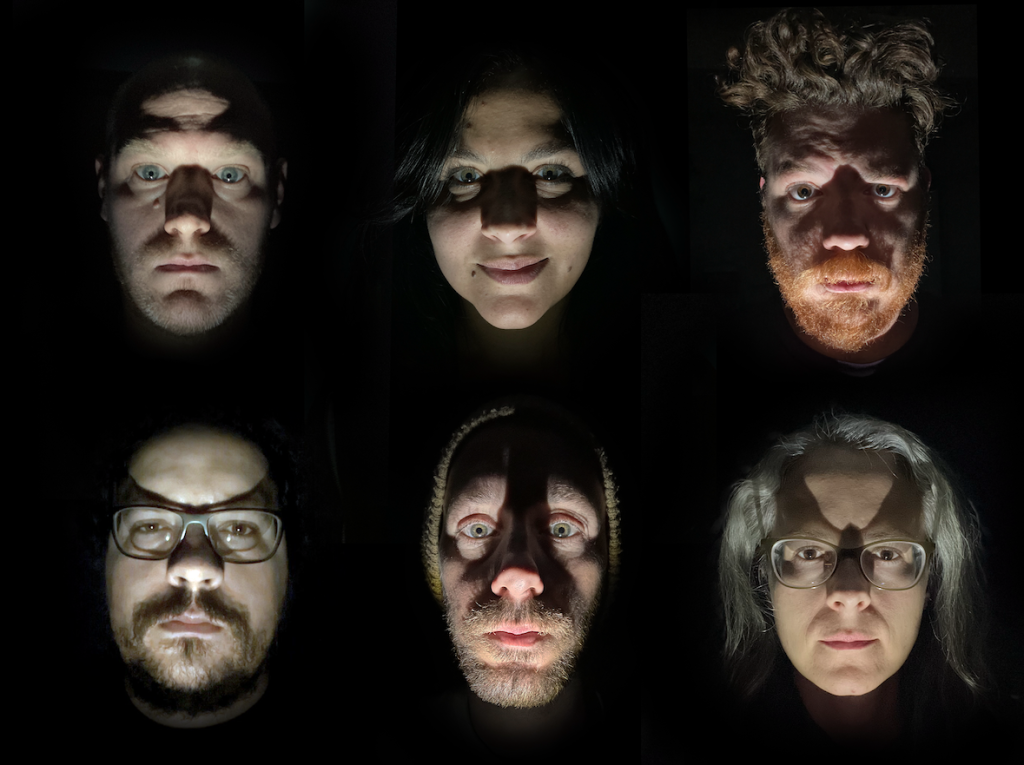 As high school students in Chicago’s suburbs, David Schwantes and Dane Erbach spent the bulk of their gym class brainstorming fake bands with their friends in an attempt to avoid whatever physical despair their PE teachers had in store for them that day. These bands—which included a death metal band called Throbbing Reaper and a ‘80s hair metal rockers Live Wire—never truly coalesced outside of their imaginations despite complete lineups and exhaustive discographies.

The idea of a “skath” band didn’t occur to Schwantes and Erbach until fifteen years later, but it stems from the same strange place: What would a goth ska band sound like, one combined the Misfits’s aesthetic with Reel Big Fish’s goofball schtick? The idea died quickly, another quirky idea that could have fun if there were enough hours in the day .

The band says, “With “Wake the Dead” we wanted a big, menacing sound, worthy of the Lovecraftian horror that inspired it, to balance out the fun, bouncy horn parts that we love to write. We had a great time working to get the vibe just right for this monstrous love letter to coffee.”

Neither Schwantes nor Erbach were strangers to ska and punk music—both were in a ska band in college and worked together on an online database for midwest ska bands in the early 2000s. Both also played pop-punk together until Erbach turned toward other creative endeavors and Schwantes moved to San Francisco. That’s when the whole skath idea crawled out of its tomb and stumbled zombie-like back into their imaginations. Schwantes started writing songs while Erbach put together a team of family and friends to fill in vocals, horns, and organs. They sent recordings and ideas back and forth halfway across the continental United States, intent on seeing this idea through.

Thus, Grave Danger was born. Full of eerie organs and thick horns, their 2018 debut Let ‘er RIP! fulfilled their initial vision with surprising ease. A year later, the band finished Tomb It May Concern, their more realized five-song follow-up. And this fall, they will release “Wake the Dead,” the second of two long-awaited singles following last year’s “Spector Inspector.” With its driving beat and call and response horns, “Wake the Dead” is a song about the amount of coffee required to raise a Lovecraftian beast from its comfy bed that both blue collar and white collar monsters will relate to. The songs features everything a good skath song should: a wagging bassline, swaggering horns, and just enough organs synths make the song spooky, not cheesy (or, well, maybe just cheesy enough). Singer Chris Marcanti’s gruff, soulful singing conjures a Ckthulu-like protagonist to life with promises of caffeine—but will it be enough? 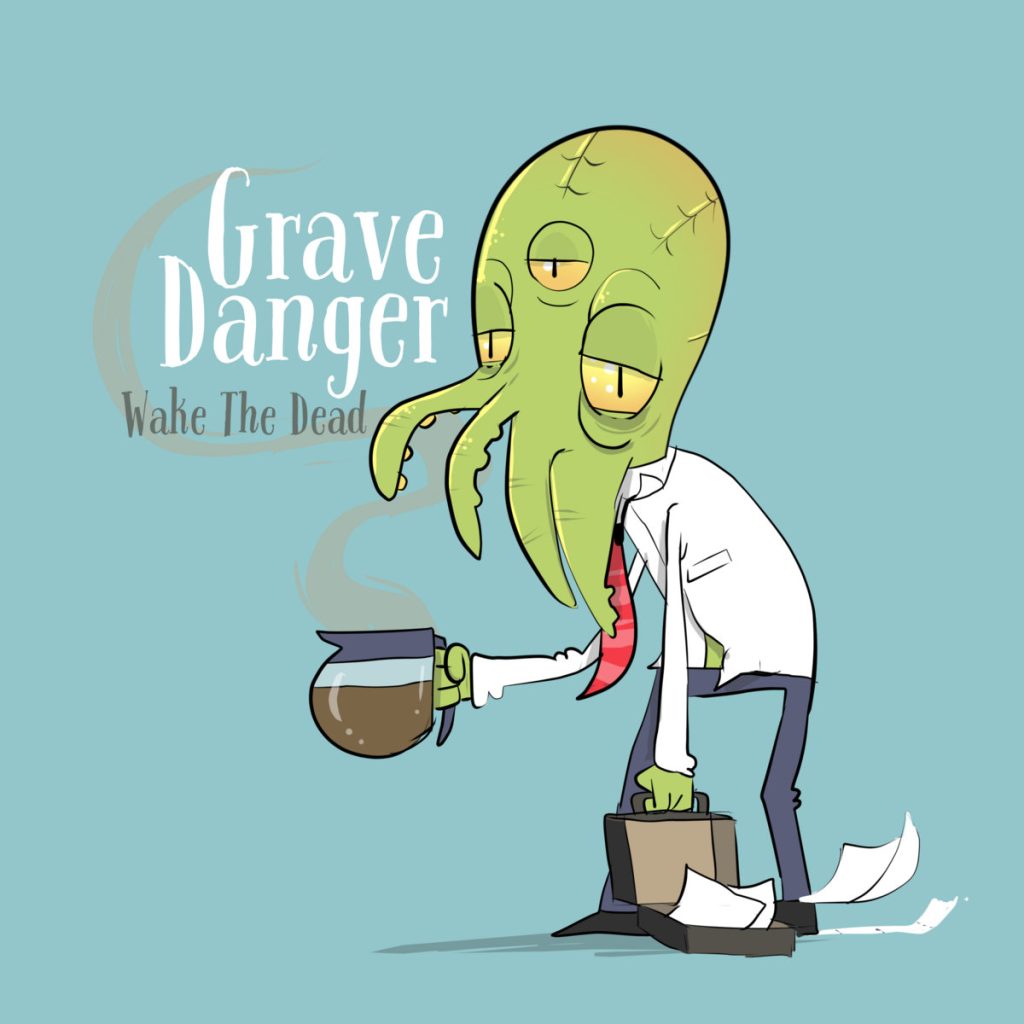 It might be easy to write Grave Danger off as a novelty because, well, maybe it is. But it’s also a daydream realized—or possibly a nightmare. It’s what would happen is Bobby “Boris” Pickett and his Crypt Kickers were still alive and listened to the BossTones: fun and furious music intended to make listeners laugh and dance. Most importantly, Grave Danger is a passion project created by dads and moms, aunts and uncles, software engineers and IT professionals and nurses, managers and entrepreneurs and CPAs, grown-ups who work for nonprofits and public schools—regular people who, every once in a while, want to don corpse paint, pick up their instruments, shake off some dust, and blow the audience away