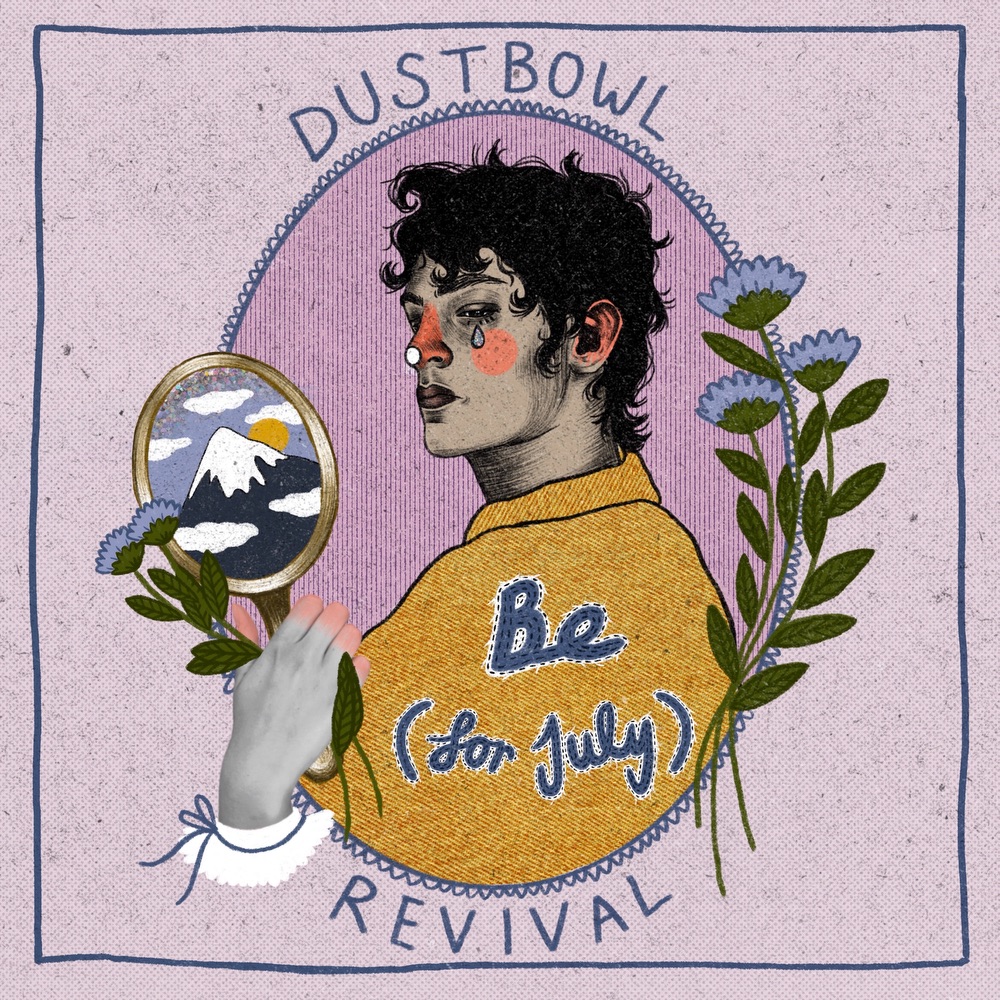 Imagine the most beautiful day of your life becoming the beginning of your deepest trauma.

That is what happened when Dustbowl Revival leader Z. Lupetin took his wife Taylor to hospital to give birth to their daughter July in early 2022. That experience, and the subsequent events, are what inspired Lupetin to complete ‘Be (For July)’, the most intimate and personal song by his group to date.

Lupetin explains that “one minute I was tearfully texting the grandparents across the country, “IT’S A GIRL!”, but the next thing I knew, our lives became a horror film wrapped up in an episode of House inside an outtake of The Twilight Zone.”

Immediately following the delivery of their healthy baby, Taylor began experiencing severe, undiagnosable symptoms and was rushed into emergency surgery. “At first, the doctors had no idea what was happening, and in the process her kidneys completely shut down and blood began clotting everywhere,” Lupetin recalls. “They couldn’t transfuse her fast enough. Even in Cedars Sinai, one of the best hospitals on earth, I saw the fear and confusion on their faces. The situation was dire until they were able to stabilise her.”

On a ventilator at times over the following month and often unable to move or speak, an infection filled her lungs, with Lupetin told that he may need to start thinking about his wife not coming home. “When I sing the line ‘Didn’t I bury your body, and write your epitaph’, it’s hard for me not to picture that exact moment,” he says.

Taylor was eventually diagnosed with the extremely rare condition atypical hemolytic uremic disorder (aHUS), which affects about 400 people in the entire USA. The odds of childbirth activating the condition were a million-to-one. A life-saving medication was administered – and she responded. After an intense battle, she is winning. 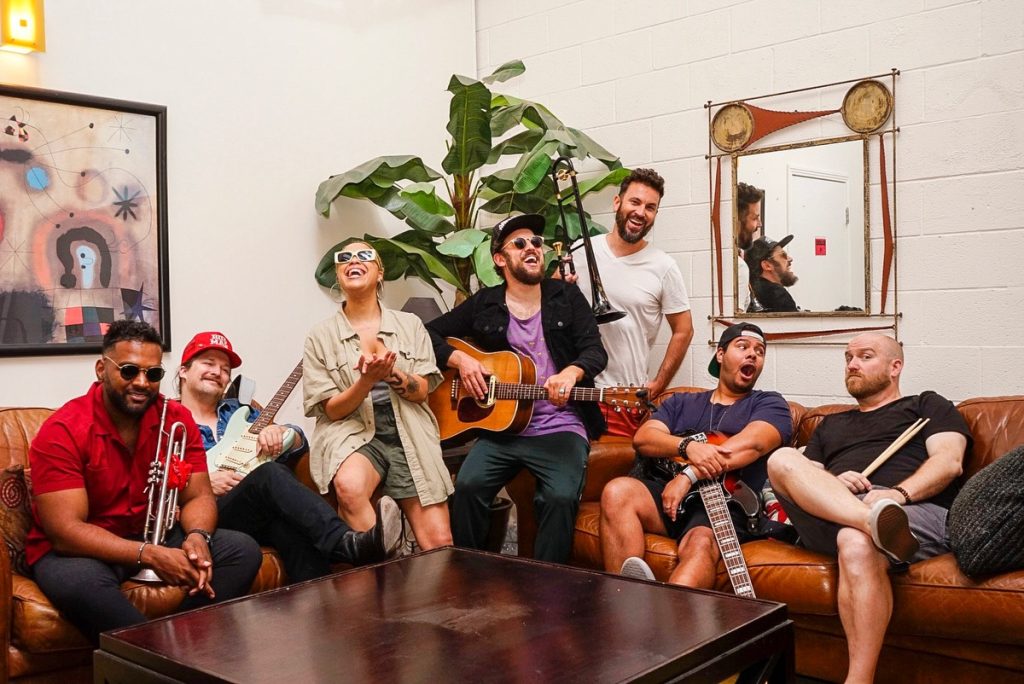 “This song is important to me,” continues Lupetin. “It tries to tell the story of how we got here. I would go home after spending gruelling days at the hospital watching Taylor battle this sinister sickness, and when July fell asleep I would play this song over and over on our piano. It got me through. The chords comforted me. It is about the fear I was experiencing but more about all the hopes I had for my daughter and the time we could spend together as a family – if my wife came home to us.”

The verses eventually unfurling, Lupetin dreamed of his daughter becoming a great pianist, singing along to Billie Holiday. “I also thought about the place that is most special for Taylor and I, Yosemite National Park, and the last time we went, when we were still trying to bring our baby into being.” The recovering family returned there earlier this summer to shoot footage for the song’s VIDEO .

Dustbowl Revival are all about pushing the boundaries of American roots music, specialising in uplifting folk-rock ballads that often tilt into joyful soul songs. Lupetin (who is also a playwright) has recently been taking the group in new directions, mixing in elements of theatre and creating songs that are lushly orchestrated and cinematic in feel.

Having emerged from an enforced touring hiatus, the always evolving group led by its founder members Lupetin, Josh Heffernan and Ulf Bjorlin recently welcomed a new wave of talent that includes co-lead singer Lashon Halley. The new line-up was introduced to UK fans last month on a tour that included two well received sets at the Cambridge Folk Festival. 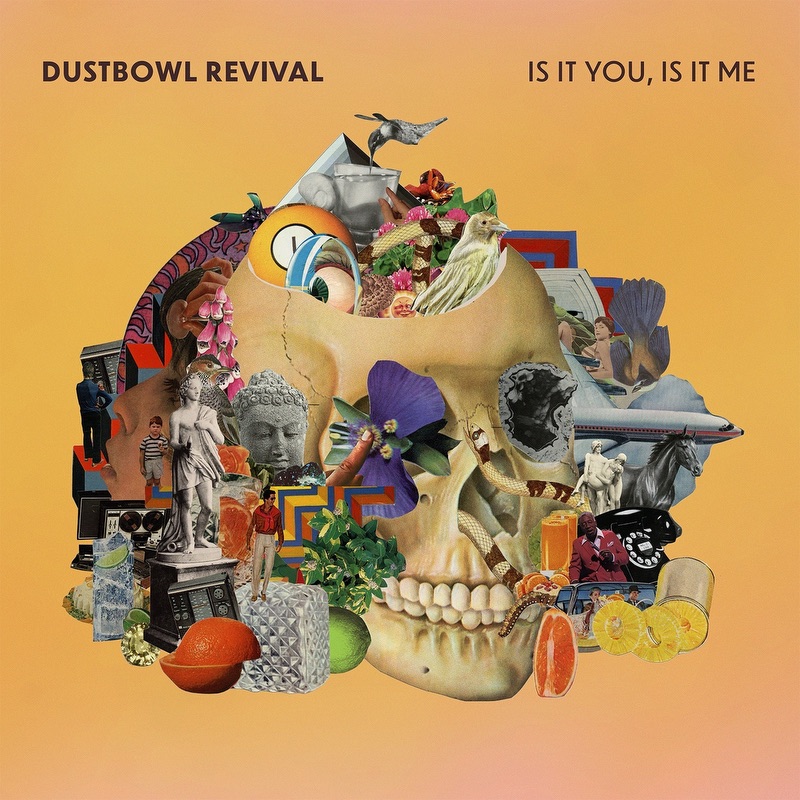 A first single release entitled ‘Lying To Myself’ featuring the new members was released to coincide with the UK dates and can be heard HERE .

Dustbowl Revival began in 2009 when Chicagoan Lupetin arrived in L.A. as an aspiring screenwriter. Swiftly disillusioned with his job in advertising, he placed an online ad seeking musicians who shared his love of Louis Armstrong, Old Crow Medicine Show, Paul Simon, Aretha Franklin and the brass bands of New Orleans, but who also wanted to write songs like Americana pioneers Wilco, Lucinda Williams and Bruce Springsteen.

The group’s most recent album, ‘Is It You, Is It Me’, was released in 2020 and saw them expanding beyond their already genre-defying style to incorporate everything from folk to funk to New Orleans swing and more. Infused with subtle pop sensibilities that enhanced their infectious sound, it earned plaudits from numerous UK publications and airplay on several BBC stations.