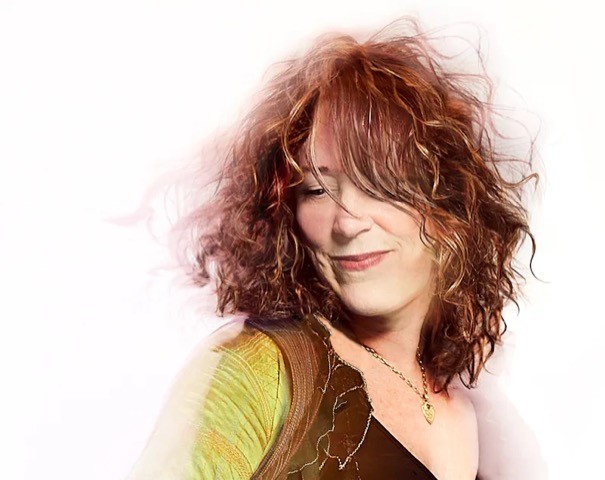 With a career spanning nearly four decades, Beth proves she’s still as vital as ever with what stands as her 15th album.

Produced by 5 time Grammy award winning producer Ray Kennedy (Lucinda Williams, Steve Earle), the album blends elements of classic rock, blues and pop to great effect, demanding attention with its addictive chorus hooks and Beth’s effortless vocals. It’s a deeply personal collection, that explores themes of navigating the ups and downs of life and love, but, as with all Beth’s albums – still with plenty of light at the end of the tunnel.

Inducted into the Songwriters Hall of Fame in 2016, Nashville based, Beth Nielsen Chapman has released fifteen solo albums and written seven #1 hits and songs recorded by the likes of Bonnie Raitt, Willie Nelson, Bette Midler, Elton John and Neil Diamond, plus many more. It’s been four years since her last album, 2018’s ‘Hearts of Glass’ and for the upcoming ‘CrazyTown’ Beth has signed to UK imprint Cooking Vinyl.

Beth says of the album: “‘CrazyTown’ is a collection of songs that reflect all the twists and turns of life, especially reflective of this wild ride we have all been living through. I’m looking forward to hitting the road with this new music finally seeing the light of day.

The first single from the album – ‘Hey Girl’ was an anthemic reaction to the ‘Me Too’ movement, a song Beth calls her “celebratory shout out to our sisters making their way in the world.”

“We were talking about the capacity for survival and overcoming the challenges that are part of being in the world as a female, balancing strength and vulnerability. As the writing of the song progressed, we touched on feeling lost, being taken advantage of, and navigating one’s safety and the experience of not being taken seriously.”

To celebrate the release Rough Trade have a signed exclusive coloured edition of the album. You can also get a personally signed and numbered Test Pressing on the D2C store, along with LP & signed CD via Amazon Pre Order.

Beth will also be returning to the UK for a new 20-date tour, kicking off on 18 October in Stamford. Full dates, dates below. Tickets here.

Twice Grammy-nominated Nashville based, Beth Nielsen Chapman has released thirteen solo albums and written seven #1 hits and songs recorded by Bonnie Raitt, Willie Nelson, Bette Midler, Elton John, Neil Diamond, Michael McDonald, Keb Mo’, Roberta Flack, Waylon Jennings, Indigo Girls, & Faith Hill’s Mega-hit This Kiss, ASCAP’S 1999 Song Of The Year. Her songs have been featured in film and TV and as an artist Beth’s work has been diverse, from singing in nine different languages on Prism (2007) to The Mighty Sky(2012) Grammy-nominated astronomy CD for kids of all ages in addition to her deeply moving body of work as a singer-songwriter throughout her other releases. 2014’s UnCovered in which she reclaims her hits, features legendary guests from Vince Gill to Duane Eddy. Sand & Water (1997), written in the wake of her husband’s death, was performed by Elton John to honor the memory of Princess Diana. In the Autumn of 2016, Beth, along with Olivia Newton-John & Amy Sky created and toured behind an inspiring project called Liv On – A New Album to Aid & Comfort Those Experiencing Grief & Loss While Using the Power of Music To Heal.

Inducted into the Songwriter’s Hall of Fame in 2016, Beth is also a breast cancer survivor and environmentalist and considers herself a creativity midwife, passionate about inspiring others to fully blossom into their creative life.

Throughout her career, Beth has been in demand as a keynote speaker and teacher of workshops on creativity, songwriting, grief, and healing through art, using a unique inspiring approach to tapping into the creative process. She has also taught at Universities internationally including the Royal Scottish Academy of Music & Drama, The Liverpool Institute of Performing Arts, and the Berklee School of Music among others.

Most recently Beth has been invited to be an Ambassador for the Buddy Holly Educational Foundation. www.tbhef.org

With a new UK tour planned for Autumn 2022, Beth will be bringing her 15 solo album, which is confirmed to coincide with her ‘All Around The World’ Tour.