AFTERMATH – Looking Through The Metal Lens 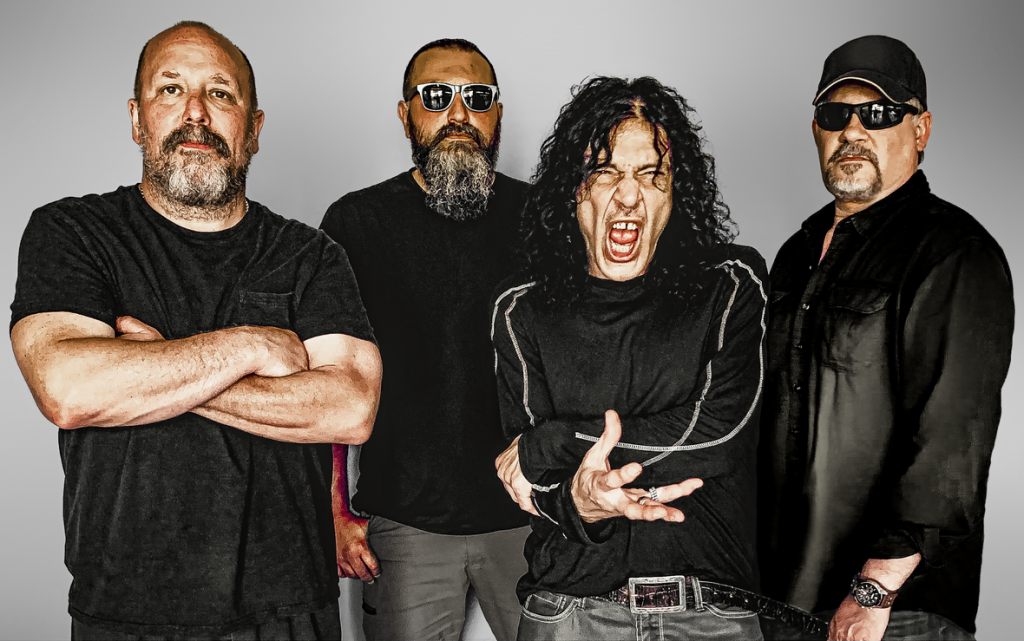 AFTERMATH released their new single “Transform & Disrupt” to all major outlets. This is the second single from the forthcoming album, No Time to Waste due out on March 17, 2023.

The band will release their new album No Time To Waste, on March 17, 2023. This marks the third album in a trilogy, and is a departure from the previous dark, concept album installment in the trilogy. It also includes the band’s re-imagining of the John Lennon classic, “Give Peace a Chance”.

“To Transform and Disrupt the educational system is the message of this track. ‘History is written by the victors’ according to the famous saying, but the saying left out that real knowledge and information is also controlled by them. The education system that we all go through has brainwashed us and indoctrinated us into believing what ‘they’ want us to accept as reality. This allows them to control everything and until we understand that and transform and disrupt this machine, we will never truly be free,” says Kyriakos “Charlie” Tsiolis.

Chicago based Aftermath, fronted by Kyriakos “Charlie” Tsiolis, formed in October 1985 when Charlie and his schoolmate Steve Sacco (Guitar) got together. This early incarnation with Adam (Bass) and Ray Schmidt (Drums) released their first demo in 1986 featuring “Sentenced to Death”, “Revenge”, “Shotgun” and “The Aftermath”.

In 1987, they unleashed their second demo entitled Killing the Future featuring the tracks “When Will You Die”, “Going No Place”, “Chaos”, “Meltdown”and “War for Freedom”. The band pursued a mind-blowing speed and technical brand of thrash that soon set them apart from the pack and in the process made them a pioneering crossover thrash band.

The tracks “War for Freedom” & “When Will You Die” were both featured on the British Metal Forces magazine_compilation LP Demolition: Scream Your Brains Out in 1988. Their appearance on the Metal Forces compilation further expanded the band’s international appeal.

By 1988, the band’s musical direction was changing, and Adam’s raw and simple bass lines would soon be replaced with complex and technical bass parts handled at first by John Lovette. Ironically, John never played bass on any Aftermath recording and was not even a bass player. He wanted to join the band so badly, however, that he came to the audition with a friend’s bass he had just started to play. The speed and complex playing he displayed were like nothing the members had ever seen before on bass. He landed the gig that day. When the band decided it was time to add a second guitarist, Lovette told his bandmates of his desire to switch to guitar and for the first time he came clean he was a guitar player pretending to be a bass player all along. His bass playing was surpassed by his guitar skills and the band found its second guitar player, but unfortunately the search for a bass player was forced to resume. Luckily, the search (for the time being, anyway) ended with Danny Vega. His warm and precise playing was the perfect complement to the guitar playing of Lovette and Sacco and worked amazingly well with Schmidt’s powerful drumming. With Lovette handling most of the song writing duties, Aftermath was about to make an unbelievable musical change.

By 1989, that change brought on by Lovette’s writing and the band’s musical tastes and stylings had slowed and matured as evidenced by the release of the underground classic demo Words That Echo Fear. Danny Vega was replaced on bass by Chris Waldron. The band went onto to become a trailblazing progressive/technical thrash band in the years that followed.

In 1990, based on the huge international success of the Words that Echo Feardemo, the metal label RoadRacer Records (a subsidiary of Roadrunner Records) approached the band for a demo deal, which resulted in a live four track demo featuring the songs “Eyes of Tomorrow”, “Afraid Of Time”, “The Act Of Unspoken Wisdom” and “Reflecting Pictures”. Negotiations eventually broke down and Aftermath signed to New York’s Big Chief Records. The label’s collapse halfway through the recording sessions led to a long delay in finishing the record. While the band struggled to pay the studio bill, the album the band started to record in 1990 would not see the light of day for four years. The experience left the band reeling and forced them to issue the album under their own imprint with the help of their manager through Zoid Recordings in 1994. Four long years had passed since the initial recordings for the record Eyes of Tomorrow and the scene had dramatically changed.

Quite famously, Aftermath, in a notable court case Tsiolis v. Interscope. Records. Inc., 946 F.Supp. 1344, 1349 (N.D.III. 1996) sued high-profile millionaire rapper DR. DRE over the ownership of the Aftermath name. The Rapper tried to buy the name for $50,000, which the band rejected. The band sued him. As part of the settlement, Interscope Records signed the band. To the label’s surprise, the band delivered a record under the moniker Mother God Moviestar. Its eponymous Electro-Metal debut was released in March 1998. The case has been studied in law schools around the US related to the issue of trademark dilution. 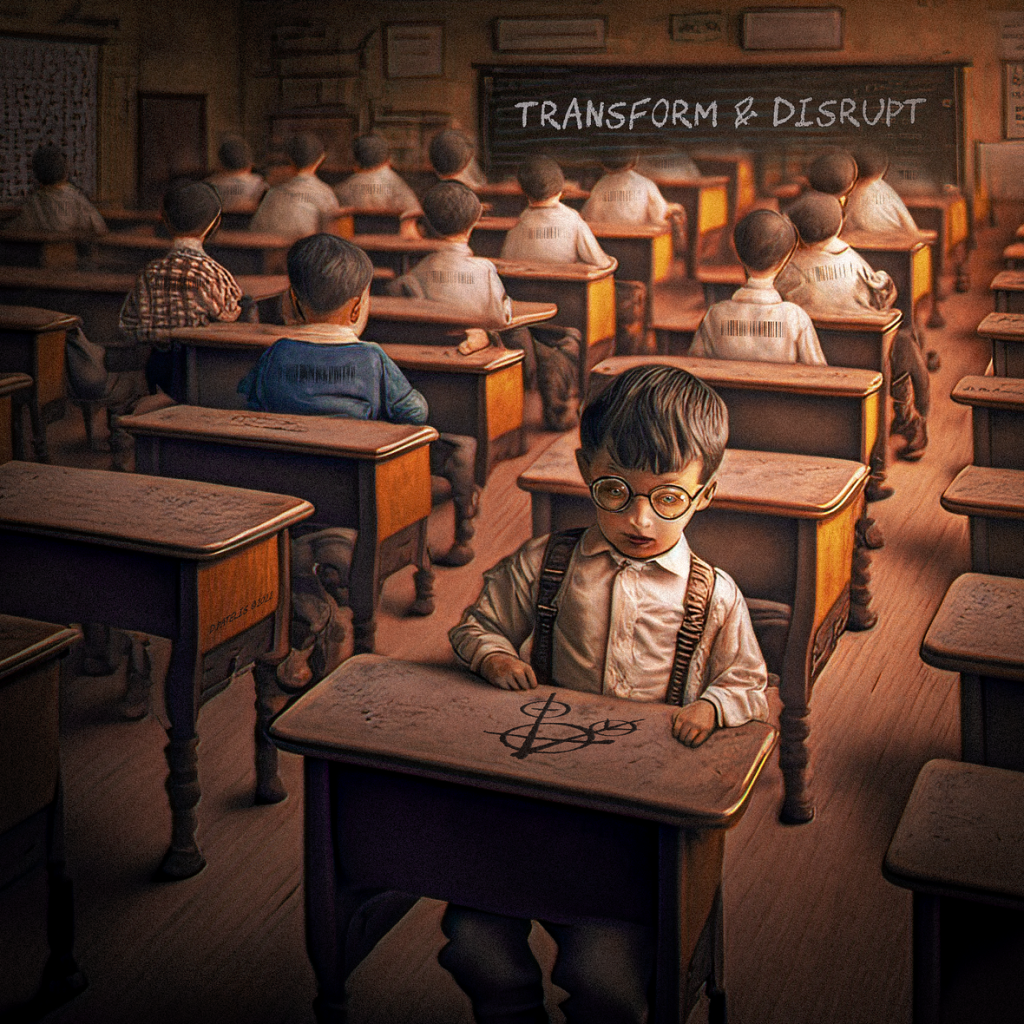 Aftermath has continued to receive critical acclaim as one of the major influences in the genre. The band was featured on pages 9 and 10 of Gary Sharpe-Young’s A – Z of Thrash Metal, available on Cherry Red Books. Aftermath is also given an entire feature section in Alexandros Anesiadis’ 2019 book Crossover the Edge: Where Hardcore, Punk, and Metal Collide.

Twenty-five years after its formation, Aftermath’s music made its return in 2011 with the release of the Box Set 25 YEARS OF CHAOS on Area Death Productionsand the vinyl When Will You Die on F.O.A.D. The reemergence of one of the most original thrash bands ever continued in 2014 with their decision to reunite for several concerts in 2015.

Coming off their first show in 20 years at Ragnarokkr Metal Apocalypse in their hometown of Chicago, the band ripped the stage apart at Headbanger’s Open Air in Hamburg, Germany that summer. In the Fall of 2015, the reunion continued with the reissue of Eyes of Tomorrow. With an expanded booklet and remastered by Paul Logus (Pantera, Steel Panther), Shadow Kingdom Records released the band’s debut along with bonus material. Following this release was the Killing the Future reissue on Divebomb Records. Once again Paul Logus remastered the tracks from their original source and created a wall of sound in the process. Killing the Future, along with the expanded booklet and bonus tracks from the band’s 1986 first demo completed the celebration of the band’s 30th anniversary.

In 2017, the band started writing the material for their new album. There is Something Wrong is an 11-song opus recorded by Chuck Macak. mastered by Ted Jensen and released through Ingrooves by Zoid Entertainment and The Label Group. A concept record in the truest sense of the word, the album features a mix of old-school crossover thrash and technical/progressive metal and is a commentary on what is wrong with the world today. A calling out of the masses to wake up and know the real enemy. The music is urgent, and the lyrics challenge the listener to seek the truth. Aftermath went back to its early days and revived its crossover thrash stylings on several songs, but those are only samples of what the listeners have in store for them once they put on their headphones and listen to There is Something Wrong in its entirety.

In 2020, Aftermath released a re-imagined version of the John Lennon classic, “Give Peace a Chance”.

“John Lennon’s urgent call for peace in Give Peace a Chance is more important today than ever, and our call for peace with this cover is the perfect message to follow up our previous album. We released a dark concept album with a bleak message and felt it was important to follow that up with something positive. The visuals in the video are as important as the lyrics in a way. We live in a visual world today and this video needed to get out the message of HOPE. Having a young girl be the focus of the video was our way of getting that across. Seeing only positive acts when she puts on Lennon’s famous glasses was the perfect visual metaphor. Lennon’s message is transmitted not only through his lyrics but also through the perspective created by his unique lenses” says the band.