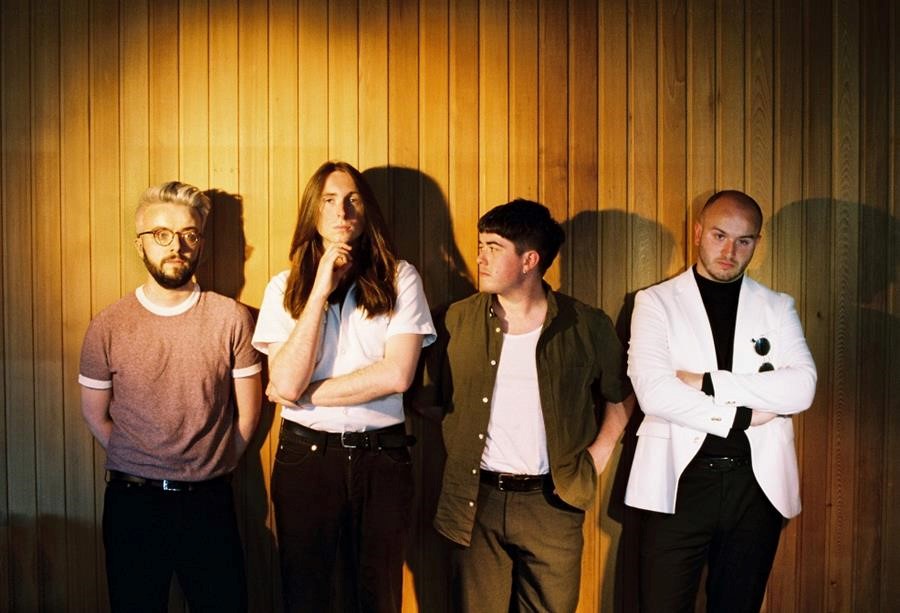 Catholic Action begin their 2020 in technicolour as they share the trippy and fuzzed-out new video for their latest single, People Don’t Protest Enough.

As anticipation mounts ahead of the release of new album Celebrated by Strangers (March 27, Modern Sky) People Don’t Protest Enough continues to catch the ear of the disillusioned many, armed to the teeth with stabbing, politically pointed lyrical daggers. The song is a call to organise and be noisy about what you believe in, as lead singer and guitarist Chris McCrory outlines; “This is Casiotone for the politically marginalised. This is Krautrock for a progressive, positive future.”

Video director Jamie Logie adds; “During pre-production we really wanted to let the song flourish visually. Taking a step back from emphasising the true meaning of the lyrics and giving the composition space to breathe new life, we knew anything could happen on green screen. We created a dreamy post-punk sequence, dipping into futurism amidst staring at our feet.”

On forthcoming album Celebrated by Strangers, Catholic Action find themselves searching for meaning, defining identity, attacking power, pointing fingers and demanding accountability. McCrory adds; “I’m in it to make records that are interesting and matter. We’ve made a record that embraces the negatives – both from a musical and social/political standpoint – sees the humour in them and ultimately turns them into something positive; be that a better outlook, or progressive political action.”

Indebted at times to the progressive ‘70s influences of Eno, Fripp and Talking Heads, Celebrated by Strangers is ultimately the sonic statement of a band inspired by the mire of the now, with a sense of humour, hope, change and proactivity.

Before the album arrives however, the band focus themselves on their first live activity of the decade as they plot a route through the US, in the run up to appearances at SXSW, before returning to the UK for the year’s first city weekender festivals. See the band live on the following dates.