Giving It The Bird – VOLUMES 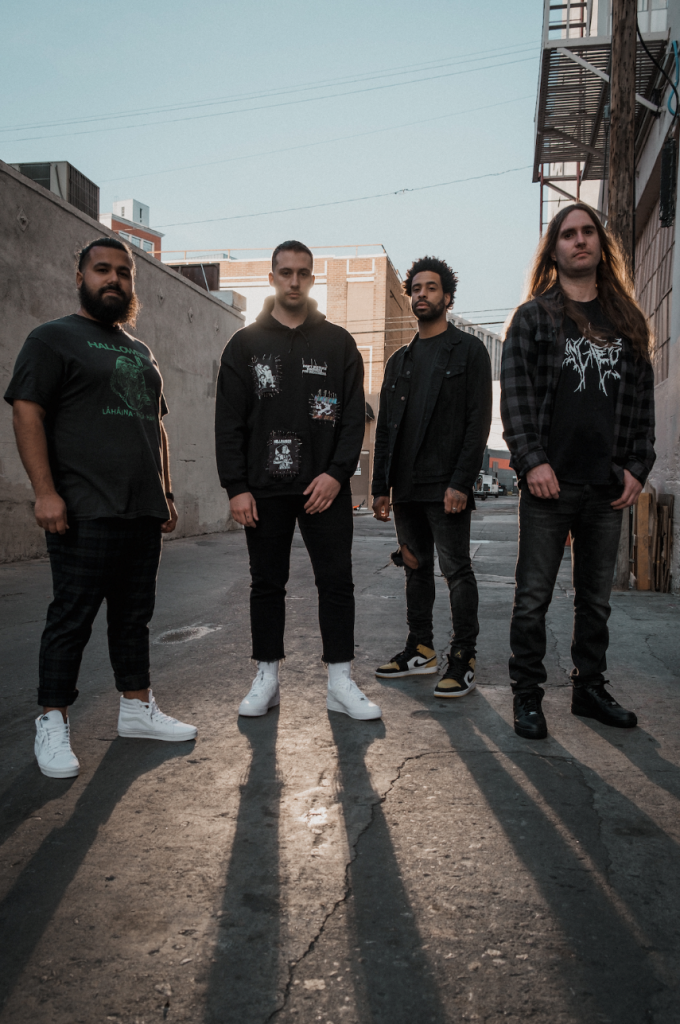 Volumes have dropped the official video for the new song “Weighted.”

“This song is about self-doubt and the shortcomings that come with any type of success,” says singer Michael Barr, who returned to the lineup after a five-year absence this past spring. “It’s about the ups and the downs in life and the interpersonal and irrational conversation you have about convincing yourself into doing things.”

“It’s definitely a fun song,” says bassist Raad Soudani. “It’s a blend of heavy instrumentation with vibrant production with chunky guitar groove on the verse, with a playful vocal melody on top. It’s also got an in-your-face, aggressive catchy hook and a bit of a carefree, middle finger attitude to it.”

These three tracks arrive ahead of the band’s next full length for Fearless Records, due out in 2021.

In 2010, Volumes burst out of the gate with The Concept of Dreaming EP. Via followed in 2011 and No Sleep arrived in 2014 and inspired the enthusiasm of a diehard fanbase. After initially parting ways with singer Michael Barr in 2015, the band maintained its prolific output on Different Animals [2017] and the Coming Clean EP [2019]. Their total stream tally exceeded 40 million as they racked up international praise from the likes of Alternative Press, New Noise Magazine, Rock Sound, Metal Injection, and more. Barr returned to Volumes in 2020.