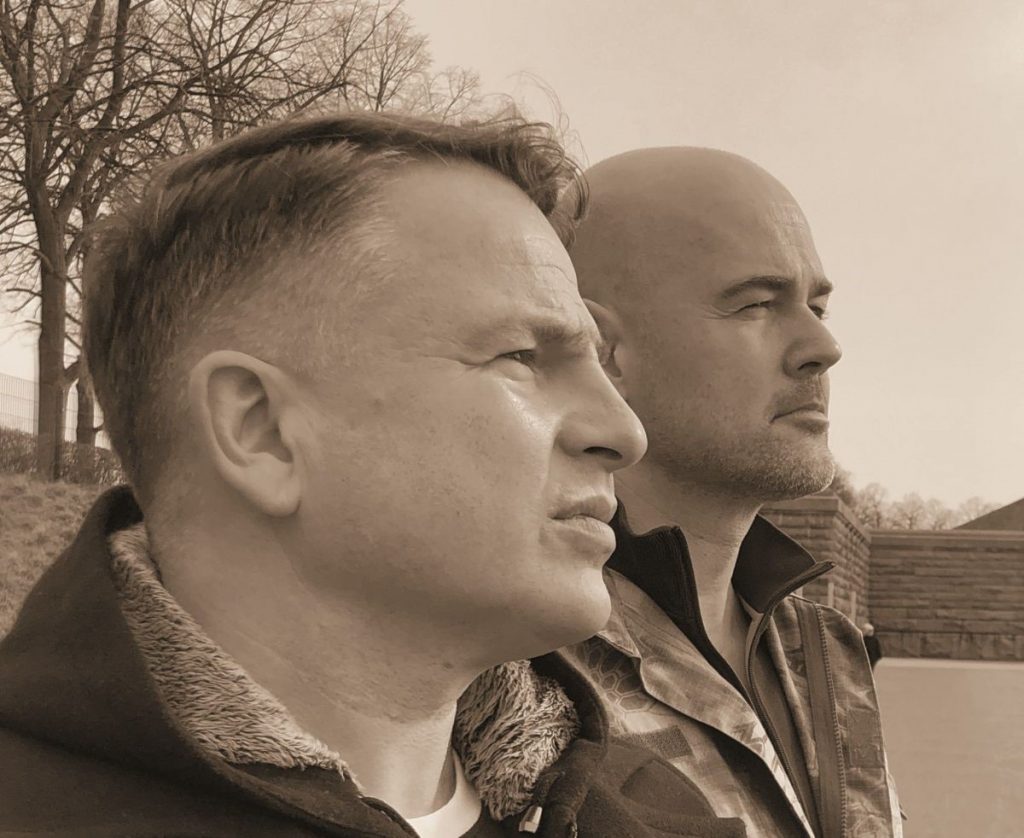 ORPLID have revealed the new single ‘Dunkle Stunde‘ taken from their forthcoming full-length “Death Cult“, which has been scheduled for release on September 25th.

ORPLID vocalist Uwe Nolte comments: ” The song ‘Dunkle Stunde’ is both an attempt and a temptation to try and give a valid image to melancholy”, relates the poet. “A major contribution to this artistic endeavour has been gifted by iconic GDR-vocalist Katrin Lindner: With her mastery and expressive emotionality she has clearly left her mark in this track that has also been influenced by jazz and trip-hop. Never before has sadness sounded so full of beauty!”

ORPLID are the lyrical and musical embodiment of the German Neofolk scene. With their eyes firmly on the past, the duo consisting of poet and singer Uwe Nolte as well as composer and multi-instrumentalist Frank Machau joined forces in 1996 in the Eastern German town of Halle at the river Saale.

“Deus Vult” (Latin: “As God wills”), the infamous motto of the Christian knights, sometimes used to justify ghastly massacres, originates from the First Crusade in 1096. ORPLID chose this motto deliberately as the title of their seventh full-length to illustrate a prominent motive running through their work: fighting and dying for a cause.

Inspired by dramatic life stories throughout history regardless of origin or ideology, Uwe Nolte composed poems about Czech student Jan Palach, who torched himself in protest against the Soviet occupation, communist revolutionary Tamara Bunke as well as the Evangelical minister and physician Kurt Reuber, who painted the famous “Stalingrad Madonna” during World War II.

Musically, ORPLID once again demonstrate their wide range of influences and modes of expression that go beyond the artistic shackles many Neofolk outfits are content to wear. As if to stress this point, the East Germans invited Katrin Lindner, an iconic rock singer in the former German Democratic Republic, to contribute her voice on the track ‘Dunkle Stunde’ and implemented neoclassical elements via pulsing electronics. Completed by an almost gothic reinterpretation of their own classic ‘Das Abendland’, the album also features a cover of Neil Young’s 1975 masterpiece ‘Cortez the Killer’, another statement of intent: “The song is about greed and what happens if we forget what is inherent in us”, Nolte points out. “The present time suffers from alienation – and we are the antidote!”


Available formats
Deus Vult is available as a hardcover CD book (18x18cm, 60 pages) and on vinyl – exclusively as part of the 12LP box set Legatum.

Legatum (Latin: “Legacy”) is the title of a massive wooden box set with 12 LPs including Orplid’s entire discography, with the majority of works released on vinyl for the first time ever. It contains all of the group’s five studio albums, including their new work Deus Vult, and all EPs, alongside 16 (!) additional tracks, partly rare (compilation contributions, bonus tracks), partly unreleased.