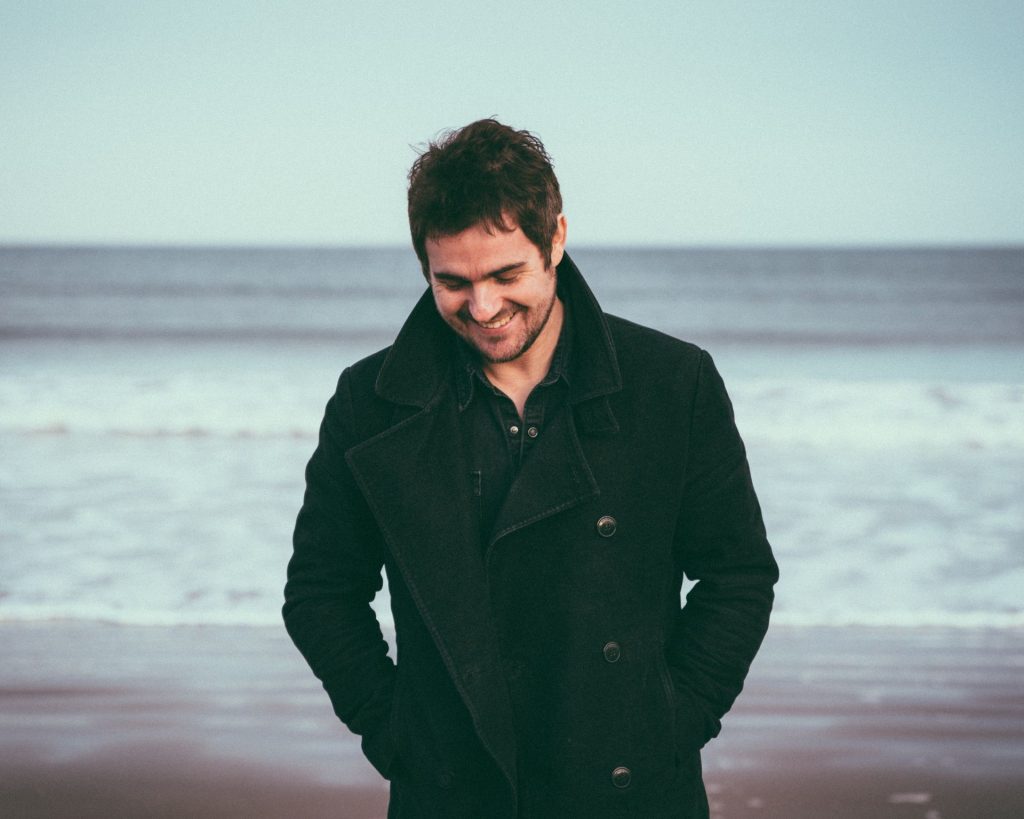 Mike Clerk ‘Thoughts of Fools’ is taken from his forthcoming album The Space Between My Ears – an alternative rock record planned for release in the coming months, which centres around the themes of mental health issues and self reassurance.

His first official video as a solo artist, ‘Thoughts of Fools’ was filmed towards the end of June at the iconic: Cardy Net House, a remote location out on the Fife coastline with a rich cultural history.

Shedding light on the site’s unique setting, Mike says: “The house used to be a Factory which made fishing nets in the 19th century, and was built at Lower Largo on the South Coast of Fife in 1867 by Victorian entrepreneur: David Gillies – a descendant of Alexander Selkirk who spent 5 years as a castaway on a Pacific Island and became the inspiration for Daniel Defoe’s ‘Robinson Crusoe’.”

Aptly feeding into the track’s palpable sense of paranoia and isolation, the video observes Mike alone at a piano in the eerie setting and struggling to focus. Visibly cracking under the pressures of writer’s block, days and nights begin to blur and the very walls appear to close-in around him.

Directed by Sean Defrancesco and with Kieran Howe on Director of Photography duties, the video was shot during the Covid lockdown period within just 24 hours. While the social distancing and hygiene regulations posed their own challenges, the video’s intrinsic use of light and darkness would prove to be less easy to control at such a northerly location at the height of summer…

“In Scotland at this time, it doesn’t even start to get dark until after 10pm” says Mike, “we had all day to do the day shots, and had to go straight into filming through the night to get use of any stage lighting for the alter ego performance phases of the video.”

Stepping away from frontman duties with previous outfit The Lost Generation, his first single as a solo artist finds Mike Clerk returning to music with invigorating form. During his time with The Lost Generation, Clerk took charge of management and booking duties, landing The Lost Generation shows including Alan McGee’s Death Disco, Club NME in London, a close-call with guitar duties for Primal Scream, and appearances as far afield as Europe and the US.

Having realised his heart wasn’t in it anymore, Mike left the band and stepped back from performing for a while to “write for the sake of my own sanity”.

Now back on the scene, he has no shame in displaying his influences through his indie/alt. rock sound that’s still all of his own, although as he says himself: “it’s all turned out a bit Queens of the High Flying Black Rebel Motorcycle Keys to be honest”.

Citing “mending the after effects of historical over indulgence” as the main inspiration behind his new solo material, Mike’s new music packs a gritty alt/rock punch with lyrics unafraid to get personal. Seeking to explore the darker side of the human psyche, Clerk is reading the release of his debut solo album: The Space Between My Ears in the near future. ‘Thoughts of Fools’ is available now on all major digital platforms.