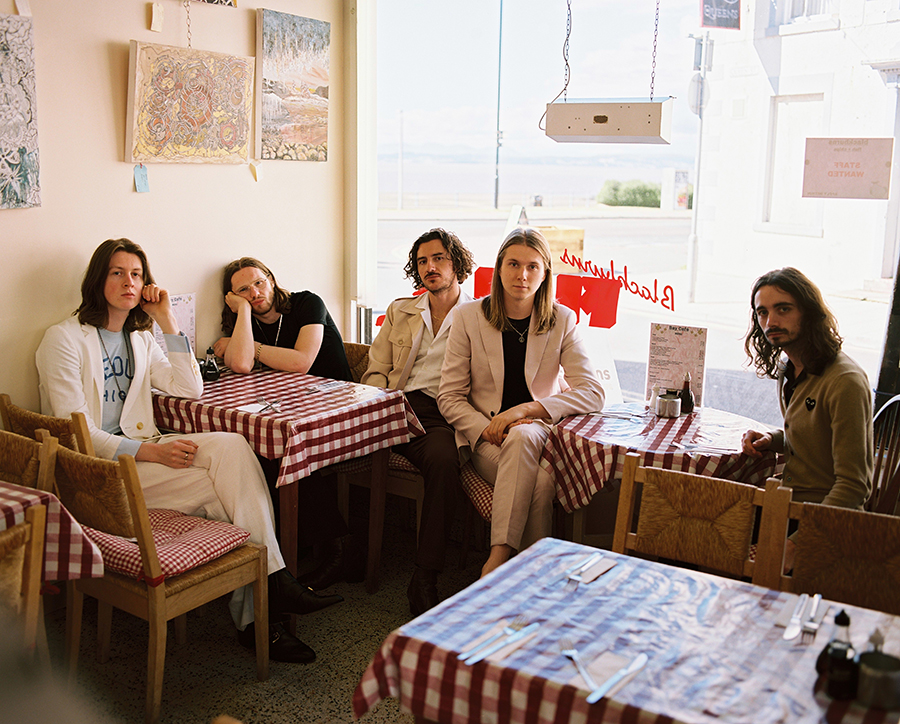 Foolish Loving Spaces was produced by the band’s consistent and talented team of James Skelly and Rich Turvey at Parr Street Studios in Liverpool. Tom Ogden’sincreasingly direct lyrical range turns album three into a romantic page-turner of light and shade, while its divergent moods are supplied by Myles Kellock’s piano and keyboard lines, careering from urgent stabs of TV game show-theme synth to more classic, rolling notes. The record’s multi-instrumental colour and widescreen sound is provided by pedal steel / lead guitarist Josh Dewhurst, while Joe Donovan on drums and Charlie Salt on bass bring fluidly danceable grooves throughout, complemented on occasion by a wall of gospel harmony.

Speaking about the inspiration for the album, the band explains:

The album is a pure celebration of love in all of its splendid and baffling guises, toying with the so-called sins of lust and forbidden infatuation. It’s inspired by a summer spent listening to ‘Stop Making Sense’, ‘The Joshua Tree’ & ‘Screamadelica’.

The band have also announced an extensive UK tour for March 2020, which includes a date at Manchester Arena, as well as three nights at London’s O2 Forum Kentish Town. Tickets for the tour will be on sale at 9am on Friday October 11.

Special guests on the tour will be The Magic Gang, with FEVER opening on all shows 7th – 17th March, and The Lathums opening 18 – 28th March.

This summer saw Blossoms play their biggest gig to date – a triumphant, hometown show at Stockport County’s 20,000 capacity Edgeley Park, which sold out in minutes and was described as a ‘slam-dunk’ by NME. They launched their ‘Blossoms Pubcast’ in March, which has topped the iTunes podcast charts.

Since forming in 2013, Blossoms have enjoyed widespread success and acclaim. Their 2016 debut full length topped the album charts for two consecutive weeks and went on to earn the band BRIT Award and Mercury Prize nominations, while 2018’s Cool Like You charted at number 4 in the UK album chart, spawning the anthemic singles I Can’t Stand It, There’s A Reason Why (I Never Returned Your Calls) and How Long Will This Last?