Reaching For Nostalgia – Dua Lipa Heads Back To The Future 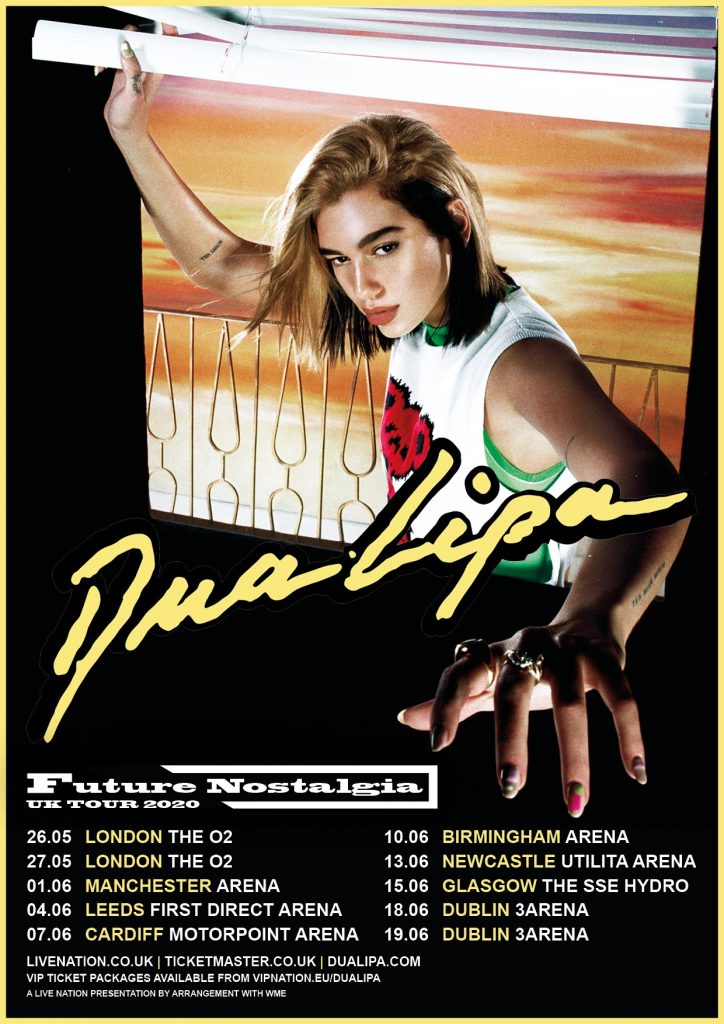 Global Pop Superstar Dua Lipa has revealed the name of her eagerly awaited forthcoming album – ‘Future Nostalgia’ due for release in 2020.

The lead track from the album “Don’t Start Now” is already a massive hit worldwide with over 170 million streams to date. Already an iTunes Global #1, the track is also Top 10 European Radio and climbing and Top 20 US Radio and climbing. Her show stopping Award performances of ‘Don’t Start Now’ at The EMA’s, The AMA’s and The ARIA’s have also dazzled and delighted millions of viewers and fans everywhere. 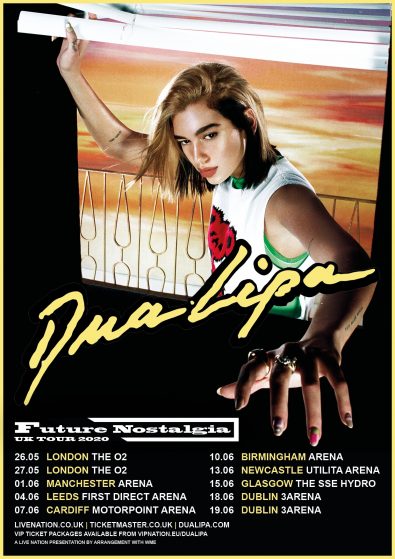 Speaking about ‘Future Nostalgia’ Dua explains “What I wanted to do with this album was to break out of my comfort zone and challenge myself to make music that felt like it could sit alongside some of my favourite classic pop songs, whilst still feeling fresh and uniquely mine. I was inspired by so many artists on the new record from Gwen Stefani to Madonna to Moloko to Blondie and Outkast, to name just a few.

Dua continues “Because of the time that I’d spent on the road touring with my band I wanted ‘Future Nostalgia’ to have a lot more of a live element, but mixed together with modern electronic production. My sound has naturally matured a bit as I’ve grown up but I wanted to keep the same pop sensibility as I had on the first record. I remember that I was on my way to a radio show in Las Vegas thinking about the direction for this new record and I realised that what I wanted to make was something that felt nostalgic but had something fresh and futuristic about it too.”

Measures are being taken to prevent touting of tickets for DUA fans with named tickets in the UK, fan to fan resale options and ticket purchase limits. A Charity donation will be added to all tickets and proceeds will go to Unicef and Sunny Hill Foundation.

Fans should purchase tickets from official outlets only and information will be found on the DUA LIPA website. VIP packages including ‘Dua’s House Party’ will be available from https://vipnation.eu/Dualipa.