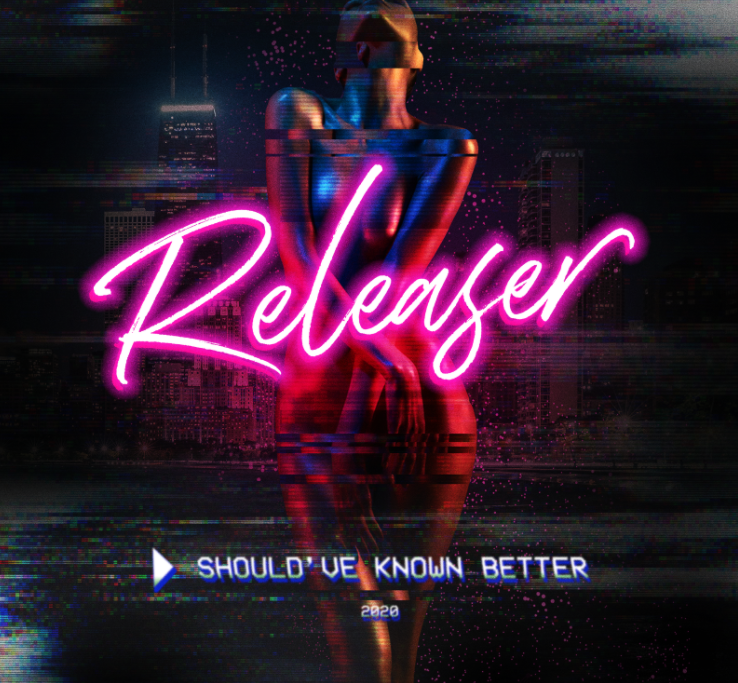 The track was mixed by Nick Rad (ex-Acceptance). The video (streaming below) was directed by Alex Zarek and features musician/actress Valla Di.

The song was given the stamp of approval from Marx himself, who took to social media to sing its praises.

Quote about the song by Stephen Mueller (vocals, guitar):

“I’ve always been a huge fan of Richard Marx. In my early days in bands, my friends would call me the punk rock Richard Marx because my voice kinda sounded like his and I sang songs about girls. Since he’s always been an influence on my songwriting, I thought a great way to pay respect to that influence would be to do a cover of one of his songs. Should’ve Known Better is a perfect choice in my eyes for Releaser to cover. It’s upbeat, catchy as hell, and just an overall great song.”

For the first time in our lives, we recently saw live music come to a total standstill. Chicago four-piece Releaser, however, isn’t letting 2020 slow them down.

Releaser met and assembled with the common objective to deliver you the highest quality songwriting and live performances that their decades of collective grind and know-how could muster. The music is astute and effective. The lyrical content is honest – something too many artists have abandoned in favor of sounding important. The vocals and melodies are the reason you check out new music. These guys will have you singing in your head at work like a pro.

Stephen, Andre, Duane and Jeremy saw in each other the pieces that had been missing in previous projects. With a different atmosphere of talent and trust, a new culture revealed itself: like-minded and hardworking, where the only band leader is the song.

After debuting their EP, Retox, and sharing the bill with national acts like Local H, Lucky Boys Confusion, The Spill Canvas, Punchline, Red Sun Rising, The Black Moods, Them Evils, Selfish Things, Radkey and AM Taxi, Releaser has begun churning out new material for a sophomore drop.

One week away from hitting I-55 south for seven showcases at SXSW, 2020 was gearing up to be a hectic one. We all know what happened next. But this isn’t these guys’ first rodeo in confronting adversity.

Releaser met the challenge by continuing to demo for their upcoming full-length. The band also recorded and shot a video for Richard Marx’s “Should’ve Known Better,” out and streaming NOW.