Borrowing From The Past – Half Past Two 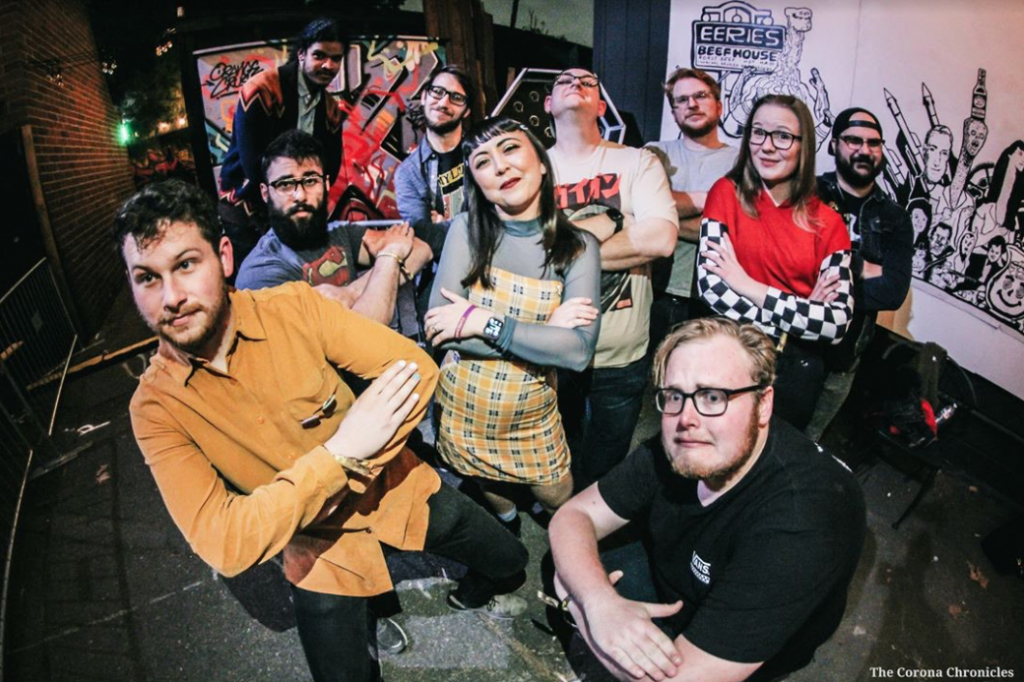 Half Past Two is a 9-piece blend of ska, rock, reggae, and pop punk from Orange County, California.

After five studio releases and over 100 shows to their name, these veterans of the live local scene carry headlining credits at the House of Blues Anaheim and Chain Reaction, and have supported national and international touring acts including Reel Big Fish, The Aquabats, Less Than Jake, The Skatalites, RX Bandits, The Selecter, The English Beat, Mustard Plug, The Toasters, and Pato Banton at venues including The Grove of Anaheim, The Glass House, The Observatory, 924 Gilman, The Phoenix Theater, and The Catalyst. HALF PAST TWO’s strong connection to the Orange County music scene is evidenced by an Orange County Music Awards nomination for Best Alternative Band, airplay on KROQ FM radio, claiming the Number One track for 2014 on Tazy Phillipz’s Ska Parade internet radio show, and inclusion in the 2016 indie movie “Confessions of a Womanizer” (featuring Gary Busey and C. Thomas Howell).

Half Past Two is: