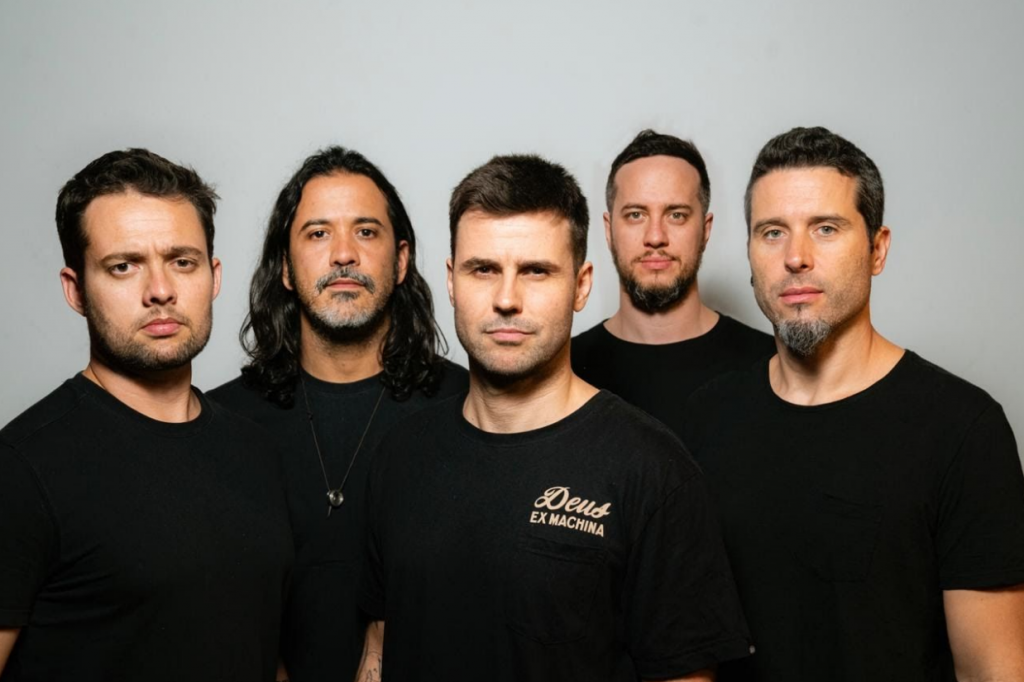 Ego Kill Talent ​— Jonathan Dörr [vocals], Jean Dolabella [drums, guitar], Raphael Miranda [drums, bass], Niper Boaventura [guitar, bass], and Theo Van Der Loo [bass, guitar] — had to revamp and revise their album release and extensive touring plans due to the global shutdown that was a result of the COVID-19 pandemic. The band is now ready to share an update about their release plans and more.

Ego Kill Talent have announced the title of their upcoming second album, due out later this year via BMG. The album is called ​The Dance Between Extremes​.

The band also shared three tracks from the record — dubbed “Part 1, The Dance”  — as well as the video for “​The Call​.” Watch it here. “‘The Call’ is a sonic invitation to fall into the abyss of our own mind and soul,” explains Dörr. Ego Kill Talent previously shared the video for “​Lifeporn​” and the single “​NOW!​”

Ego Kill Talent are also embarking on a virtual digital tour later this Summer and Fall. Details about this digital tour are coming soon. Prior to the industry-wide pause on live shows and touring, the band had booked 35 shows and 21 key festivals across three continents, which included stadium dates with Metallica, arenas with System of a Down, and more.

The São Paulo, Brazil quintet has already made friends rock luminaries and has built up a beyond impressive touring history, having shared stages with genre behemoths like Foo Fighters, Queens of the Stone Age, System of a Down, Shinedown, and more. Four of the band members are known to quickly trade instruments amongst themselves within their set and while playing, making for a thrilling spectacle of a performance.

Ultimately, Ego Kill Talent unite heavy music integrity and pop ambition, universal appeal and South American flavor, and tight songcraft and instrumental fluidity. Streamed over 20 million times as of 2020, awarded a coveted 5K! rating by international tastemaker ​KERRANG!​, and handpicked as an opener for Foo Fighters, the band achieves a seamless balance on their second full-length record, ​The Dance Between Extremes,​ which will be released via BMG this year.

Ego Kill Talent formed back in 2014. A year later, they caught local radio play for the debut single “Sublimated” and landed on the bill for ​Lollapalooza Brazil​. The track ignited streaming platforms worldwide and held a spot in the Top 5 of Spotify’s Viral Top 50 in the UK, France, and Portugal as well as in Brazil. Their self-titled 2017 full-length debut made waves around the globe as they supported System of a Down and Within Temptation in Europe and graced the stages of Download​ ​Paris (which scored the perfect ​KERRANG!​ review), Rock in Rio, Santiago Gets Louder, Rock Am Ring, Rock Im Park, Graspop Metal Meeting, Download Madrid, Nova Rock, and more. Due to overwhelming support, they won a 2018 Foo Fighters fan club poll and ended up supporting the rock icons and Queens of the Stone Age at five stadium shows across Brazil.